When you see a student with a yellow wrapped block, in a brown paper bag you know where they have been. Oscar’s Very Mexican Food is known for their greasy, craving burritos holding French fries, ground beef, and shredded cheeses. The popular local, fast food restaurant draws many Christian Brothers students to grab Mexican food, especially […]

When you see a student with a yellow wrapped block, in a brown paper bag you know where they have been. 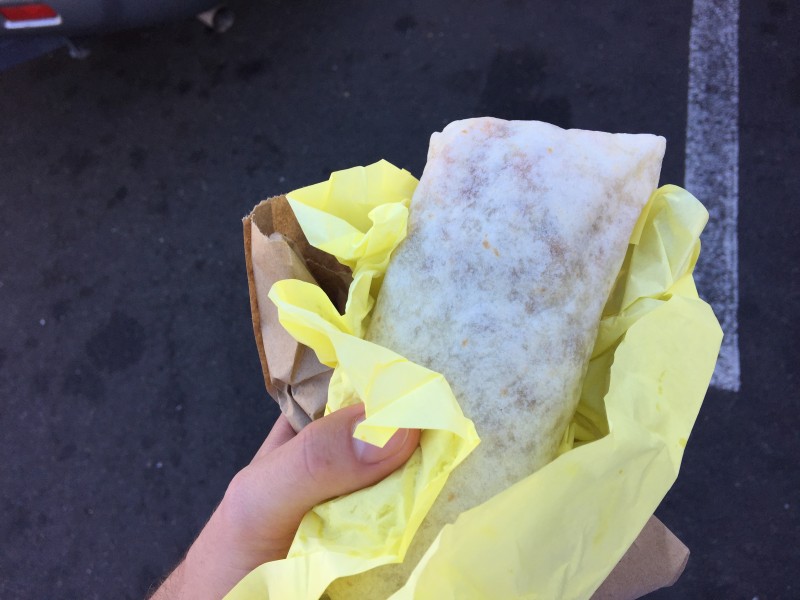 CB students are roped in by temptation of other students asking the simple question of “Wanna go to Oscar’s?” Most students go after after school activities, like sporting events, practices, or rehearsals.

Owen Hunt (’18) says that he craves Oscar’s around 6 PM, a casual dinner hour. He was shown the local burrito restaurant by his older sister, Sabrina Hunt ’14, proving that the famous Oscars is a total CB thing. The tradition is passed down from sibling to sibling to make it a known thing that Oscar’s is the place to go when you’re hungry. The familiar scene is a place where students will always see people they know.

Jacob French (’16) told the story of his first experience at Oscars,

“One of my friends after school, on a final day, everyone was like, ‘Wanna go to Oscar’s?'” the varsity football player says. “It has changed my life ever since.”

For French and many other football players, going to Oscar’s has become an after practice ritual.

“Right after football practice, I can feel it at the end when we are conditioning, I just think OSCCCARRRRSSS.”

This senior and many other students order the most basic burrito,

“Every time I go to Oscar’s I get the California burrito with a raspberry ice tea Arizona.”

Most popular times for the weekends are around 12 PM and dinner, around 6 PM. Of course, whenever there is a sporting event at Christian Brothers, the interest spikes.

There is never a bad time for a two pound burrito, whether it is breakfast, lunch, or dinner.