After Sacramento’s long off-season of training and key acquisitions, CB students are excited for the Kings season in a quest to take the crown. Don’t blink basketball fans, the newly revived Sacramento Kings are back in action. The 2015-2016 campaign tips off at 7 PM Wednesday at Sleep Train Arena against the Los Angeles Clippers. […]

After Sacramento’s long off-season of training and key acquisitions, CB students are excited for the Kings season in a quest to take the crown. 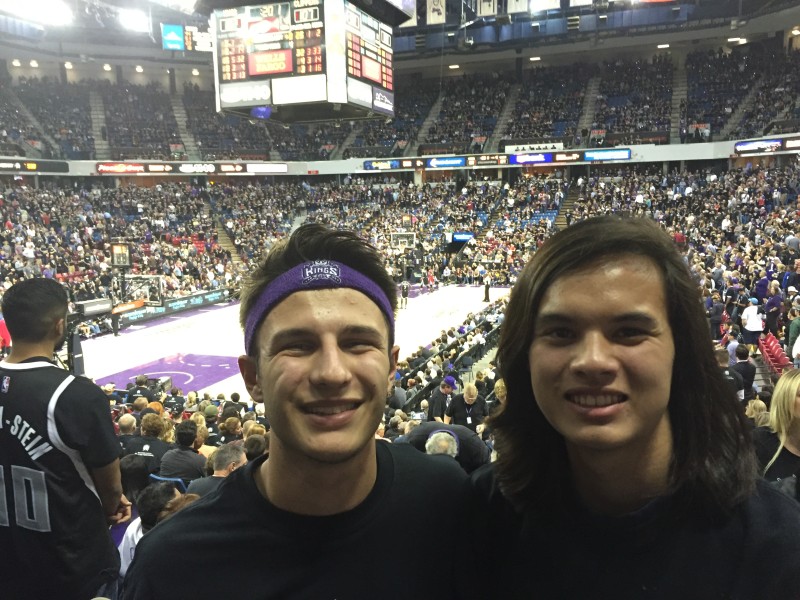 Don’t blink basketball fans, the newly revived Sacramento Kings are back in action. The 2015-2016 campaign tips off at 7 PM Wednesday at Sleep Train Arena against the Los Angeles Clippers. Expectations are higher than ever this season as there are plenty of new faces in purple and black.

Leading the charge this year for the Kings is new head coach George Karl, who took over last season after the All-Star break. The Kings had a 11-19 record under Karl, but the 2012-2013 NBA Coach of the Year looks to implement his high basketball IQ for a bounce back season and hopefully lead a playoff charge.

There are many returning players this season, such as All-Star center Demarcus Cousins and proven veteran forward Rudy Gay.

CB basketball player Jake Fuhs (’16) explains that Demarcus is not only a role model for his play, but also for his style.

“Demarcus’ headband really adds some style into his game which makes him even better,” the senior says. “I’ve started wearing a headband just to look like him.”

However, the newly acquired players and draft picks are what have Sacramento fans in a tizzy.

The biggest acquisition of the off season is nine-year point guard Rajon Rondo, who played the previous season with the Dallas Mavericks and helped lead a playoff charge. The veteran’s previous eight years were spent playing with the Boston Celtics where he won an NBA Championship. The NBA champ is a true floor general and is the type of leader the Kings need to take the next step into becoming a playoff team.

Apart from adding the veteran talent, the Kings were able to pick up young talent in the 2015 NBA draft. With the 6th overall pick in the draft, the Kings added center Willie Cauley-Stein. The 22 year old spent three years playing at the University of Kentucky where he won a National Championship his Freshman year.

Cauley-Stein may be a rookie, but the expectations are high as upcoming star is declared the starting power forward in his NBA debut and season opener.

As for expectations for the 82 game long season, Kings fans are optimistic and hoping to see a playoff appearance ending a nine year drought from the postseason.

“This season should be special because there are a lot of new players that I think will be able to positively contribute throughout the season,” says Kings enthusiast Jack Scurfield (’16).

Current season ticket holder and CB and Talon alum James McCauley ’15 insists that the Kings will return to their former glory this season.

“I’m excited to be a season ticket holder this year because I believe the franchise will take a huge step forward and it will be great to watch the season unfold firsthand,” he says.

There is no questioning fans’ loyalty towards the Kings and anticipation for the teams 2015-2016 season. The Kings franchise is eager to restore championship basketball back in Sacramento and hopes to take the first step tonight with a season opening win.