Everyone knows dog is man’s best friend, but what about a donkey? Christian Brothers students prove just how unique their furry friends can be. Dogs and cats are generally the first animals that pop into your head when you think of pets, with the occasional lone goldfish. However, the diverse Christian Brothers community has an […]

Everyone knows dog is man’s best friend, but what about a donkey? Christian Brothers students prove just how unique their furry friends can be. 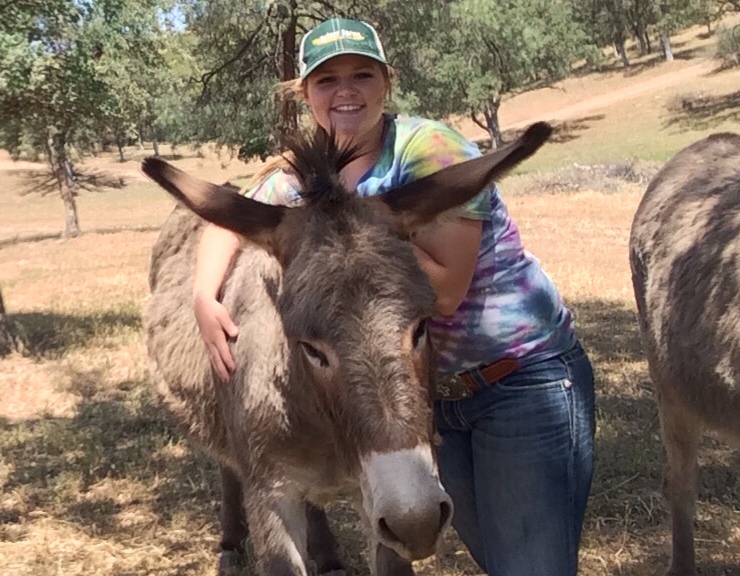 Dogs and cats are generally the first animals that pop into your head when you think of pets, with the occasional lone goldfish. However, the diverse Christian Brothers community has an even more diverse array of pets, ranging from chinchillas to ducks to even a donkey.

Looking like the product of a drunken night between a squirrel and a hamster, the chinchilla is indeed a unique pet. Zach Lau (’18) has a chinchilla, a prime example of the perfect ball of fluff to make this list.

Mochi, Zach’s four year old chinchilla, has the “mentality of a spry puppy,” is extremely playful, and favors the occasional belly rubbing session, according to the sophomore.

Privy to the water crisis crippling California, Mochi forgoes traditional baths, opting for dust baths in order to maintain the pristine condition of her luscious grey coat. Scurrying around the house, Mochi explores every nook and cranny, always ready for a game of hide and seek, until she is sent back to her cage for the night. A one-of-a-kind amongst CB pets, Mochi truly is a unique creature.

With their children having grown out of the house, art teacher Mr. Rob Boriskin and his family decided to invest their time and energy into another task. And what better than to lovingly raise horses, one of their passions.

Tucker, a 12 year old horse, is classified as a breed of horse called paint, due to his speckled coat. His young apprentice, Scout, the newest addition to the Boriskin family, is a 3 year old quarter horse, brought in to replace the aging Tucker in the horse events.

With a mottled and immaculately groomed coat that gleams in the sun, their horse Tucker takes his place among his fellow horses, set in formation, rider astride, ready to kick off the drill event. Mr. Rob Boriskin cheers on his wife, and horse, as they gallop in sync with the rest of the team.

Though their animal could be described as a stark contrast to the horses, Jack (’16) and Sophie Graham (’17) own a similarly energetic creature. Take a dive into the Graham’s pool and you might find yourself face to face with Henrietta. No, Henrietta isn’t their grandmother taking a leisurely dip in the pool, but simply a duck.

Not even a year old, Henrietta quacks mockingly at her wild counterparts, as they painstakingly migrate south for the winter. Heartily munching on her meal of grains, Henrietta quacks around the house, doing her own thing, much like the independence of a cat. While ducks are a common sight among Sacramento, several wilder creatures lurk not too far.

Donning her cowboy boots and hat, senior Sarah Driver (’16) grabs her lasso, and goes about wrangling her cows, horses, and donkey, the spitting image of a cowgirl from the Wild West. Her farm, which she and her family diligently toil on, is home to a wide collection of creatures, the two most notable being a gaggle of donkeys and a baby cow.

Better classified as a calf, the three week old cow begins his cushy life midst the ranch, his sole purpose when matured to spread his genes among as many lady cows as possible. Favored by Sarah, four year old Katie is one of four donkeys in the Driver family. The life of the party, Katie performs a variety of tricks, vying for the full attention of her audience. Her friendly demeanor holding no bounds, Katie’s posse of friends growing larger with each stranger she meets.

The unique CB community bumps the weirdness scale up with their menagerie of pets. The next time you feel the need to visit a zoo, save your money and hit up these CB students for a beast of a time.