You are here: Home \ Community \ Featured Posts \ Remember That One Time…
Community
0

Remember That One Time…

Some days are all smooth sailing, but others can be a bit more of a hassle, especially if it starts out with a less than ideal morning. Everybody has had “that” morning or even “that” week. The time where everything seems to go wrong, that will inevitably be forever ingrained in our memories. And all […]

Some days are all smooth sailing, but others can be a bit more of a hassle, especially if it starts out with a less than ideal morning. 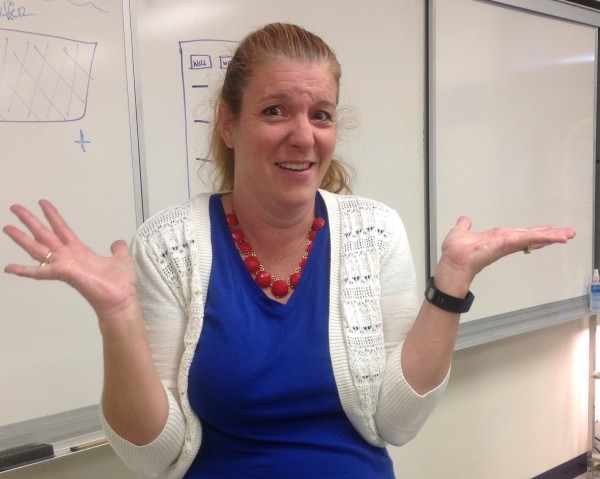 Everybody has had “that” morning or even “that” week. The time where everything seems to go wrong, that will inevitably be forever ingrained in our memories. And all you can really say to explain is it was just one of those times…

My “that” morning was during my junior year.

Rewind back to almost a year ago at 6:00AM when I should have been waking up, but instead was still sleeping soundly.

I woke to my dad shaking me and quickly realized that I had set my alarm to 6:00PM instead of 6:00AM. So only 12 hours later than when I needed to get up. No big deal.

It was 6:45AM when I finally woke up. That of course is the time I usually left from my house in Woodland in the morning in order to drop my dad off at work and my brothers at school in Davis.

As you can imagine, I rushed around for the next 10 minutes and inevitably ended up forgetting both my lunch and the fact that I still needed to turn in my essay to turnitin.com for Ms. Cassetta’s class by 8:00AM.

I sped my brothers and dad to Davis and hit the road to Sacramento.

For those of you Yolo County commuters, you know that when you take 113 to I-80 you’ll always hit traffic after about 7:20 when you go across the causeway.

But fortunately for me it was only 7:15. So I was feeling pretty good, congratulating myself that I had somehow managed to stay on track.

Well in the process of my premature celebrations, I missed the flyover to get from 113 to I-80 and had to take a round-a-bout country road in order to get back to the highway.

By that time it was well past 7:20 and the dreaded commuter crush was in full force.

This morning, the car backup was especially bad for no particular reason except that it was apparently my unlucky day.

7:30. I drummed my fingers on the steering wheel wishing that people would get off the road so I could get to where I needed to go.

Skip ahead to 7:45 and I had finally made it to Sacramento. Nothing too crazy had happened on the car ride up and I was feeling pretty good. When I left the house that morning I was sure that I’d be at least 20 minutes late, but somehow I had managed to get to Sacramento with some time to spare.

At this point I’d get there, park, and maybe walk into my A set 5 minutes late. Nothing else could go wrong, right?

Boy, was I wrong.

The traffic back up getting off at the 12th street exit looked horrible so I decided to take a new route and continued up to Fruitridge Boulevard.

That exit was looking pretty clear, but it was a little later than I expected. 7:52ish.

It was in that moment when things were looking up, that my stomach dropped.

I had forgotten to turn in my essay to turnitin.com.

It was the first formal essay of the year and I did not want to start off the semester with an F because of my forgetfulness.

I pulled into a parking lot at a random store and pulled out my iPad to upload it. I simultaneously realized two things. One, I didn’t have internet connection and two my essay was saved to my computer at home, not on my ipad.

My last resort was to pull out my phone and call my mom, because who else do you call in a time of crisis?

I ended up having to walk her through logging in, uploading, and saving my submission to the anti-plagiarism website that all of our literature teachers love.

It got uploaded at 7:58, two minutes before the submission box closed.

At this point, I was so relieved to have successfully uploaded the essay, but I still had to get to school.

I drove the remaining 5 minutes to school, which ended up taking close to 10, as I managed to hit every single red light from point A to point B.

I finally pulled into the parking lot at 8:10 and could not for the life of me find a parking spot.

The one open spot I eventually came across was between a car that was parked right on the line and the curb.

To keep this part short, it took me multiple tries and a few rough encounters with the curb to maneuver my way into that tight spot.

Out of breath, I rushed into my A set at 8:25 to which Mr. Hood barely glanced up from his lecture and went back to teaching US History.

Imagine my relief when I heard from fellow Falcons that they too have had some less than desirable mornings or even weeks.

For Ms. Nicole Brousseau, mornings were a daily struggle for a long time.

With four kids to drop off at four different schools, not to mention getting herself to school all in about an hour, mornings rarely ran smoothly around her house.

“I would leave my house at 6:50 in the morning and start off by dropping the baby off at 7:00am. Then I brought the next one over to preschool at Gloria Dei, then I dropped the next one off at Sutter [Middle School]. And finally I would drop the last one off at his high school,” she explains, laughing at the insanity that was her every morning for almost a year.

“Oh and then I got to come all the way back to CB and try to screech into the parking lot by 7:55.”

But despite a flat tire on morning and being stranded on the side of the road, Ms. Brousseau says that nothing too crazy ever happened in the mornings besides attempting to juggle all her kids’ schedules.

Adriana Alvarado (’16) didn’t just have a bad morning, or even a bad day, but a bad couple of weeks.

“My family was in Mexico on vacation one time and we got a call saying our house had been robbed,” the senior says. “Then a week later, while we were still out of town, we got another call that our house had flooded.”

But that wasn’t the end to Adriana’s bad luck.

“We found her three days later, when we finally heard her meowing from the closet.” she says of her unfortunate experience. “She has no survival skills.”

If all that wasn’t enough, Adrianna adds one more misfortune to the list —  her dog also escaped from the house it was staying at while they were on vacation, so they had to track that one down as well.

These kinds of stories may seem like the end of the world in the moment, but they sure are hilarious when you tell them later on. I’m sure every one of us can recall the one day where everything went wrong, but thank God that “that” day is over.