Wonders Of The iPad Help Window

Contrary to popular belief, the school’s Firewall is not controlled by the Holy Spirit.  In between the senior wall and the counseling center lies the most magical room on CB campus. The iPad Help Window. The men working behind all of our thoroughly enjoyed technology are Mr. Jeremiah Sheckler and Mr. Jesse Ball, who both […]

Contrary to popular belief, the school’s Firewall is not controlled by the Holy Spirit. 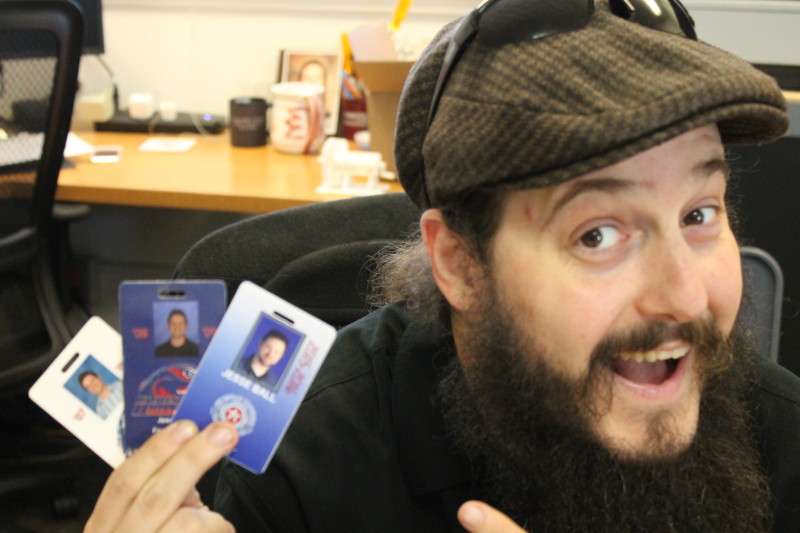 In between the senior wall and the counseling center lies the most magical room on CB campus. The iPad Help Window.

The men working behind all of our thoroughly enjoyed technology are Mr. Jeremiah Sheckler and Mr. Jesse Ball, who both work five days a week to make sure that all students and teachers are equipped with the most effective technology.

Besides keeping the printers and copiers in check, the duo works one on one with students in need of iPad assistance.

During an average day, anywhere from zero to ten kids come in for their help.

“The most common problem students have is connecting to the WiFi…..by far.” states Mr. Sheckler.

Teachers, on the other hand, mostly struggle with the iOS updates and updating their grade books in PowerSchool.

Having personally visited the window on many iPad emergencies, the men behind technical wizardry inspired me to get to know them on a more personal level.

Mr. Ball has been in charge of the CB community’s wireless affairs for 9 years and has been accompanied by his partner Mr. Sheckler for one year. They enjoy working together to make CB the most technically advanced place to be.

Both guys fell in love with technology at a young age. Mr. Sheckler’s computer passion was practically inherited. His grandpa worked on computers in the ’60s for the Department of Defense and his dad picked up the skills shortly after.

“When they brought me home from the hospital, after I was born, I pushed my hand down on a keyboard and logged into the Internet,” he jokes.

Mr. Ball’s experience didn’t quite start straight out of the womb, but by the time he was in elementary school he was fascinated with gaming on the Apple 2, specifically Oregon Trail.

“From there I started destroying [computers] to figure out how they worked,” he says.

His enjoyment of Legos and building things progressed into coding websites.

“I took an internship at the college I was at and that was when I really got to know networking, windows, and Microsoft,” he states.

When they are not glued to their multiple screens and monitors, they enjoy unconventional activities that add to their extraordinary demeanor.

“I go backpacking, take cool pictures, and grow a pretty wicked beard” says Mr. Sheckler, who also makes his own beer in his free time.

They both agree that the best way to approach any iPad issue to close down all apps and restart the device.

“That usually fixes most of the problems on its own” states Mr. Ball.

So if you ever need to blame someone for the lack of Snapchat on your iPads during the school day, stop by the iPad Help Window and meet the raddest guys on campus!