You are here: Home \ Community \ Featured Posts \ The Truth About HC Proposals
Community
0

The Truth About HC Proposals

When is early too early? When is doing the most too much? Here are the answers you’ve been searching for on the unofficial rules about asking your date to homecoming. We are now in the season of homecoming proposals, the time of the semester in which students see as the proper time for people to […]

When is early too early? When is doing the most too much? Here are the answers you’ve been searching for on the unofficial rules about asking your date to homecoming. 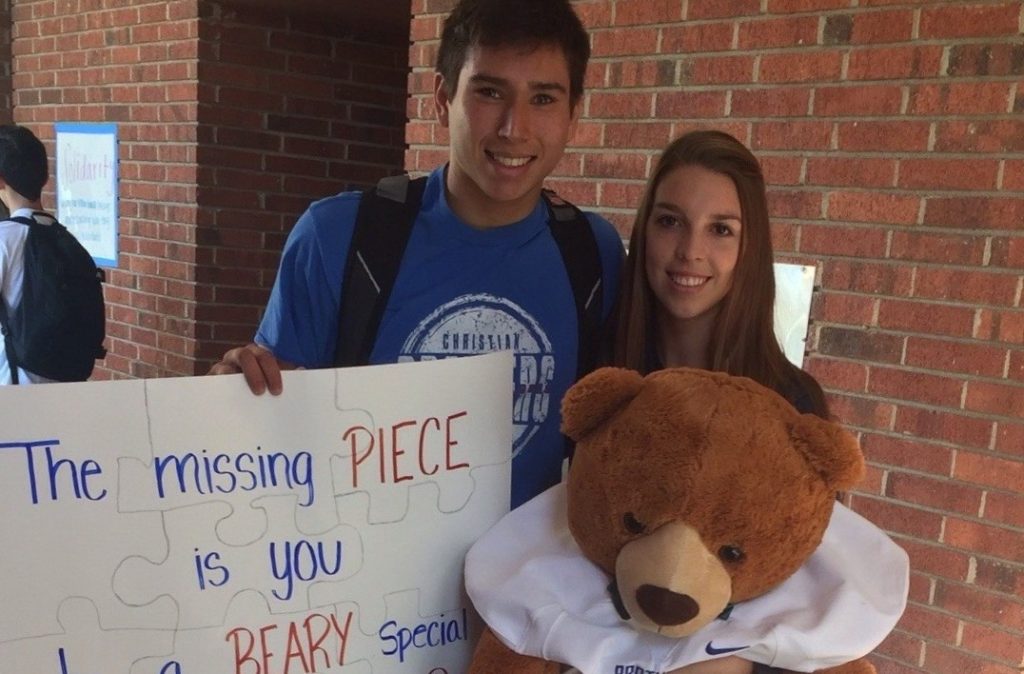 We are now in the season of homecoming proposals, the time of the semester in which students see as the proper time for people to start asking their dates. Typically, you see students getting asked two to three weeks before homecoming and sometimes the occasional ask on the week of the big dance.

But there’s always the students, normally freshmen, who find a date way in advance. Sometimes over a month in advance.

“It’s expected that the freshmen are always the first ones to ask” Miggy Ledesma (’16) states.

With a couple of years of experience, upperclassmen often wonder why they do it so early.

“Two weeks prior is a good time.” Miggy confirms.

Most students at CB would agree with the two week time period Miggy defines.

“I’m not sure what the best time is but there’s also a too late,” Mr. Levasseur says. “If it’s the week of and we’re getting into block day before the dance, no, that’s not cool.”

Asking the week of is probably not the best idea, especially when you have to consider the amount of planning you have to get done in less than a week.

“You gotta color coordinate with your dress, the ties, and everything and the corsages so you can look good,” Miggy comments.

Mr. Levasseur agrees, and despite the awkwardness of asking early, he thinks it’s a better alternative than asking the week leading up to the dance.

“It’s almost better to be super early and awkward then super late because, as a father, if my daughter came home and said some guy asked me to homecoming on the block day before the dance I would be like ‘you’re not going!'” Mr. Levasseur says. “Who would do that? Apologies to everyone who does that.”

For people in a relationship, many people believe that there is no need to ask their date to homecoming.

“The asking should still be genuine, but you don’t have to do this big thing,” Mr. Levasseur states.

Different homecoming proposals have always been a very hot topic and the students keep setting the bar higher and higher each year. Homecoming proposals over the past few years have included airplanes, light-up traffic signs, paper mâché cows, and animal crackers.

“I think if there’s body paint involved, it’s probably overboard. That might be too much,” Mr. Levasseur says.

Mackenzie Starnes (’16) agrees that there are situations in which the asking can be too extravagant.

“Personally I think they’re really cute, but if you don’t like attention, they can be horribly embarrassing,” she comments. “Also, if the two people don’t really know each other that well, it can be a little creepy.”

“When we bring in farm animals that’s gonna be overboard too,” Mr. Levasseur adds.

The method of simply asking without huge signs or any props is hardly used anymore and not seen as an acceptable way to ask nowadays. There’s no clear definition of what the proper way to ask someone is and some students wonder how far they should take their homecoming proposal.

“It’s a mix between just asking the question and renting a pony,” Mr. Levasseur states. “It has to be somewhere in between. But don’t do it over text.”

While asking over text may not be the best idea, Mr. Levasseur thinks that technology has helped students in planning their homecoming proposal.

“There’s plenty of good ideas on social media,” he explains. “Like the homecoming goals Twitter accounts are helpful.”

With homecoming right around the corner, most CB students are starting to ask their dates to the dance and pulling out their most creative ideas in order to receive the “yes” they’re hoping for.