You are here: Home \ Community \ Featured Posts \ What To Expect When You’re Testing
Community
0

What To Expect When You’re Testing

The dreaded SAT has transformed into a completely different animal. What new changes should the juniors expect? With the school year in full swing, the stress level of the Class of 2017 is skyrocketing. Countless hours are devoted to studying until students can no longer remember their own names but can recite the Gettysburg address […]

The dreaded SAT has transformed into a completely different animal. What new changes should the juniors expect? 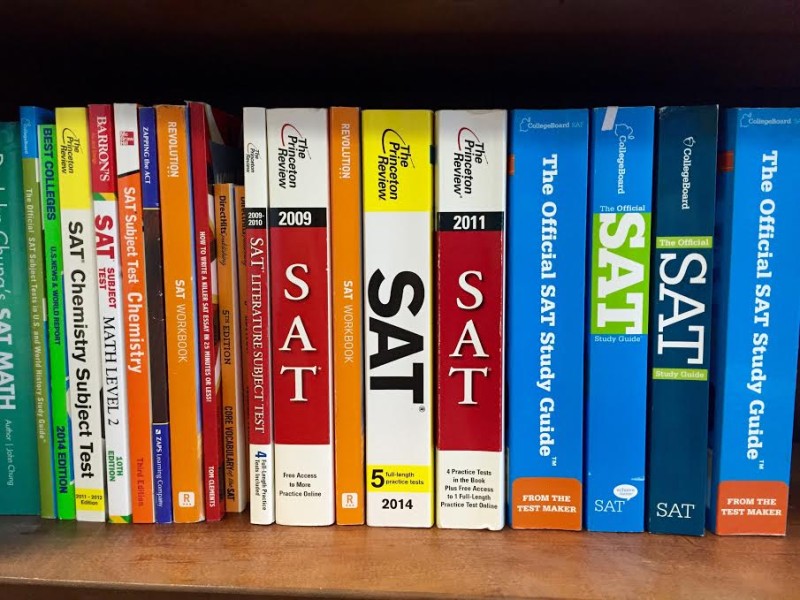 With the school year in full swing, the stress level of the Class of 2017 is skyrocketing. Countless hours are devoted to studying until students can no longer remember their own names but can recite the Gettysburg address in three different languages. Crashing computers a couple hours into essays force students to write the two sentences they had all over again while simultaneously memorizing the conjugation of 70 verbs.

Lectures about college, GPAs, and tests fill the few moments the junior class has to spare, and with the new SAT being implemented this year, questions that no one quite has the answers to have surfaced.

The SAT made its debut in 1926, a product of a military intelligence test that was hailed as a straightforward and expedient sorting tool. Originally, the SAT was a social experiment intended to measure a student’s ability to learn rather than what they’d been lucky to learn.

For 90 years, the SAT was only slightly altered — until now. The college board’s announcement of a remodeled SAT coming in March 2016 was met with a plethora of emotions, among them confusion, excitement, and frustration. The class of 2017 is predicted to bear the majority of the impact, starting with the new PSAT offered in October.

Bu what has really changed? The basic changes of the test listed on College Board’s website includes the all new optional essay, lack of penalty for guessing, and “no vocab that you’ll never use again” — their words, not ours.

College Board’s goal with changing the test is to attempt to make it more straight forward for the students taking the test. In a partnership with Khan Academy, free online instruction for the new test has been developed. A deeper look into the new test reveled exactly what will be presented to students on March 5th.

The designers of this new test went through Common Core and ACT standards, closer to what students are being taught today. Students will be required to use evidence to support their answer choices, while deepening their focus on math skills. Information conveyed through texts and graphs along with multidisciplinary content will also make an appearance. Sections will be more passage-based then ever before as the differences between the ACT and SAT begin to fade.

The new optional essay will ask students to provide an analysis of a roughly 700 word essay. More excitingly, removed from the test is the dreaded fifth answer choice from questions along with the quarter-point deduction for wrong answers. Previous vocabulary will be replaced with everyday words.

And the most anticipated change of all is the removal of the detested “experimental section”, one section — unknown to students — that didn’t count but was included to pre-test future items.

“I think the College Board changed it because they were getting a lot of pressure about how the material wasn’t really able to determine if a kid was going to do okay in college and it was simply outdated,” says CB college counselor Ms. Melissa McClellan. “I don’t know if it will be harder for students. We will have to wait and see what happens.

Ms. McClellan adds, “I’m definitely recommending all juniors take the ACT because at least we know what those scores mean.”

Though the junior class will be most affected by the change, it won’t cause the end of the world.

“To juniors who’ve never taken the old SAT, it’s going to just be the SAT.”

As test day approaches, all eyes are trained upon the Class of 2017, with their scores to determine the future of the new and improved SAT.