You are here: Home \ Arts \ Featured Posts \ Mr. Elorduy: The Best Of Both Worlds
Arts
0

Mr. Elorduy: The Best Of Both Worlds

The last episode of Hannah Montana may have aired five years ago, but CB has its very own rock star living a double life. Mr. Julian Elorduy ’03, the newest member of the Religion Department at Christian Brothers High School, seems like any other teacher. But he is far from typical. He has a secret […]

The last episode of Hannah Montana may have aired five years ago, but CB has its very own rock star living a double life. 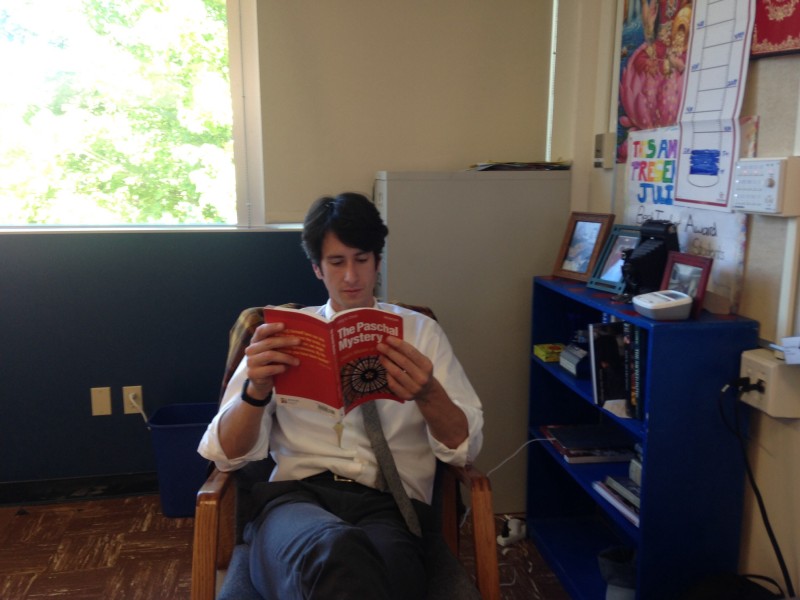 Mr. Julian Elorduy ’03, the newest member of the Religion Department at Christian Brothers High School, seems like any other teacher. But he is far from typical. He has a secret double life that could only be compared to the life of the famous pop star who we all know of as Hannah Montana.

He comes to school everyday and teaches his lessons and then goes home to write music.

“[My music is] stuff, that to me, feels authentic and genuine and different without trying to be like too much within a certain style that is already established,” he says.

Like Hannah Montana, Mr. Elorduy is forced to balance his music life and his school life, which can be very difficult as his music is often put on the back burner. However, he sees music as an important release.

“When I feel like I’m starting to pop I’ll just go play guitar for a little while and if I feel like that’s not enough I’ll go and like lay out a song on my computer and piece it all together,” he says.

Mr. Eldoruy has been teaching since he graduated from college at UC Davis, but music has been constantly fluctuating throughout his life.

“When I feel like I have time or when I feel compelled to do it or like things in my life change, to me that’s like historical, it’s like some people keep a diary or they write notes,” the religion instructor shares. “I write music and that’s how I file away chapters of my life and record them and move on.” 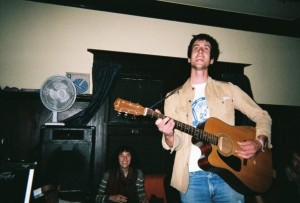 Unlike Hannah Montana’s steady family member based band, Mr. Eldoruy has not had a consistent band throughout his music career.

“I would love to be in something that was continuous, but everybody is moving or doing different things professionally or their families get in the way of stuff,” he says. “It’s difficult to get everybody together.”

As well as changing band members, Mr. Eldoruy has also had a constant change of scenery throughout his music career, but he says that the changes in places have not influenced his music but the people around him have.

“The only thing that changed was who I was surrounded by,” he shares. “A lot of those people influence what you do and how you do it.”

Mr. Eldoruy and Hannah Montana may live a similar lifestyle of school work and music, but from what the Talon gathered, Mr. Eldoruy is far from the ditzy blonde pop princess. He has a genuine demeanor and a honest joy for music and teaching.