The Road to Open Mic Night

Open Mic Night is known for its stunning musical performances. But has it ever crossed anyone’s mind how the successful reputation was achieved? The Open Mic Night stage is home to many of our gifted Falcons, who put loads of work into their performances so that they can openly share their talents to entertain the […]

Open Mic Night is known for its stunning musical performances. But has it ever crossed anyone’s mind how the successful reputation was achieved? 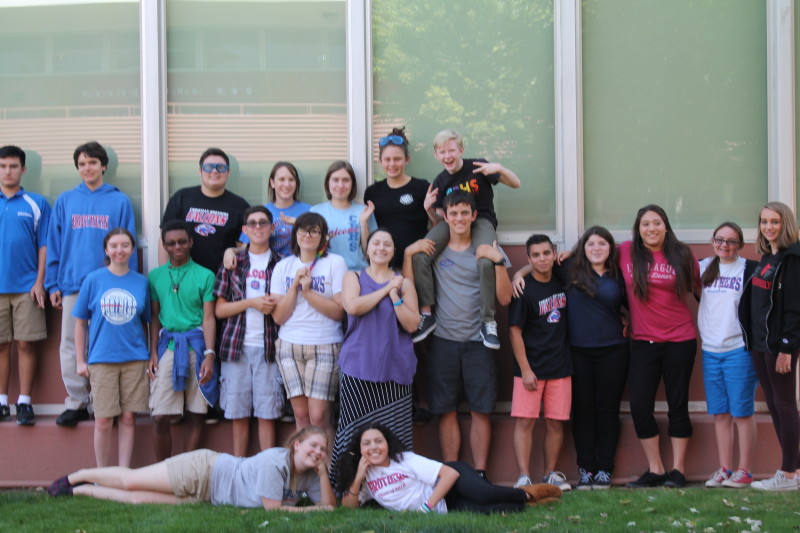 The Open Mic Night stage is home to many of our gifted Falcons, who put loads of work into their performances so that they can openly share their talents to entertain the community. But none of it would be possible without the hard work and determination of the Open Mic Night crew that resides in room 302 during every all school lunch.

To learn more, the Talon went to investigate the preparation of the popular Christian Brothers event.

“What people generally don’t know about the club is how much time and work goes into planning,” says Open Mic Club member Kathleen Donovan (’17). “We put a lot of effort in and it is sad that most of our audience doesn’t realize that.”

With the first show three weeks away on October 2nd, the crew is already far into their preparation. Not only has the club been working since the very being of school, three of its members have being actively involved since this summer.

“We started planning during the first official week of school on August 27th and I met with the coordinators over the summer so they were prepared to lead, ” says Open Mic moderator Mrs. Natalia Schorn ’00.

The planning begins when the coordinators open up the floor to the club at the first meeting to decide on a theme. With the help of their trusty talking stick, notably named Rafiki by the coordinators, many ideas are placed on the board.

“[Planning] is not as hard when the group puts their minds together,” says Mrs. Schorn, “It’s nice because people don’t get offended or upset if their idea isn’t used right away.”

A blind vote then takes place, the winning themes are narrowed down to a few by the coordinators, and yet another vote takes place among club members on Schoology. Once the theme is decided, the club discusses ideas for decorations and gathers volunteers to help spread the word—program and ticket designs are debated, flyers are made, KBFT is contacted for advertising through intermediary Ian Ferrell (’17), and the club presses on through to auditions.

Though the club puts a lot of time into getting prepared for auditions, the success of auditions derives mostly from the performers themselves.

To receive insight on the hard work put in by the performers at the audition stage, the Talon spoke to talented musician and song writer Jonathan Claridad (’17).

“[Audition preparation] could range anywhere from a several month off and on writing of a song to a two day preparation of a cover,”  he states. “Most of the time, the revisions don’t stop until deadline.”

After the performers are chosen from all the hardworking students that audition, the club finalizes the design for the program so that the set list can be put into place. The ticket designs are also chosen and manufactured and club members volunteer to sell tickets at lunches and on the day of the show.

At this point in the process, posters are made and hung, reminders have been set into the announcements about the show, a commercial has usually appeared on KBFT, and decorations are bought or are in the process of being made.

In the week leading up to the show, the club finalizes everything at the concluding all school lunch meeting. Once everything is finalized, the concluding step in the process for both the performers and the crew takes place.

The day of the show finally commences and quickly becomes the busiest day of the process. Once the bell rings at 2:50 p.m., all the club members gather and head to the George Cunningham ’40 Performing Arts Center. From there, decoration ensues, the box office is set up — a process usually orchestrated by Natalie Nunes (’16), the club’s house manager — and all of the technological elements of the show are set up and tested by Gray Schubert (’17).

When the club is not given a time slot on the day before a show to do a mic check in the theatre, it is done around 5:00 p.m. on the day of the show, which makes decorating a stressful process for club members.

“Yes, [set up] is hard work, especially when it coincides with the mic check because decorating is going on up to the point the check starts,” says Mrs. Schorn.

While the club completes all of their stressful work, the performers also complete some taxing tasks as well. Even if performers have memorized their songs or acts, going through the day being extremely nervous is very common.

“Well, I freak out for one”, says Jonathan, ” [My first show] turned out alright though, so ever since I’ve tried to keep calm, relax, and have faith that it’s all going to be alright.”

With the curtain soon opening, everyone gets in their places, whether that be the performers and mic technicians backstage or the house manager and her helpers up front in the box office. Everyone is finally ready to begin the show.