No Sport Left Behind

How come most of our fall athletes don’t get any love? You have probably never heard someone say “I’m so excited for this fall season so I can go to all my school’s golf matches” or “The student section at that water polo game was insane!” When most students think of fall sports in high […]

How come most of our fall athletes don’t get any love? 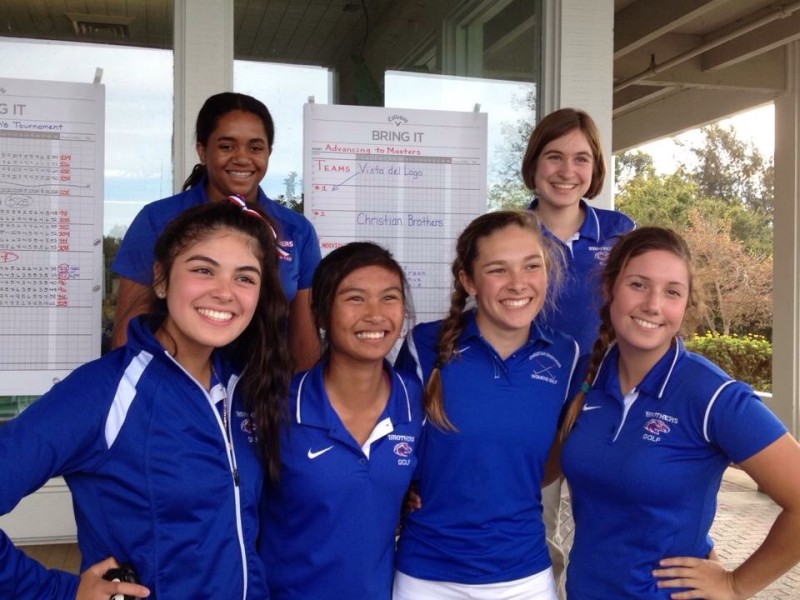 You have probably never heard someone say “I’m so excited for this fall season so I can go to all my school’s golf matches” or “The student section at that water polo game was insane!”

When most students think of fall sports in high school, the first ones that are likely to come to mind are football or volleyball. You will never hear much hype about any other sports going on during that season besides the more popular ones.

For this reason, it is frustrating for athletes participating in the less popular sports to see football and volleyball getting all the attention in the fall.

Cross country, tennis, water polo and golf are the several fall sports that CB leaves behind. We hardly ever hear about their accomplishments on KBFT or the morning announcements. The athletes on these misfit teams work just as hard as any others, and it is disappointing for them to not be recognized as often.

Allison Blake (’16) of the Varsity Women’s water polo team stated her frustrations with the negligent treatment.

“We have done really well these past two years and have made it a lot farther than some other sports teams at sections but no one acknowledges us,” she complains. “Holy Water [vs. Jesuit] was last [week] and Falcon Force was not there and there was no cheering section. ”

Hardly anyone knew about the game because it was not mentioned at all in any announcements and very few CB students attended the game.

Last year, our women’s water polo team made huge leaps in their division and were very close to being section champions. Despite their astounding winning streak and improvement from the previous season, water polo was mentioned on KBFT less than volleyball or football.

The golf team also struggled to get their name out there and receive support from their fellow Falcons. With very talented players and a drive to succeed, CB golfers have been swinging away and working hard on the course everyday this season.

Katrina Jacinto (’16) plays for the women’s team and has a theory on why people aren’t as interested.

“All you do is hit a ball into the hole and that’s it. There’s nothing exciting or something to cheer about because golf is a quiet sport,” she confesses. “It’s hardly mentioned because it’s not a sport that has a lot of action going on. Golf isn’t a fast-paced sport but it’s rather a very strategic one.”

Though it may be true that golf isn’t the most exciting sport, our CB team is exceptionally good. Last year they made it all the way to the Masters Invitational, which is a significant achievement considering it hasn’t  happened in the last two years.

“It was an exciting and new experience for all of us,” Kat explains. “Just reaching the next level is already something to celebrate because golf requires a lot of practice, patience, and perseverance to accomplish something so big.”

They may not be the most popular, but these sports deserve publicity at CB just like football and volleyball. It’s our responsibility as Falcons to give all our sports the attention they need. Let’s send Falcon Force to a water polo game, golf match, or across country meet and let’s get some new names in KBFT and the announcements.