From casual jam session to organized musical force, CB’s very own band The Interlopers have taken the world by storm. Consider this scenario: three aspiring musicians with a passion for music, but without the means by which to perform. Now know that this is not just a scenario, but the exact situation which Sean Baker […]

From casual jam session to organized musical force, CB’s very own band The Interlopers have taken the world by storm. 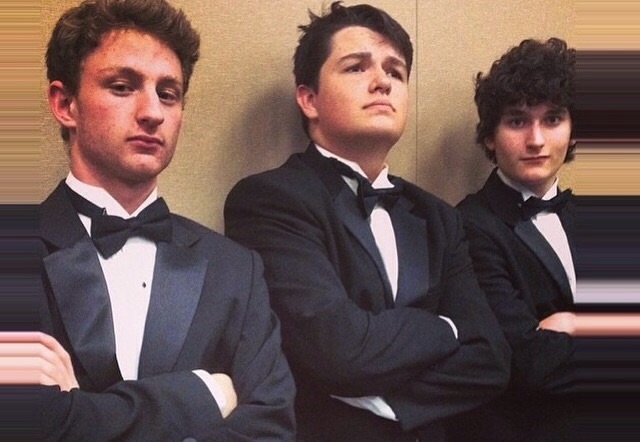 Consider this scenario: three aspiring musicians with a passion for music, but without the means by which to perform. Now know that this is not just a scenario, but the exact situation which Sean Baker (’17), Samuel Woolledge (’16), and Jackson Holman (’17) found themselves in a little over two years ago.

The only thing left to do was to get the other band members involved.

Sean Baker recalls that he was approached by Jackson midway through freshman year to just jam together sometime. These jam sessions quickly grew to become a more serious interest and the duo were soon seeking to develop their sound even more and start an official band.

“We looked around for a while and finally settled on the bassist in the concert band, Sam Woolledge,” Sean states.

The process was pretty simple from there on out and one short interview with Sam later gave way to the formation of the now easily recognized Interlopers.

Music is a strong passion among all three band numbers and they use it as a form of expression.

Sean’s expression comes not only from the lyrics that he and Jackson write, but also from the instrumentals.

“When you write lyrics, it’s generally pretty easy to see what a persons view on a certain topic is, the instrumental accompaniment is where it really gets interesting,” he says. “That’s the place that your own style seems to articulate your own emotions.”

“What you hear in the songs that we write are a big part of who we are,” says Jackson. “Our hope is that we can relate to the crowd on some level, and really share in the experience that music brings.”

Sam recalls the universality of music in his thoughts that music can really “transcend stuff like language and cultures.

The fact that Sam’s dad has been playing music “ever since he can remember” is another indication of how big of a role music plays in his life.

The primary goal of The Interlopers is summed up by drummer Sean Baker.

“When writing, we try our best to not write what’s already been written,” the junior says. “We want to write things that are more abstract, not extremely obscure, but a little more outside the box.”

Jackson Holman epitomizes the humble approach the band takes to their music in a thank you to the entire community.

“I just wanted to thank CBHS. The students, teachers, and the administration for giving us love and the acceptance of our music. Thank you once again. Go CB!”

For additional information, follow the band on Instagram @TheInterlopers_Official to see pictures and get updates on future shows.