As CB seniors embark on another journey into the unknown, the Talon gets to the very crux of what makes the class of 2015 ‘The Golden Class.’ Last semester, I wrote my second Talon article, “Seize The Moment: Senior Year”. In the article I wrote about the phenomenon of time and change and the relationship […]

As CB seniors embark on another journey into the unknown, the Talon gets to the very crux of what makes the class of 2015 ‘The Golden Class.’ 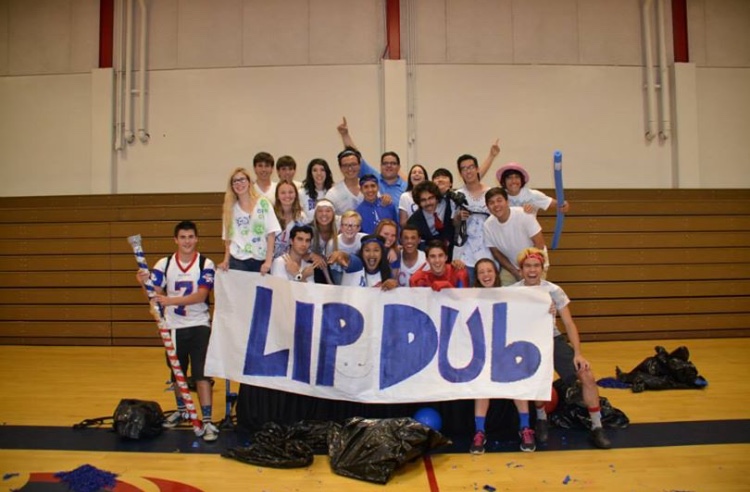 Last semester, I wrote my second Talon article, “Seize The Moment: Senior Year”. In the article I wrote about the phenomenon of time and change and the relationship between the two. I hadn’t fully intellectualized it then, but it’s becoming more apparent as May 22 looms around the corner that everything will be different next year — new living situations, new teachers, and new friends. It’s true, at this point college is very real.

I could easily write about all of our accomplishments, what we’ve achieved as a class, and that list can go on forever. But in my opinion, there’s nothing sentimental about listing the clubs we’ve made or traditions we’ve started. I want to say something that actually reaches our hearts and touches the readers as individuals.

All of the cliche, overly stereotypical movies that depict the average high school are inaccurate when scenes of hallway fights and one clique’s domination consume the movie’s plot. I think that’s because our class is much different than that.

I think I speak for everyone when I say I feel that way about the Class of 2015. We’ve been dubbed “The Golden Class”, a title we proudly inherited our freshman year.

Gabe Neal (’15) was absolutely right when he said that “no one really belongs to any group. We all have such great respect for each other.”

I don’t know of many high school seniors that can brag about their class like we can, noting the cooperation and friendliness that accompany our halls.

“We’re all a little quirky…none of us are normal,” Katie Vrame (’15) laughs. “And we don’t try to pretend we’re normal, either.”

As a class, we’ve come together in ways which have only solidified the ineffable bond we’ve maintained – stories shared on Kairos, senior ditch day at East Portal Park, more lively prayer services, a stellar lip-dub – to name a few. 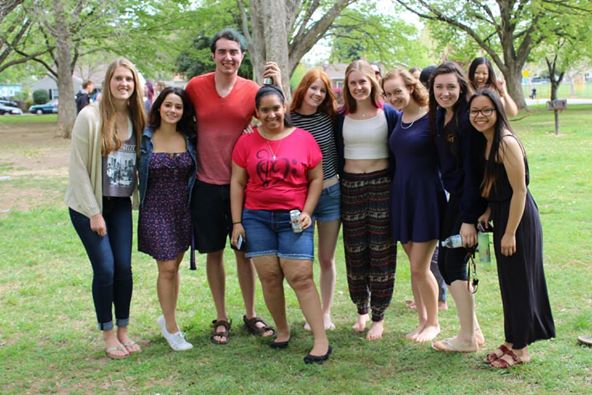 “This class is ridiculously talented,” says Maddie Nicolas (’15). “We have D-I bound athletes, published writers, awarded artists and filmmakers, future Broadway performers, and passionate learners in our midst. We’re a community of leaders.”

And if that isn’t enough, when I approached Ms Shackel on why she believes our class is special, she could hardly mutter out any words: “Tears. Just. Tears,” she told me to write.

It isn’t a secret; we are a special group. We’ve done wonderful things. And weirdly enough, it got me thinking about our school mantra. The tired and true saying states that Christian Brothers is “the place to be.” It’s an all encompassing statement of the melting pot of different cultures and ideas and personalities that all the students bring onto campus and permanently leave behind when their time at CB is done.

But what this saying doesn’t tell you is that when you grow up swimming in this gigantic stew, you come out smelling like it, too – feeling like there’s little bits of everyone stuck to you and that there’s more than one type of blood running through your veins.

It’s a bit like what my wonderful K54G7 leader, Kevin Stenvick (’15) said: “We just kinda became one at one point.”

How do you say goodbye to the friends that you’ve grown up with through the pangs of adolescence? Whenever I think about the phenomenon of adulthood, I always envision my closest friends right there with me, experiencing the tosses and turns through another cycle of growing up.

But then reality always sets in, and I remember that it truly won’t be the same after Thursday May 21st. And it’s an ugly feeling, hideous rather, to think that we don’t have a choice on when we have to pack up our things and move on.

When I think about graduating from high school, I get a knot in the pit of my stomach – not because I’m not ready, but because I’ve always ever thought about the final act of graduating in the abstract. I can’t comprehend leaving. It’s difficult to describe — a jumble of anxiety, a pang of regret, and sprinkles of sadness with a side of excitement.All the feelings I’m sure I share with my classmates.

There’s a lot of ambiguity and expectation in the air that settles even more with time, and I suppose that’s what makes it so exciting, but equally as nerve-wracking. I think Bailey Heng (’15) said it best:

“Growing up, some of my favorite movies were set in New York,” explains Maddie Nicolas (’15), who will be attending New York University next year. “I remember sitting by my mom and telling her mom I want to go to New York when I’m older.”

The trek across the country won’t be an easy one. I talked to Kendall Johnson (’15), who will be attending the University of Virginia next year. Though she grew up on the east coast and describes herself as “pretty adaptable,” familiarizing oneself with a new environment will always come with challenges along the way.

“For me, I wasn’t very nervous. I’ve wanted to go to the University of Virginia since I was 6. But actually accepting my offer was hard because I’ll be 2000 miles away from the life I’ve had since I was 7,” she says. “I’m also concerned because a lot of my friends are going to the same schools as each other. I’m excited to start a school where I don’t know people but I don’t want to be by myself still making friends.”

It’s hard to say goodbye when we’ve shared so many memories with each other . I talked to a few students and asked them about which memories they’ll remember when they think back to high school in the years to come: the sentimental, the awkward, and everything else in between.

A common answer I got was the senior ditch day, Open Mic Nights, special classes that were particularly rewarding. But Ethan Enos (’15) reflects not on one particular memory, but on “all the small funny moments in class that I won’t remember in detail. Those are the best – just all those small moments of laughter in a boring day.”

Sophia Bird (‘15) had a similar answer. “One of my favorite parts about school that I will miss most is lunch – sitting in the shade with my friends and a sandwich is truly a remarkable experience.” Me too, Sophia — I’ve enjoyed every sandwich eating moment with you.

And Kevin Stenvick (‘15) made sure I include his favorite memory “watching signs with Mr. Zanetti.”

Truly the impact that Manoj Shyamalan has had on this school can’t adequately be described in words.

Will Tracy (’15) reflects on the time he’s spent in the Frozen Banana Society.

“I cofounded the club with Nick Garcia (’15). “We meet every week. We watch great TV shows and discuss them. Hopefully someone will take over the club when I leave…positions now open. I hope to pass on the flaming banana torch.”

And I’ll never forget the two years I spent on the Moot Court team with fellow senior moot alumni Connor Gorry, Matthew Spain, Bailey Heng, Daniel Kever, and Victoria Linares. As a team, we’ve shared some of the most unforgettable and terrifying memories. But one in particular will never be forgotten.

“Junior year at the Moot Court conclusion extravaganza held at the Leporini residence,“Lep’s wife handed me a loaf of bread and said ‘would you mind cutting this?’ And so I did. And Lep got offended because he had supposedly already cut the bread. I broke the bread without permission,” reflected Bailey Heng (‘15).

The bread incident will go down in moot history.

And of course, some of my other fondest memories were made in room 303. It’s been an honor writing for the Talon and collaborating with so many talented individuals everyday. Ut was in this classroom that it occurred to me being able to write might mean something. No one does the job like Mr. Anderson.

Almost better than the favorite memories that were shared with me, a few students carefully selected their parting words to be published on the Talon, forever.

“Keoni, I only TPed you twice,” Katie Vrame (’15) bravely confesses.

And while you’re still reading Keoni, Kevin Stenvick (’15) says he only TPed you 15 times.

I, by some twist of fate, have had the privilege of attending Christian Brothers High School for the last four years of my life and I couldn’t think of a better place to end my high school career. I can’t thank the teaching staff enough for the encouragement and education they’ve provided all of us.

The ability to learn in an open, yet rigorous course setting has enabled me to explore in all areas of study, pursuing my passions while realizing I will never be good at math and lack the ability to remember important equations. Sorry, Mr. Schumann.

I’ve been a writer, an artist, a scientist, a collaborator, and a friend since August of 2011. I’ve gone through the evolution of technology from simple pen and paper to Notability, from posterboard presentations to Keynote; Schoology has been both friend and foe, and even when I’m old and decrepit I’ll probably still know my PowerSchool login. These days aren’t gonna leave us.

These final days will be heavy with emotion for the class of 2015 and the teachers who worked with us. But these days should be spent also feeling hopeful. It is now the time to set aside 18 years and continue on with our restless pursuit of life. It doesn’t matter who we are or where we find ourselves down the road – CB joins each and every member of the class of 2015.