Explore the ever illusive and illustrious ‘senioritis’ with The Talon’s Nick Garcia in his final exposé on life, love, and the art of happiness leaving. For the Class of 2015, the western horizon has consumed already most of the setting sun, leaving in it’s path only thin sheets of sunlight that will quickly fade with […]

Explore the ever illusive and illustrious ‘senioritis’ with The Talon’s Nick Garcia in his final exposé on life, love, and the art of leaving. 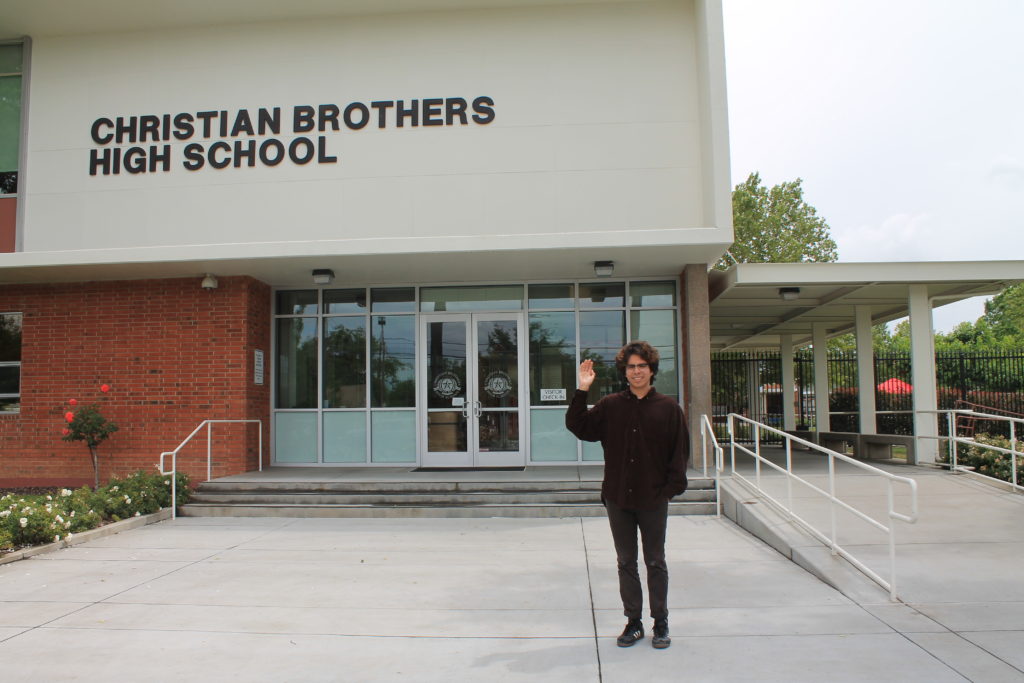 For the Class of 2015, the western horizon has consumed already most of the setting sun, leaving in it’s path only thin sheets of sunlight that will quickly fade with the dawn of a new day.

In other words, senioritis has hit the Class of 2015.

In this last week of normal scheduled classes, teachers are outlining what’s going to be on their final that no one will take seriously, students are exploring roommate options and planning exciting summer trips, teachers who still give homework don’t know what to do with themselves, and the students who play games are wrapping up their iPad gaming careers.

“Everyone says that senior year is the best of the four years and that is definitely true,” says local senior Faye Messner (’15). “Everything being the last kind of makes everything a little more special, a little more sentimental, but then also you’re a senior so you don’t have to worry about the pressures of upperclassmen, you know, judging you.”

In celebration of Star Wars Day, May The 4th, a group of seniors brought light sabers to duel on the main lawn during break. During lunch that same day, some seniors decided to tie their shoelaces together and run a three-legged race.

And with the vast majority of high school in hindsight, it’s no wonder that the ideas of “homework” or “studying” aren’t in the sights, or the vocabulary, for most of the Class of 2015.

“I basically have forgotten how to do homework,” admits senior Carleigh Osen (’15).

It’s a familiar tale — we get closer to the sun and more tired of school, but now it’s been four years. We still feel like kids, but we don’t recognize the kids in the mirror and there’s nothing, or anyone, to keep us tied to Christian Brothers.

The kids in KBFT just wrapped up the senior show, the last Open Mic Night is this Friday evening, AP tests have already started, we’re already done with the last normal block days of the year. Even if we wanted to stay, there’s not much left we could do.

We’re beyond, “what’s the point?” and already at “Holy [cow], it’s over!” and there was never much time in between. Senioritis exists cause we’re between being where we’re going and working with demands that don’t really mean much now.

But that’s not to say we, the Class of 2015, are all done with CB. No, for some reason, and probably at no surprise, we’ve still got some things to take care of.

“I think in terms of dedication and commitment to the school, and other fun activities that go along with that, I think we still have all remained loyal,” says culture analyst and lover of CB, Dante Mazza (‘15).

So I’d like to make a distinction — senioritis is a farewell to the pressure, the stress, the demands of a college prep high school. It’s a gift to ourselves, and it comes at no extra cost. It’s not apathy towards the teachers who’ve taught us more than what’s in their syllabi, the friends we love, or the family we’ve made here.

So yeah, it might look like apathy. I’ll tell you we’re trying. I don’t know what you’d expect though, I haven’t seen anyone willing to jump that extra mile they would’ve a year ago.

It’s not that we’re unwilling, I think it’s almost more just that none of us can finish anythi