Seniors leave their mark on the stage at their last ever Open Mic Night. What wonders will happen in this grand finale? 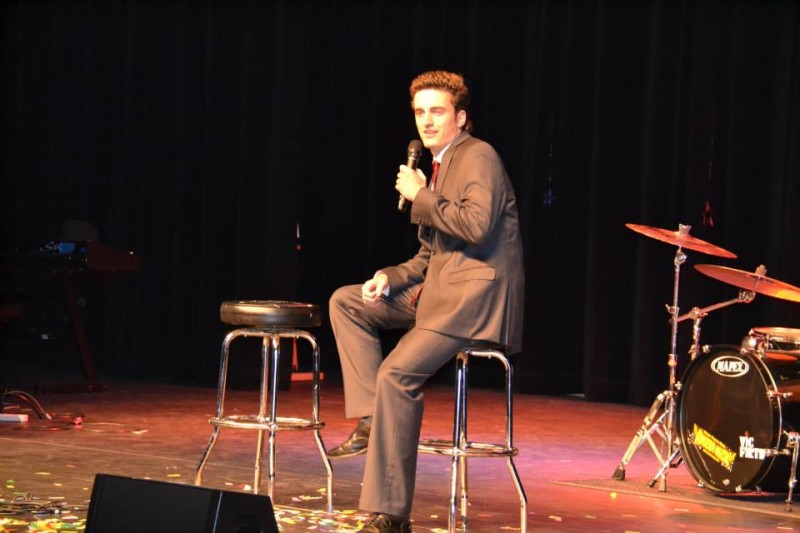 Seniors take the stage for what will be their last ever Open Mic Night. For some, this will be their grand debut as talented Falcons, while others are very familiar with the stage and will be returning to their second home.

Lizzy Havey (’15) will be joining well known Open Mic performer Sydney Rodriguez (’15), who is notorious for her Amy Winehouse-like voice that never fails to erupt a roar of clapping from the audience. An honor indeed, but what we may not know is that Lizzy has a talent of her own.

Although she is sworn to secrecy about her act by her fellow members, Lizzy did give the Talon a little insight on what to expect,

“I would say our act is thrilling, exotic, and satisfying” she says. “There are aspects of comedy and true heart break.”

Accompanying Lizzy and Sydney are Kendall Johnson (’15), Hannah Delaney (’15), Antonia Eliopoulos (’15), Nastassja Bowman (’15), and Jill Thomas (’15). All offer a very unique aspect to the performance which Lizzy is very excited about,

“I am extremely nervous but also confident in me and my group,” she says.

How can she not be — this group is destined for fame.

Another first time participator in Open Mic Night is Patrick Bell (’15) and his band Open the Flood Gates who have never been seen in the flattering light provided by the CB Open Mic crew. With such a great venue, which will this year be on the main lawn, they can only sound even better.

Patrick unfortunately was unable to speak with the Talon, but it seemed inhumane to leave him out of this Talon article.

Anyone who attended the last Open Mic knows just how funny senior Kevin Stenvick (’15) is. Well lucky for us, he is returning with another highly anticipated routine. Along side him will be Madison Winn (’15) and Jack Barnes (’15) beloved by their school for their wit and charm.

Kevin’s act is also a secret

“My act is a surprise,” he says. “But just know, it will be legendary.”

Well, CB, it looks like history will be made this very Friday night. How could anyone possibly pass up the opportunity to see the enigma that is this mysterious, yet mirth-filled production.

Though Kevin is very excited to preform, its really hitting him that it will be his last time preforming on this stage,

“I am nervous just because its my last Open Mic and I know a ton of people will be there,” Kevin confesses. “However, I am working with such talented people like Jack and Madison, so I know no matter what it will be a great night.”

That is truly a triumphant trio, one that CB will dearly miss next year. So who will follow in these three three guys glorious footsteps? Kevin urges anyone even slightly interested in participating to get up there and just do it.

“My advice to others is to be bold and if you are nervous, try not be,” Kevin continues, “Everyone there is there for you and everyone is going to have a great time regardless.”

Everyone interested is welcomed and wanted by the CB community to come out and preform. And who knows if you do, perhaps you will be as successful as these three terrific performers. And if you mess up, the Talon promises everyone will still clap.