You are here: Home \ Community \ Featured Posts \ What Will You Miss Most About Sacramento?
Community
0

What Will You Miss Most About Sacramento?

CB Seniors move to a new city and reminisce on what they will miss most dearly. (photo courtesy of Wiki Commons) Sacramento has a reputation in its youth population for being boring, dull and just lame. It’s labeled names like Suckramento (and another name that Mr. Anderson claimed was “too inappropriate” for the Talon readers). […]

CB Seniors move to a new city and reminisce on what they will miss most dearly. 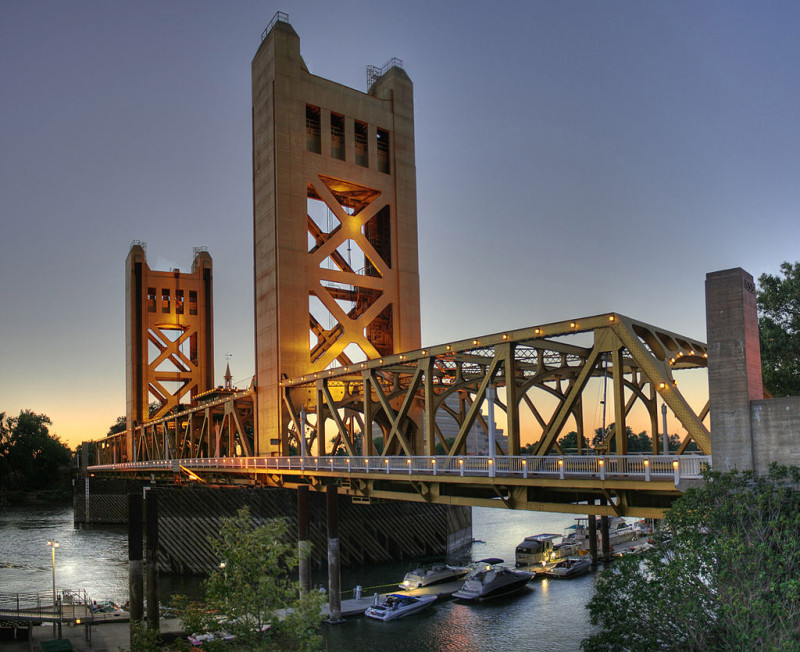 Sacramento has a reputation in its youth population for being boring, dull and just lame. It’s labeled names like Suckramento (and another name that Mr. Anderson claimed was “too inappropriate” for the Talon readers).

But is it really all that bad? There must be something here that keeps its 479,686 residents entertained.

Many seniors this year will be leaving to experience new cities and different life styles all across the United States that bear extreme differences from our very own Sacramento.

Of course they must be excited to experience something new and add some change in their well-routined lives, but what little things about our hometown will spark some nostalgia upon their departure?

William Tracy (’15) will be moving to Santa Barbara next year to attend UCSB and though its not too far home, Santa Barbara will still have some major differences,

Food, the driving force behind every teenage boys actions is the trigger that brings Will undeniably close to tears when he thinks about leaving it behind.

“I will mostly miss my home cooked meals and late night runs to Marie’s,” he shares. “So mostly food apparently”

“Also I won’t be able to make brunch. Can I have a waffle iron in my dorm?” he adds.

Wow that actually does suck, sorry for your loss, Will.

On a more outdoorsy note, the snow is something that Will will be extremely far away from,

“I will not be able to go skiing or backpacking because of lack of snow and I can’t bring my gear,” he says. “I guess I have no choice but to start surfing.”

Now he’ll be a real Californian. Not having snow is not the worst thing in the world, but Santa Barbara is notorious for their lovely weather,

It seems that the only thing Will is really disturbed about is the food provided to him in Sacramento. Other than that, it looks like he’s pretty ready to get out and try something new.

Santa Barbara is only a couple hours drive away from Sacramento whereas New Jersey is a six hour flight. Quentin Barbosa (’15) will be attending Seton Hall University in South Orange, New Jersey, all the way on the other side of the country.

Though Quentin is very excited to leave his hometown, there are some things about Sacramento that he will desperately miss,

“I think I’ll miss the weather and the more amiable people,” he says.

Sacramento does have a very comfortable four season year, never getting terribly cold. And yes, we have all heard of the New Jersey people stereotypes, but every state has their rumors.

There are some more hidden gems in our lovely city that Quentin acknowledges,

“Sacramento is my city and I’ll miss it dearly,” he recalls fondly. “The Midtown coffee shops, days at the river, and my favorite streets to drive down.”

There truly is a lot that Sacramento has to offer, and its nice to hear someone talk about it with pride and adoration.

Coffee shops that can’t be found in other cities, afternoons spent at the river in the hot sun with a radio playing, and the quaint, yet beautiful streets will certainly always have a special spot in our hearts.

Slang is another thing that Quentin has considered.

“I probably can’t say hella in public over there without people thinking I’m a total idiot.”

Will will have the same problem because apparently Northern California is the only part of the United States that uses that lingo.

Not too far from New Jersey, Victoria Linares (’15), CB’s sweetheart, will be in Boston at Northeastern University. Although far from home, Victoria will also miss the City of Trees quite a lot.

“I’ll miss all my friends obviously, my family, and palm trees,” she says. “I’ll miss palm trees so much and how kind the people are here.”

I don’t know who will suffer the greater loss, Victoria for leaving home, or her home for her leaving.

Sacramento is where we grew up, where we live, where we go to school, and where we make some of the best memories of our lives. Moving on will be hard and there will be things we look back on and wish we could experience again, but change is good and Sacramento will always be here.