You are here: Home \ Arts \ Featured Posts \ Get Jazzy With It
Arts
0

Get Jazzy With It

In February 2013, a bond built upon friendship, music, and dreams was born. In the winter of 2013, Frank Huntington IV (‘15) and Matt Reade ‘14, now attending Ponoma College, joined forces to form the Capitol Jazz Combo. The name is based on the birthplace of this musical duo. “Because we’re in the Capital City, […]

In February 2013, a bond built upon friendship, music, and dreams was born. 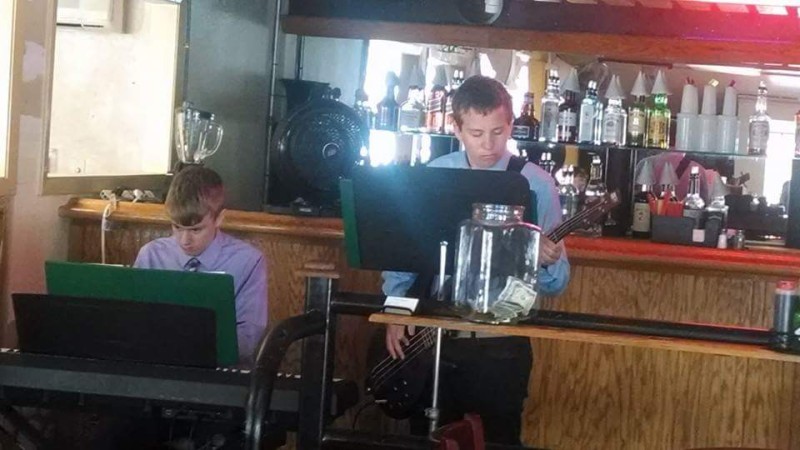 The name is based on the birthplace of this musical duo.

“Because we’re in the Capital City, it just made sense to have it be a part of our name,” Frank explained.

Unlike most jazz ensembles, the Combo doesn’t have a vocalist.

“It’s somewhat unconventional, but we both do some soloing with Matt doing most of it,” Frank clarifies.

Frank enjoys playing jazz even though it isn’t the most common genre for his age group.

“Jazz music is a different type of music especially compared to popular pop music. I think people are surprised that younger people have taken an interest in something that’s as old as the 1920s and ‘30s.”

Both Frank and Matt find the surprise factor a good thing.

“It gives us an edge.” Frank says, while Matt adds that “the surprise factor is great for us.”

Although currently the two aren’t playing on a regular basis, at one point the combo played multiple gigs a day. Matt loves the rush of performing.

“The joy we can bring to the lives of our listeners, even in our post-gig interactions with the elderly folks at the local Eskaton, really makes the whole experience of playing music worth it,” he says. “I think it was and remains a huge part of why Frank and I do what we do.”

Before playing at a local cafe in Carmichael on a regular basis, the two sent out a 1oo demos to different businesses with no luck. But they pressed on in their musical endeavors no matter the rejection they may face.

“You just have to keep pressing on and keep making those calls; otherwise, you’ll miss out on the answer you want.” Matt says. “If you are confident in what you can do, it will show in how you sell your music and how you play it.”

The Capitol Jazz Combo urges all musicians or even non-musicians to try to expand their musical experience.

“Pick up an instrument because honestly doing that was the best decision I even made,” Frank passionately tells the Talon.

Matt concluded the interview with this last thought about the power of music and working with Frank .

“Music is a unique way to interface with others, and to work with Frank as long as I have has formed quite a bond between us as musicians and as friends.”