You are here: Home \ Community \ Featured Posts \ The Potential Breezeway…Really a Breeze?
Community
0

The Potential Breezeway…Really a Breeze?

Getting places around campus can sometimes be a challenge. Can the addition of a breezeway to the CB campus be the solution? For years, the Christian Brothers campus has been comprised of pathways of strict right angles, with routes skirting along the edges of entire buildings. The results have been traffic jams in hallways, late […]

Getting places around campus can sometimes be a challenge. Can the addition of a breezeway to the CB campus be the solution? 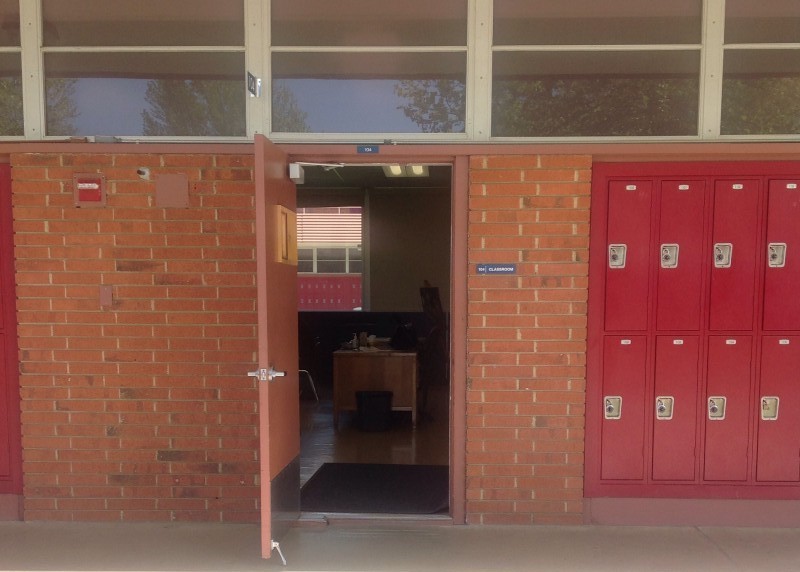 For years, the Christian Brothers campus has been comprised of pathways of strict right angles, with routes skirting along the edges of entire buildings.

The results have been traffic jams in hallways, late arrivals to classes, and demands for a more convenient system of travel around campus.

Although these are situations that can normally be avoided with a little planning, the arrival of a new path cutting diagonally through the 100 and 300 wings could greatly improve the ease of movement for all those on the CB campus.

In addition to this breezeway, the masterminds behind this idea would also upgrade the Mary Lawn to a plaza with seating and more trees.

Director of Facilities Steve Barsanti ’78 is one such person behind the breezeway plan.

“We get a little more information each day — the project is definitely still in the works,” he says.

As the head of the grounds crew, Mr. Barsanti is very enthusiastic about this project, along with all of the other new additions to the school.

“I think all the projects we’re doing right now are pretty cool, so it’s hard to pick which one to do next,” he shares.

Mr. Barsanti sees his duties as a “fun job in the regards that [he] gets to help make life easier for the students and staff.”

In the long run, Mr. Barsanti doesn’t care whether he’s “painting the front of the school”, or “building a plaza” — as long as it is working to improve the school, he is eager to help.

Besides this excitement, some are not as enthused for the new breezeway.

English instructor Ms. Lisa Bronson says she is fine with the idea, but if it affects her classroom size, then there will be a problem.

Ms. Bronson’s main objection is that there are “other projects where funds could be utilized better” for improving the school.

Overall, most of the students have little idea that a breezeway could be in their future.

Stephanie Jimenez (’16) is all for it, even though she just recently found out about the project.

“After my A set with Mr. Hood, I have to make my way through the cramped hallway to my B set with Mr. Caselli,” a struggle that is common amongst most students.

Stephanie thinks that the breezeway seems like a cool and innovative way to create less traffic between sets and that it will “open up the campus to all academic departments”.

Like all new projects, the breezeway will be a long process of trial and error. Whether there is opposition or agreement, this project will be decided upon with careful consideration and planning.

Looking at all of the other projects that have been completed such as the theater and the learning commons in the last few years, Christian Brothers is heading in the right direction in terms of modernization and convenience for all those in the Falcon community.