The Story Behind The Nazarenos

The brothers open up and talk about their transition from the Philippines to the U.S. Inigo (’15) and Joseph Nazareno (’17), practically twins when it comes to their appearance, are both witty and humble. Inigo, is known for his personable characteristics and great music taste, while Joe is admired for his vocals in Men’s Choir and […]

The brothers open up and talk about their transition from the Philippines to the U.S. 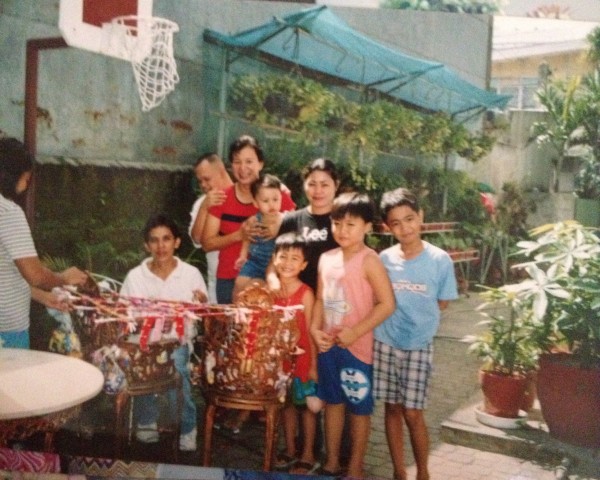 Inigo (’15) and Joseph Nazareno (’17), practically twins when it comes to their appearance, are both witty and humble. Inigo, is known for his personable characteristics and great music taste, while Joe is admired for his vocals in Men’s Choir and his crazy hairdos.

Beneath all that, they have deep Filipino roots.

Along with the rest of their family, Inigo and Joe were born in the Philippines and even spent a portion of their lives there before moving to the United States when they were eight and six years old, respectively.

“[We] moved to the United States because our parents wanted to give me and my brothers the best opportunity possible for a bright future,” Inigo says. “My parents basically had the American Dream.”

The Nazarenos moved to the United States on June 5, 2005, so they will be celebrating their ten year anniversary this year.

Although the United States is commonly known as the Land of Dreams, Inigo and Joe both had a tough time adjusting.

“The biggest challenge was adapting to all the different faces and the language barrier. I was really shy and felt lost,” Inigo says while reminiscing over old times. “I had a really thick accent.”

Joe, on the other hand, fortunately didn’t really have a challenge with the big move.

“I didn’t even know we were moving, so I didn’t really have a challenge,” Joe mentions.

The brothers and their family try their best to visit their hometown as much as possible, but both boys constantly think of what life would be like if they never left.

“It’s hard to remember much — I was too young to care,” the younger brother recalls.

“I miss the weather and the beaches and my house in the Philippines,” Inigo shares. I used to cry because of how much I was homesick and I missed living there so much.”

Moving to a new country is probably an unimaginable situation for most of us, but these two handled it to the best of their ability.

After nearly ten years of living in the United States, and although feeling very nostalgic towards their former home, the Nazarenos are extremely grateful for living here.

“I am very very happy and grateful that I am here. I could not imagine my life being any better anywhere else and I love my life here in the U.S,” Inigo says. “I have all my friends. If it wasn’t for moving here I would not have the privilege of attending CB.”

The American Dream came true for the Nazarenos, and now they have a truly inspiring story to tell.