The Talon tackles today’s Twitter trends. What classifies a Twitter account as “cool”? The number of followers? The quality of tweets? The header picture? The Talon went to find out about the best Twitters accounts of the student and faculty here on the CB campus. Ms. Maureen Wanket has become very popular on the hit […] 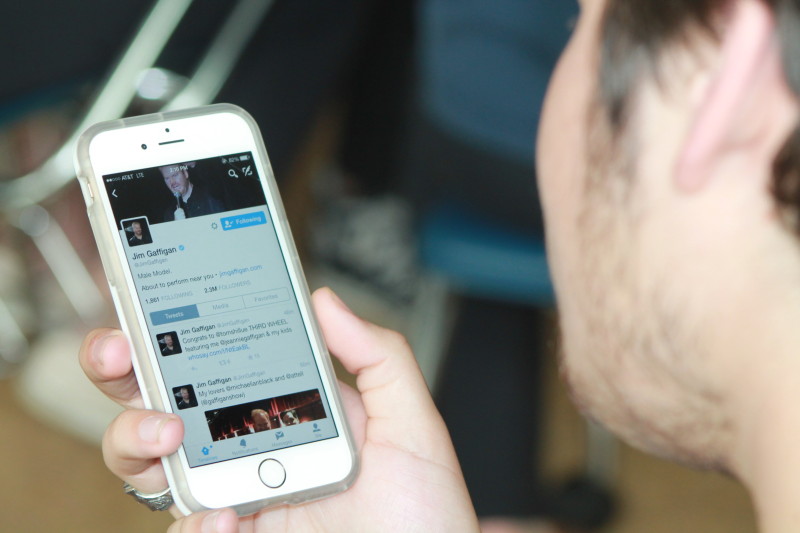 What classifies a Twitter account as “cool”? The number of followers? The quality of tweets? The header picture?

The Talon went to find out about the best Twitters accounts of the student and faculty here on the CB campus.

As a published author, she utilizes Twitter to promote her books, as well as communicating with her students, and also “just to have fun” she remarks.

“Sometimes I’ll have a funny little thing to say and it’s fun to have a place to put it rather than affect my family with it,” she says. “But other times I use it to promote my friends books and to promote my own [books].”

Filtering yourself on Twitter can be difficult, as it is supposed to be a place to express ourselves or say what we thing in 140 characters or less.

Ms. Wanket tries to be as truthful as possible on Twitter, while still being sensitive to her followers.

“I don’t lie; however, Twitter is still a public forum and I don’t tweet rude things even if I think them or they’re true” the AP teacher chuckles. “I’m always thinking of other people’s feelings, but that’s just like civilization.”

As a teacher and member of the Christian Brothers community, Ms. Wanket is always aware that she represents CB all the time, even on social media.

CB senior, Andrea Martinez (’15), is an avid user of Twitter, but she identifies more as a reader, than a tweeter. However, when she does tweet, she tries to keep it real.

“I tweet how I feel” she comments. She advises everyone to “only follow people that you know.”

“I get my inspiration from lyrics and how I feel and the way my day has gone, but I delete tweets if I feel like it offends someone” Molly says.

Kevin Stenvick (’15) is inspired by the celebrities that he follows on Twitter.

People use Twitter for a variety of different purposes. Some people use it to share photos, others use it to vent. Kevin tries to keep it positive on Twitter.

“Too often on Twitter I see things that are depressing or people complain, so I try not to use twitter as a place to complain. I try to make it a place to make people smile and be happy” chuckles Kevin.

One piece of advice from Stenvick to his fellow Falcons?

Whether you use Twitter to keep up celebrities or use it as a place to test out your new jokes, keep on tweeting, Falcons!