Birds Of A Feather Fly Together

Eagle Scouts– The greatest accomplishment of a young boy’s life and CB has a few Eagles in our midst. It’s not an easy task for a Boy Scout to reach the top ranks. Months of preparation and hours upon hours of service go into becoming an Eagle scout. There are multiple requirements to earn the […]

Eagle Scouts– The greatest accomplishment of a young boy’s life and CB has a few Eagles in our midst. 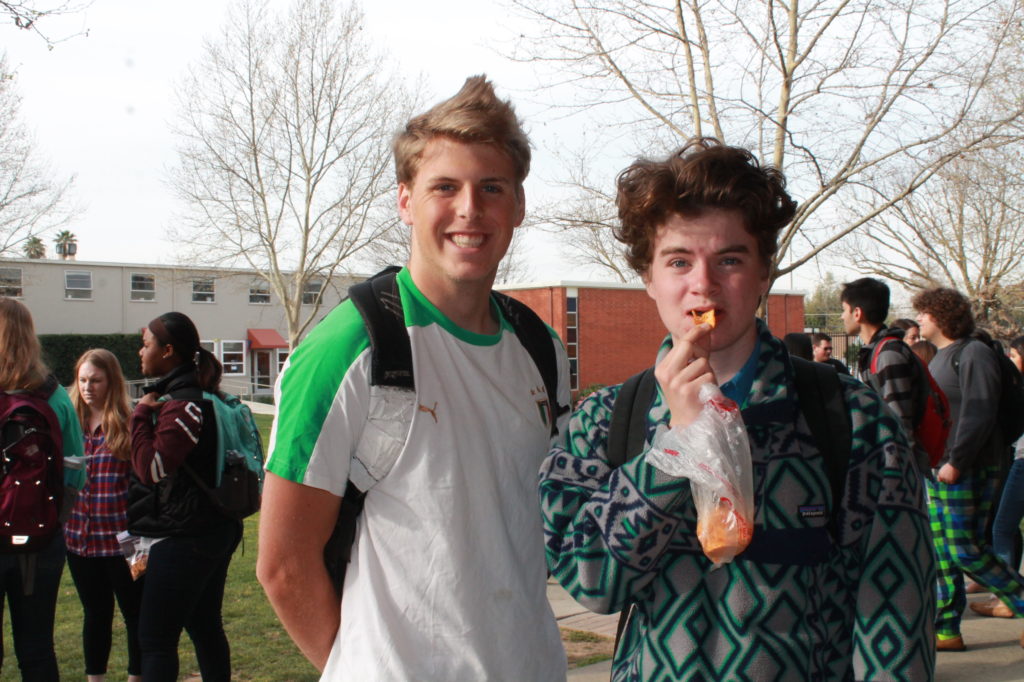 It’s not an easy task for a Boy Scout to reach the top ranks. Months of preparation and hours upon hours of service go into becoming an Eagle scout.

There are multiple requirements to earn the title of Eagle Scout. Scouts need to fill out an application including recommendations, earn 21 merit badges, complete a final service project that leaves a lasting contribution to a community, and a final interview.

“I built root viewing boxes for my previous elementary school [Sacred Heart],” shares the Troop 1 senior. “They’re basically planter boxes with a side of plexiglass so that the root systems are visible for an educational garden.”

Will recently celebrated his becoming an Eagle Scout with fellow Falcon, Gabe Neal (’15), both of whom have spent years together in Troop 1. Gabe restored an entire softball field at East Portal Park that will definitely be a benefit for the community for years to come.

It’s a busy road to be an Eagle, filled with hours of hard work and dedication. More time and energy is spent on these projects than most people spend on school work.

It’s a drain, but these guys go above and beyond to help others. The perk of getting the title Eagle Scout is just an added bonus to helping others.

Julius Pekari’s (’15) project involved fixing up old storage rooms for First United Methodist Church. The church had wanted proper storage rooms for a while and Jules provided. He spent weeks planning and preparing for his project.

“There’s a lot of time and dedication that I had to put into it,” shares Jules, the 400th Eagle Scout from Troop 1. “But I’m very happy that I got it though I’m also sad because it’s over.”

So much of an Eagle Scout’s life is spent in Boy Scouts, so it’s a big change once they are done. Some scouts finish even earlier than their 18th birthday, which is the deadline to become an Eagle Scout.

Corey Louie (’15) became an Eagle when he was 15. He was driven by his overall love of the outdoors to join Boy Scouts and become an Eagle.

“Boy Scouts was something I knew was fun, I did with my friends. As it went on [becoming an Eagle Scout] was a goal that I saw a lot of people attain and thought ‘Oooh I want to do that too'” explains Corey.

Eagle Scouts don’t get enough recognition nowadays. So be sure to give your fellow Falcon Eagles a hi-five in the hallways for all their accomplishments.