Who is hanging out with whom in the CB teacher community? High school is notorious for student cliques. But what about the teachers? Are the teacher relationships just as cliché as the student ones depicted in High School Musical’s “Stick to the Status Quo”? Are teachers just as fun to hang out with as high […]

Who is hanging out with whom in the CB teacher community? 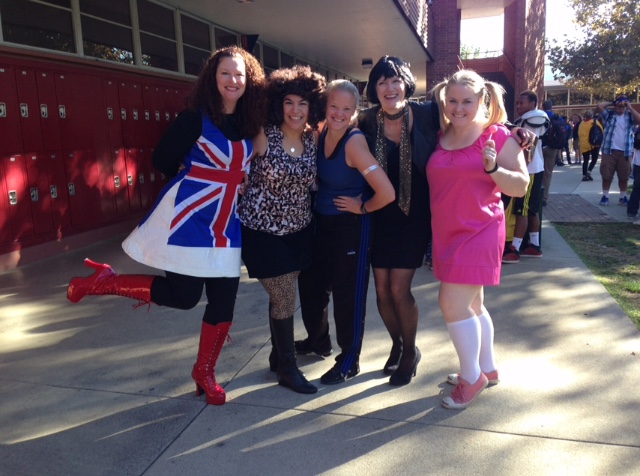 High school is notorious for student cliques. But what about the teachers?

Are the teacher relationships just as cliché as the student ones depicted in High School Musical’s “Stick to the Status Quo”?

Are teachers just as fun to hang out with as high school friends?

There are just so many questions.

Lindsey Doll (’15) shared a student perspective on teacher cliques and just hanging out with them in general,

“I would want to hang out with Mr. Anderson.” Lindsey admits. “I often find myself in Talon so I guess were friends.”

She went on excitedly and offered to, “pay for the whole Talon class to play laser tag this weekend with Ms. Fernandez as my plus one”

Hanging out in the Talon room and offering to pay for laser tag is just not enough for Lindsey though. She desperately craves to be apart of a teacher clique,

“A really strong one is Mr. Guro, Ms. Roybal, and Ms. Flaherty” Lindsey states matter of factly. “I would become a teacher just to be in their clique.”

Sorry, Lindsey looks like this group is a hard one to get into.

Victoria too has been considering being a part of their clique,

“I’d want to hang out with them, they’ve been to Disneyland”.

She has her reservations though.

Teachers, however, do not see themselves as being involved in cliques. There’s is though, a very elite “group” that hangs out at the local Dad’s Kitchen in Land Park to celebrate each other’s company.

Mr. Bobby Fresques spends his Friday afternoons with his fellow coworkers participating in this wonderful gathering.

“Were just a group of teachers who go out on Friday after work to Dad’s Kitchen to have appetizers and a cocktail.”

So teachers really do have lives outside of school. They don’t let their Fridays go to waste.

According to Mr. Fresques, anyone can fit in,

“It’s a very eclectic group of people. Its open ended and anyone could come.”

Hear that, CB? Mr. Fresques is inviting all of us to hang out with him every Friday after school. I cannot think of a more perfect way to end a long stressful school week.

Mr. Dave Levasseur excitedly announced his new membership with the group after the recent staff retreat,

“I must say I did break into the Dad’s clique recently after the retreat.” The Co-Dean of Students says. “Mr. Hunley said ‘hey we’re going to Dad’s’ and I was like alright I’m in.”

The group is extremely welcoming, offering fun to all member of the CB community,

“This group is not cliquey at all, there was no secret password necessary.”says Levasseur.

So CB teacher really aren’t an adult version of High School Musical and they really do have lives outside of work. Who knew?