The Curious Case Of Tom English

The beloved World History teacher opens up about the biggest myth on campus — the “natural” color his hair. There are few things that are still in place at Christian Brothers High School from the year 1979.   Can we even name any of them? Let me think…What about those archaic tube televisions where most of […]

The beloved World History teacher opens up about the biggest myth on campus — the “natural” color his hair. 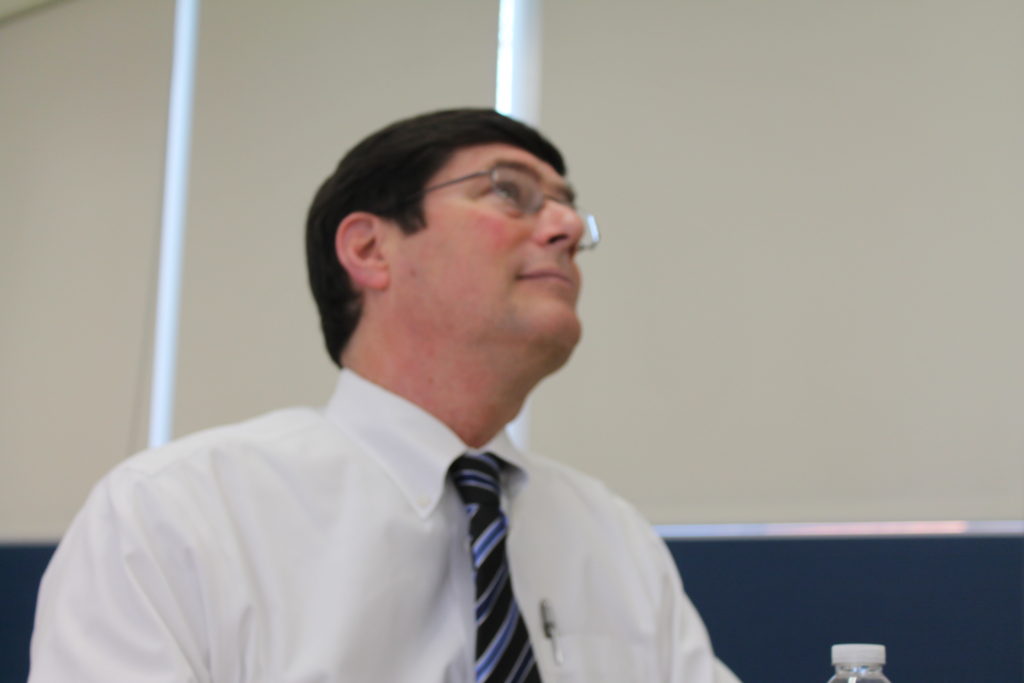 There are few things that are still in place at Christian Brothers High School from the year 1979.

Can we even name any of them?

Let me think…What about those archaic tube televisions where most of us find ourselves watching mundane history documentaries on a subject we try to care about? That’s probably it.

Or what about those desks in the 100s and 200s that were seemingly slapped together using an ordinary plastic chair, a slab of wood, and a couple pieces of metal? Getting colder.

This mystery isn’t about a what, its actually about a who. *audience gasps*

That right, if you haven’t already guessed, it’s the treasured and considerably witty history teacher who hasn’t parted with his cherished chalkboard since he started here in 1979. This man is Mr. Tom English.

Mr. English is embarking on his 36th year as an employee of CB. However, this is not an article about his colored history at Christian Brothers praising his loyalty and fidelity towards our school complimented with the kudos of students and faculty.

Rather this is an article about his style. Yes, Mr. English’s style.

But what about his style is so appealing? Is it his carefully hand picked cashmere sweaters that covers the whole spectrum of colors? Actually, it is his luscious mane of hair that sits atop his wonderfully astute cranium.

Have you ever actually noticed Mr. English’s hair? Even at what Ms. Marian Shackel would call an “advanced age”, he still manages to show to school everyday with his forest black hair gently swept to the side with simple part on the left.

The Talon specifies it as styled to perfection. 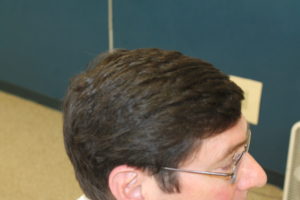 Wow! Look at that gorgeous flow!

However, this phenomena has not always been as you see it today. The Talon went to find out more.

“My hair used to be parted in the middle from college to my first couple years here”, says Mr. English.

Simply shocking. Could you even imagine him without his trademark hairstyle?! What a sight that must have been.

However, the Talon didn’t stop there. We dug deeper to uncover the ancient mystery — does Mr. English dye his hair?

“I don’t,” claims the AP World History teacher. “There gray in there, but it’s just thick.”

“I have a brother who’s a year and eleven days younger than me who has almost identical to mine, but he still parts his in the middle,” says the oldest sibling in the English family. “My little sister doesn’t have gray hair and she’ll be 56.”

“It’s an English family genetic trait,” he declares, adding that “my other brothers are going bald and grey.”

Freshman Nick Smith (’18) testified to the myth made popular by a certain member of the English department.

“Ever since the first day of school, Ms. Shackel would always talk about how Mr. English was so old and his hair was fake because of his toupee,” Nick says.

Ms. Shackel had no comment on the subject to the Talon.

“He would never answer questions about his hair directly. So I guess it’s a conspiracy”, Nick adds.

When asked what he thought about the urban legend, Nick says, “I’m not sure what to think because it looks real, but then again it might not be.”

“I’d have to touch it to find out,” answered the freshman.

Unfortunately, because Mr. English’s hair is basically an artifact that really should belong in a museum, there will be not touching allowed (and flash photography).

But how can such a specimen stay looking so youthful and vibrant looking? He must have some tricks up his sleeve right?

With a slight chuckle, the history teacher insists he is all natural, but adds, “The insides are old though.”

Whether you believe Mr. English is truly human or is of some intergalactic species that has great hair genes, we can all agree that we are happy to have such a man of great character (and hair) on campus.