You are here: Home \ Community \ Featured Posts \ REACHing Out for Global Literacy
Community
0

REACHing Out for Global Literacy

For some people, a vacation to Peru would be nothing but fun in the sun. But for this CB student, a trip to South America resulted in much more than a tan. Back in 2007, Tommy Payne (’16), along with 6 other kids, founded the organization R.E.A.C.H. 4 Books, after witnessing firsthand the poverty stricken people […]

For some people, a vacation to Peru would be nothing but fun in the sun. But for this CB student, a trip to South America resulted in much more than a tan. 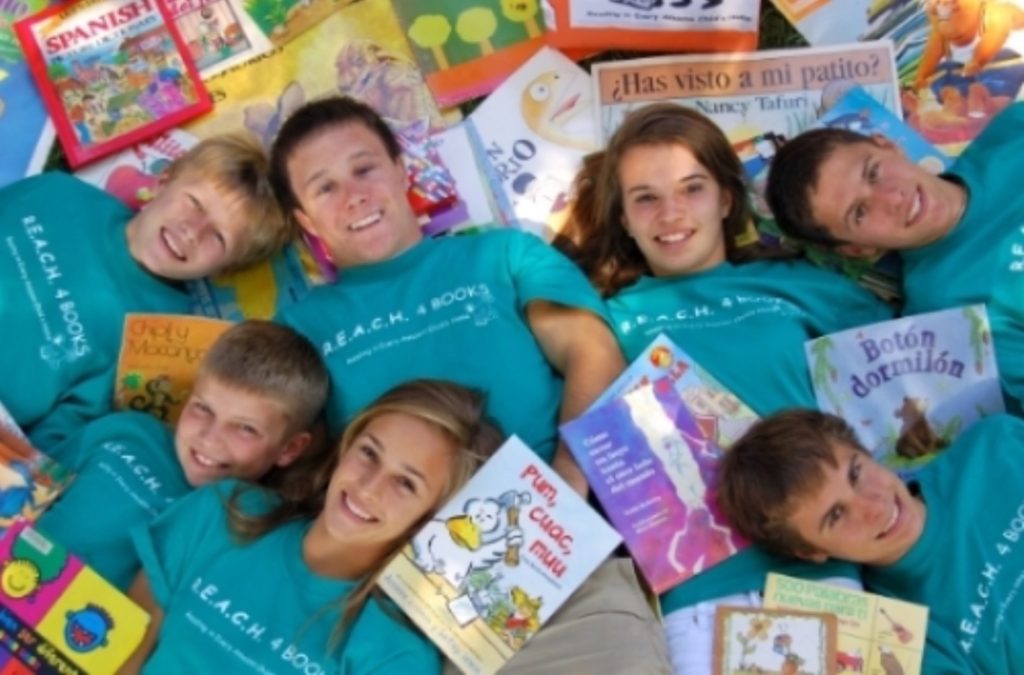 Back in 2007, Tommy Payne (’16), along with 6 other kids, founded the organization R.E.A.C.H. 4 Books, after witnessing firsthand the poverty stricken people who lived along the Amazon River in Peru.

“We decided that it would be the best to bring books down with us,” Tommy recalled of his first trip to Peru. “After that we decided that we wanted to do more.”

The acronym R.E.A.C.H, stands for “Reading in Every Amazon Child’s Home,” represents their mission statement to “take a step towards promoting global literacy.”

What started out as a family trip turned out to be an eye-opening experience which resulted in a newly formed non-profit organization to help improve global literacy.

The process of shipping the books to Peru is simple according to Tommy.

The organization accepts new or lightly used books. These are then packaged, stamped with the R.E.A.C.H logo, packaged in zip lock bags, and shipped to Detroit where the organization is partnered with a zoological society.

From there, the packages of books are send down in suitcases of travel groups that go down to the libraries in Peru.

The R.E.A.C.H 4 Books foundation is also a club at CB, which anyone can get involved in. This club raises the money through fundraising, which purchases and ships Spanish books to send down to the children’s library in Peru.

Not only does this club function for an amazing cause, it also fulfills the mission statement of Christian Brothers of “enter to learn, leave to serve.”

Fellow club member Katelyn Bates (’16) thinks that the fulfillment of the mission statement is made possible because the club “takes this core message and implements it into the real world by helping provide opportunities for education for the less fortunate.”

Since joining the club last year as a sophomore, Katelyn has been able to devote some of her time to serving the poor by raising money for this cause.

“I think the biggest fundraiser we’ve had so far is a garage sale at Tommy’s house last summer where we raised over $500,” Katelyn recalls.

A large amount of that money raised to put towards the mission to promote global literacy.

There are so many ways to get involved in service at Christian Brothers, and the R.E.A.C.H 4 Books club is just one such example.

To learn more about R.E.A.C.H 4 Books, visit reach4books.webs.com to get involved or contact its members.