In under a year, this daring math teacher has already sprouted seeds of affection in all of our hearts. This year, Christian Brothers’ students were greeted with an influx of new math teachers. This Talon went to get the inside scoop on one of these new mathematicians — Mr. Michael Grow.  Mr. Grow has never called the […]

In under a year, this daring math teacher has already sprouted seeds of affection in all of our hearts. 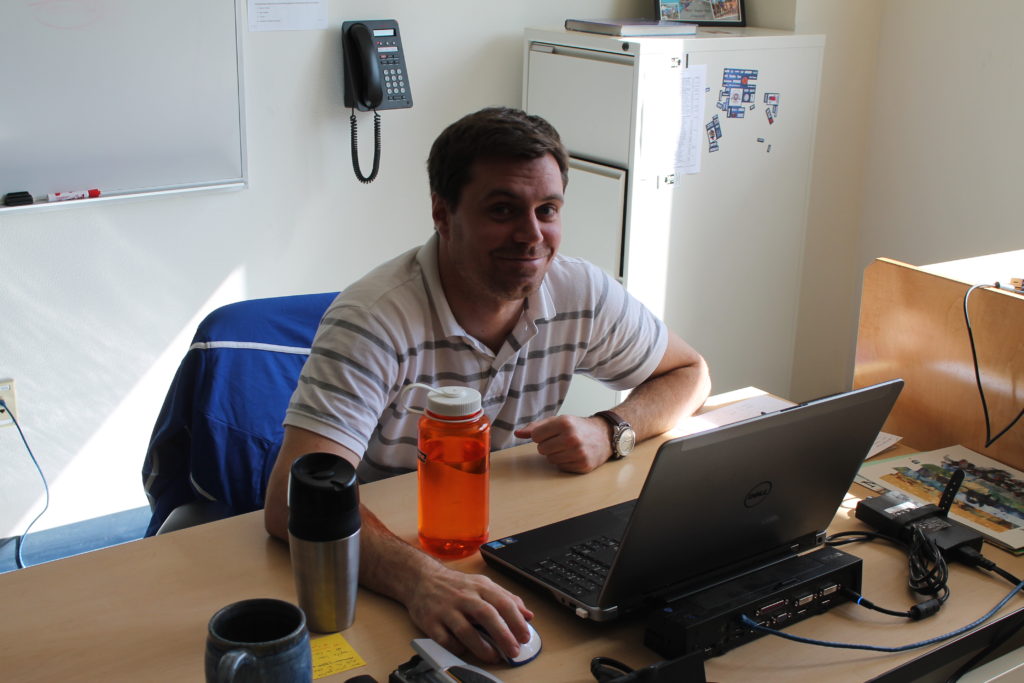 This year, Christian Brothers’ students were greeted with an influx of new math teachers. This Talon went to get the inside scoop on one of these new mathematicians — Mr. Michael Grow.

“I was born in Eau Claire, Wisconsin went to school at Notre Dame and spent lived in Chicago for a little under ten years”

The Talon was interested with who Mr. Grow is outside of the classroom, and he shared his hobbies eagerly,

The aquatic arithmetic man isn’t limited to the water only, however.

“I like to ski, play golf, [as well as] read,” he eloquently stated.

Christian Brothers is not the first school to be blessed by Mr. Grow’s presence and he feels fortunate to be here.

He tells the Talon that CB is the “first Catholic school [he’s] worked at, [and] the students are really polite and great to interact with”.

When asked to elaborate on what being thrown into such a Lasallian community is like he responded passionately that “being at a Catholic school and having a chance to reflect on my faith while I work has been nice”.

As any new teacher could expect coming into a new school, Mr. Grow has faced some challenges.

“I have a lot more students here than I had last year, which has been an adjustment grading wise,” he says. “I also wasn’t coaching last year, so balancing the coaching with the teaching was also an adjustment.”

These new students have nothing besides the nicest compliments for their new math teacher,

“Mr. Grow is a very well educated man, a great math teacher, and also a fun loving guy,” CB soccer legend Alec Edelmeyer (’15) tells the Talon. “I have a lot of respect for him and am grateful for what he has taught me.”

“I already feel a great bond with him,” Matt says. “Even though he is from Notre Dame and I am a USC fan”.

Why teach math? According to Mr. Grow, math is one of the most important subjects.

“I was good at math and liked it,” he says. “A lot of students can’t understand why, but I think math is important to help people think in the way that math requires you to.”

Mr. Grow has gained the favor of nearly all his students in less than a year with his fitted polos and steel blue eyes, and is sure to share the important world of arithmetic with the CB community for many years to come.