Take a look into the life of Christian Brothers’ very own up and coming rapper, Chazahyah Yisrael. Kanye West, 2 Pac, Kendrick Lamar, Dr. Dre, Drake, J Cole, and Chaz.  All of these popular rappers are known for their smooth beats and silky style of rap that infatuates their audiences. But what makes one of these accomplished […]

Take a look into the life of Christian Brothers’ very own up and coming rapper, Chazahyah Yisrael. 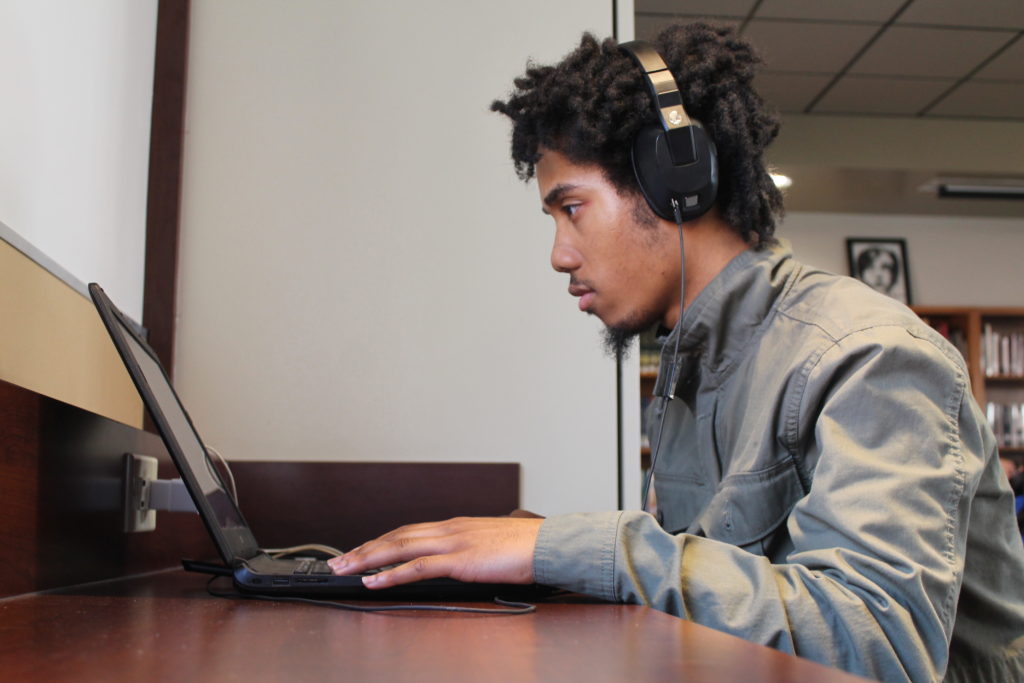 Kanye West, 2 Pac, Kendrick Lamar, Dr. Dre, Drake, J Cole, and Chaz.  All of these popular rappers are known for their smooth beats and silky style of rap that infatuates their audiences.

But what makes one of these accomplished rappers different from the rest? The answer is one of them attends our very own Christian Brothers High School.

This rising star is Chazahyah Yisrael (’15).

So you may now know his name, but do you know his story? The Talon was fortunate enough to get an exclusive interview with the artist/producer who opened up about life as a rapper.

“I began my rapping career actually around 6th grade really, but it was more of like a hobby I just did,”  Chaz says, “It wasn’t actually serious. It wasn’t until high school that I actually started making songs.”

The longtime vocalist and beatmaker decided to take a journey down memory lane and reminisce on some of the many artists that influenced his work.

While Chaz has many outside influences, over time he has found and developed his own unique style of music.

“I try to do songs from every genre that I can relate to,” the senior shares. ” My goal is to have the type of music that any person can play.”

The star studded performance of Chaz and DJ Hightop catapulted him to new heights and grew his popularity among Christian Brothers students creating a “Chazahyah Craze”.

“He’s a very original rapper and he inspires me,” says Ryann. “Plus he has cool hair”

Sophia simply sums it up best.

“He spits straight fire — he gets me feeling some type of way you know?,” she adds. “I like to slip on the headphones late at night and listen to his stuff.

Even if you still don’t know who Chaz is, you may have heard of him after his unforgettable performance of his popular song “No Hook” at this year’s homecoming dance.

“His performance was amazing and Sophia cried,” disclosed Ryann.

“I did cry…I’m in love with him,” Sophia confirms.

Pondering his future as a rapper/producer, Chaz provided the Talon with some insight to his future plans.

“Yes, I’m probably going to be making more songs and dropping EPs, albums and mixtapes…stuff like that,” he announced.

Chaz wanted to leave his loving fans with a personal message.

“I would just like to say that when you tell somebody your a rapper, the first thing they think of is bad lyrics and loop beats, but I would like to let people know  that when I’m rapping I’m actually talking about something meaningful to me.”

You can find all of Chaz’s hits on Soundcloud.