Things have been getting pretty hairy in the second semester at Christian Brothers High School. 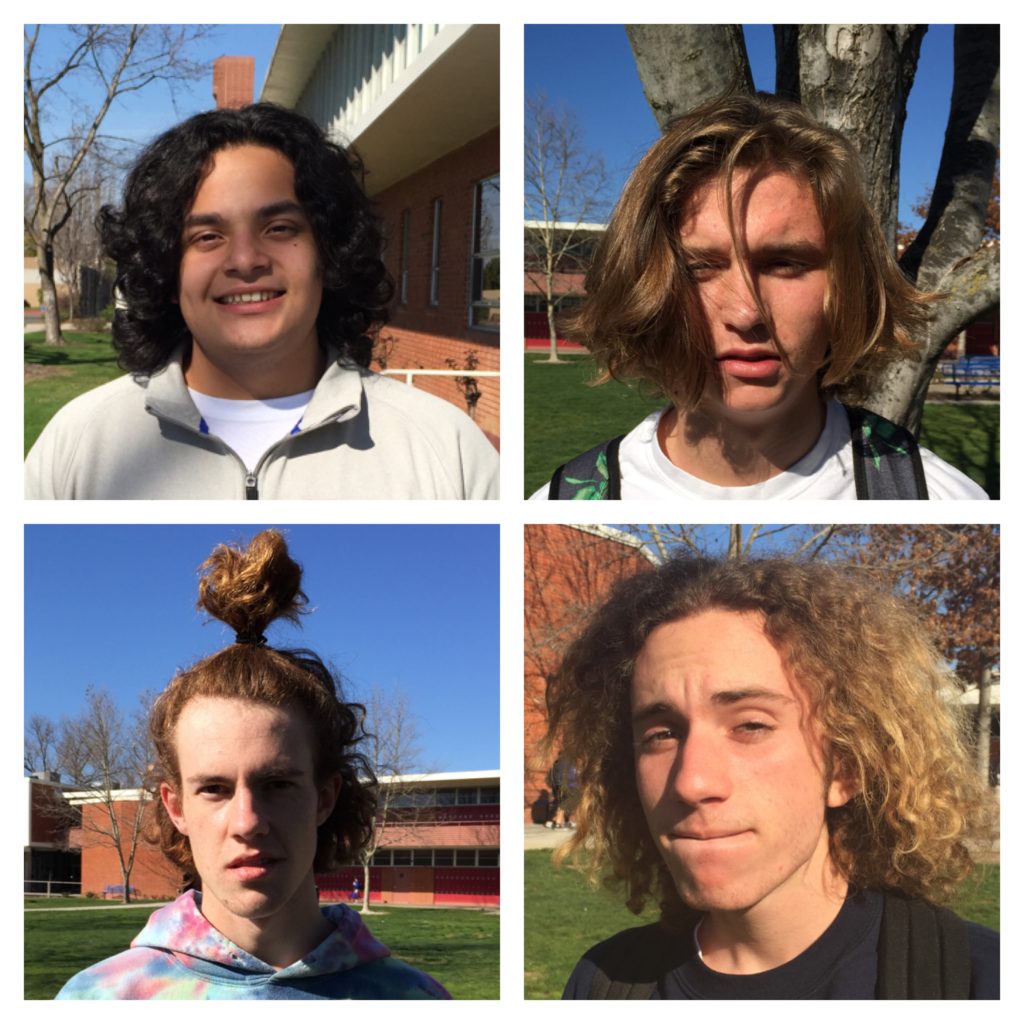 Five weeks ago marked the beginning of 2015 and a new semester at Christian Brothers High School. But the new half-decade brought with it a surprising new-old spring trend — long hair on men.

For one reason or another, the boys of Christian Brothers have collectively decided that it’s time to grow out the mane — and they’re getting creative.

Some wear their hair back in ponytails, some attempt the man-bun, some slip on a casual headband (my method of choice), and some boys just rock out with their locks out.

Rio Fernandez (’15) used to wear his bangs long in front of his face, but after a few years of the same old thing, the social experimenter opted for an exciting new cut.

“Dude, have you seen the man-buns on Tumblr and stuff?” Rio excitedly shares. “Those things are pretty cool. I decided to just make it, and just go with it.”

The various new cuts and updo’s are popular with the boys who wear the hair, but around campus some styles have found a little more opposition than others.

“I saw Jack Steindorf (’15) at a basketball game a week ago and I definitely thought it was AnnaMarie Carmazzi (’15),” says an anonymous source.

“[The man-buns are] kind of disappointing,” says senior with hair Hanna Green (’15).

Lindsey Doll (’15), girl who doesn’t understand what’s going on with this trend, wonders if “they actually want a man-bun, or is it kind of like a joke?”

Harsh words for teenage boys just trying to spice up their look.

But Lindsey brings up a good question. Why the hair? Why now?

Maybe our generation is taking another subconscious step towards gender equality. Maybe we’re doing it to stay warm during the almost non-existent winter. Or maybe it’s for that smooth sensation of slicking the hair back while the steaming hot shower water washes away the stress of the long teenage day.

But alas, we are only teenagers. The oldest of the lot at CB are 18, and for a set of genuine, versatile man locks, it can take close to a year of dedicated hair growth before one starts looking sufficiently rugged.

But for some, the wait is worth it.

Just ask Jake Fuhs (’16), the 6’1″ junior who’s been growing out his hair since the end of his sophomore year.

“I’m in love,” says the dedicated student and hair-growing upperclassman. “I listen to a lot of heavy metal, and it’s a way for me to express that.”

Now I’m not just gonna bombard unwitting targets with savage criticism and not offer advice to help them solve their problems — I’m a journalist for cryin’ out loud!

The truth is, there’s a lot of disparity between the opinions of the hair-disposed members of Christian Brothers. So how can one make sense of it all?

Depending on your hair type, face type, and even body type, one hairstyle or another might look best on you, and another, well, might not look as good.

But just like how girls don’t necessarily dress up for guys, these boys’ new cuts, or lack thereof, are about freeing the mane, lettin’ loose, and being inherently dirty.

“[The hair] is definitely for myself,” says Rio. “A lot of people are just like giving me the glare, and stuff, like ‘Oh no, you can’t have that.'”

But why should a few poor opinions dictate someone’s personal style? Teenage boys haven’t ever been a picture of oppression, but I’d give them total control of their hair over most other things!

Men have looked bad for women for centuries — there’s no reason why this generation should have to conform to egregiously short cuts and strict moral agendas.

The new dawn is here, the revolution begun. The hair is only the first phase. Soon peace will be achieved through equality of brother and sister, father and father, black and yellow, daughter and daughter.

Or maybe it’s just about having cool hair and lookin’ righteous…lookin‘ dangerous. These new hairdo’s bring up a lot of complicated, unsettling questions, but there’s one fact of long hair proven true again and again, without fail.

“Let’s just face the facts, it looks great with any outfit,”says Jake Fuhs, boy with hair.