Newscaster, announcer, and singer — the voice of Dante Mazza has become well known throughout the halls and intercoms of Christian Brothers. Many have become accustomed to hearing Dante Mazza (’15) host Open Mic nights, GQ fashion shows, and sporting events, including football and basketball. But he has recently made the decision that he wants […]

Newscaster, announcer, and singer — the voice of Dante Mazza has become well known throughout the halls and intercoms of Christian Brothers. 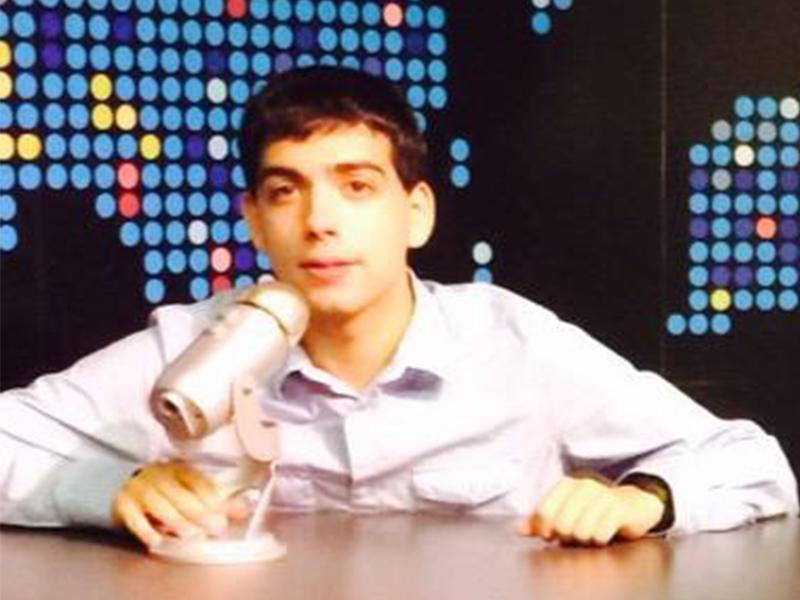 Many have become accustomed to hearing Dante Mazza (’15) host Open Mic nights, GQ fashion shows, and sporting events, including football and basketball. But he has recently made the decision that he wants to expand past the sports desk and the CB community.

On June 16th, 2014, Dante fulfilled his aspiration of introducing his love for the news to the world of Twitter and a month later, Instagram.

“I wanted a slow rollout, you know, to maximize the buzz, but also to give myself time to adjust and find my footing in the social media world,” says Dante.

Instead of jumping right in and posting selfies and countless gifs, he planned to use Twitter to it’s full potential.

“I had always envisioned my Twitter account as being sort of a breaking news feed for my life,” explained Dante. “It is a service that has the ability to share information like never before, and I think that’s what draws me to it.”

His Twitter account provides his followers with national, political, and worldwide news. Aside from the news, on his page you can find sports updates, CB event news, and even track Santa during Christmas time.

Beautiful buildings, historical places, and monumental attractions are displayed every few days. Each post comes with the location and insightful history that inspires his viewers.

“The Instagram thing started as a place for me to share my vacation photos after the fact,” the senior says. “As I started doing this, I realized that many of the places I visited had historical significance, and that even more of them had specific days when they were relevant.”

All of the pictures that he posts are personally taken by himself and never taken from the internet. He only uses his phone, his iPad, and the Instagram editing to capture the moment and deliver it to us.

“His Instagram keeps me informed on the day to day happenings of the world,”  exclaims Luke Harris (’16). “I’m a big fan.”

In his senior year and graduating in just a few months, Dante will be going to Columbia University. But with this, many have wondered whether he will continue his social media sights even though he will be across the United States.

“Columbia and New York City are much bigger markets than CB and Sacramento. That doesn’t discourage me though. I’m really excited to keep on doing what I’m doing on Twitter in New York,” Dante replies. “All my followers will now have a man on the ground in the world’s greatest city, which is pretty exciting in my eyes.”

Dante has found a way to successfully incorporate the important things in life into our generations social bubble. He brings awareness and knowledge in a way that connects with students and encourages us to pursue our passions. Follow Dante’s Twitter and Instagram.