The spunky French Canadian teacher here at CB once had Olympic sized dreams of her own. Ms. Stefanie Howorun was just a regular kid with dreams of representing Canada at the Olympics. The CB French teacher grew up in Canada, and was introduced to judo when she was only eight years old. Yet, mini-Howorun had […]

The spunky French Canadian teacher here at CB once had Olympic sized dreams of her own. 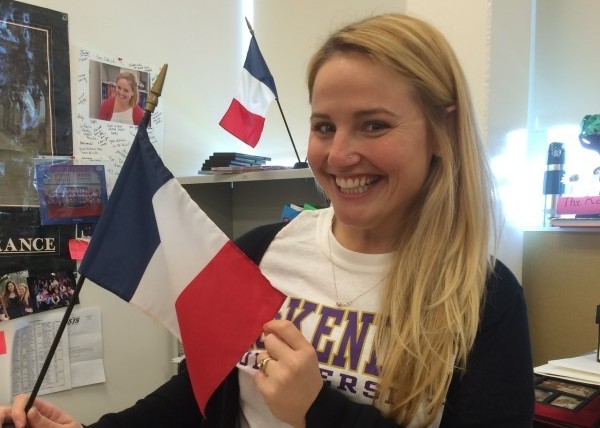 Ms. Stefanie Howorun was just a regular kid with dreams of representing Canada at the Olympics. The CB French teacher grew up in Canada, and was introduced to judo when she was only eight years old.

Yet, mini-Howorun had been unaware of the triumphs and struggles that lie ahead of her long journey as not only a wrestler, but a teacher. The enthusiastic athlete had continued competing in judo, until her friends introduced her to the wonderful world of wrestling when she was only 16.

Soon enough, Ms. Howorun became infatuated with wrestling. She was competing in national championships, beating everyone and anyone who she faced, all while attending high school. But, she balanced work and school efficiently.

“A busy person always finds ways to get things done, the more busy I am the more effective I am in getting things done,” she says.

Her efforts at staying on task were successful. She was on the national team for wrestling and judo and at the very last second when deciding whether to wrestle at the Olympics or  on wrestling or judo, she chose wrestling.

That decision was just the beginning of their wrestling career. Ms. Howorun began training full time, taking eight months of of school to travel across the globe. She trained internationally, from the United States to Japan to Turkey.

All of her motivation and hard work paid off, for she planned on wrestling in the December 2007 Olympic tryouts. Her goal to represent Canada was coming true, so she thought.

Three weeks before the Olympic tryouts, training full time in Wisconsin, Ms. Howorun was competing in a practice match against a United States wrestler. She threw the wrestler and that’s where it all went wrong as her shoulder went numb.

She was rushed back to Canada to see a specialist and she there found out her fate, that she had torn everything in her shoulder and couldn’t compete in the Olympic tryouts.

Ms. Howorun was distraught by the tragic news.

“[It was] best thing that ever happened to me,” she says of her injury. Instead of mourning and watching the Olympics on TV she did the best thing she could; she moved to Paris.

It was in the City of Lights that her romance with everything French began to blossom. She enrolled in school and became a French teacher, a career move that would influence her life to come. She also decided to coach wrestling on the side, becoming an inspiration for her students as well as her team.

Here as a coach and teacher Ms. Howorun has made it her goal to be the best example of a determined leader, helping kids achieve their own dreams. From teaching French to coaching wrestling to moderating the French club, she truly does do it all.

Ms. Howorun will continue to take CB by storm, teaching us all to never give up on our dreams, even if they really are Olympic sized.