The CB community joins hands in celebration of the wildly captivating Internet sensation, Netflix Instant Streaming. (photo courtesy of Creative Commons) The students and teachers of CB are deeply intertwined. Their lives have veins of similarity running rampant throughout their bodies. But what connects the two seemingly unlike worlds of teachers and students? An on-demand […] 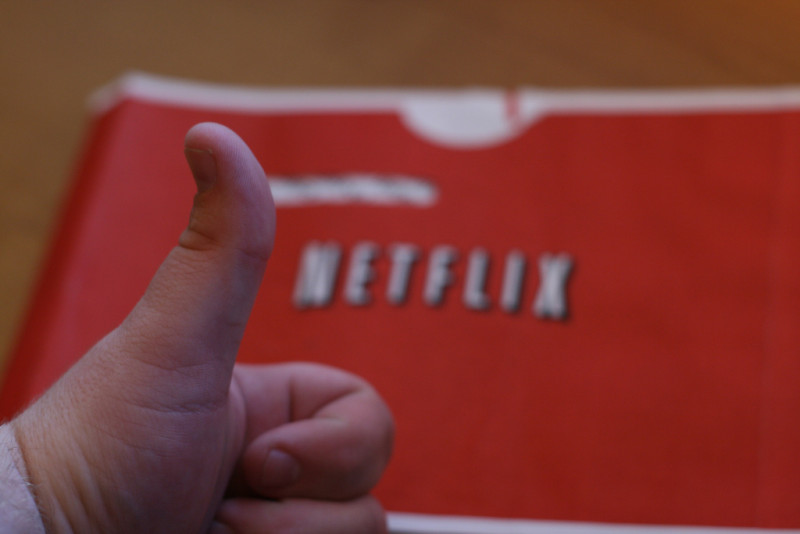 The students and teachers of CB are deeply intertwined. Their lives have veins of similarity running rampant throughout their bodies. But what connects the two seemingly unlike worlds of teachers and students?

An on-demand provider of TV shows and movies known as Netflix.

In just a few short years, Netflix has manifested into a worldwide phenomenon with viewers in all of North America, South America, New Zealand and Australia, and parts of Europe. As of July 2014, Netflix has over 50 million subscribers.

Those who do subscribe often are not shy to express their satisfaction with Netflix and the wide variety of shows from past and present in an on-demand setting for a low monthly fee of $8.99.

However, what about those who aren’t apart of this new pastime and source of entertainment? I for one, don’t know anything about what life with this modern, on-demand Netflix is like. I was a part of the original Netflix subscribers; we received three movies in the mail a month.

But once Netflix moved to an on-demand and online source, the Winn family withdrew. Others, although few, simply aren’t apart of this new culture. Are they missing out?

One of those outside the realm of Netflix is senior scholar, athlete, brother, son, friend, and disciple of Christ, John “Jack” Barnes (’15). John claims life without Netflix can be rough, but not having it is probably for the better. Without access to the on-demand streaming provider, John finds he has more time time to get homework done and get more sleep than if he did have it, although he feels, “definitely left out on the subject of Netflix.”

“If modern neurologists are right about the boob-tube’s affects, my brain is probably melting at a slower rate than those if Netflix users,” John adds.

On the opposite side of the spectrum, senior lacrosse star and Hannah Delaney (’15) is “immersed in the entertainment culture,” that Netflix brings.

She feels Netflix has made a positive impact in her life because it gives her a topic of conversation with her friends as well as something to look forward to after finishing her homework, “but sometimes I just watch Netflix first,” she bashfully reveals.

“[Netflix] kinda unites people- everyone who watches Netflix kinda has a bond,” she said.

Hannah went on to explain how the Netflix-specific shows as well as the regular shows on Netflix provide for topic of conversation between any two avid Netflixers.

A.P. U.S. History and Psychology teacher and moderator of Moot Court Mr. Michael Hood might be a bigger fan of Netflix than Ms. Delaney. Though he does not binge watch, Mr. Hood finds Netflix to be an escape.

In the life of a father of two and teacher to many, activities are constant and time is of the essence. Netflix allows Mr. Hood to take a step back and relax, “It always makes me feel better after I watch it.”

To Mr. Hood, Netflix can be described as: accessible and filled with good content. He believes the reason for the resounding popularity of Netflix is it’s accessibility. Since technology has been so advancing, putting the selection of a wide variety of TV shows and movies at the fingertips of subscribers has carried Netflix’s popularity further and further.

Like Mr. Hood, religion teacher Mr. Chuck Zannetti subscribes to Netflix. However, he does not frequent it quite like Mr. Hood. The Zannetti clan loves Netflix and uses it at home, however Mr. Zannetti usually uses Netflix to show documentaries in class which he finds is a very useful and positive tool.

In fact, he thinks having a collective, shared account on Netflix for the the Religion Department would be great because it would allow teachers to freely use and share pieces of film for their respective classes.

Mr. Zannetti shares the same opinion on the reason of popularity for Netflix as Mr. Hood, “It’s instant. It’s available.”

“Because where are you going to go to rent a video? Blockbuster? Oh, wait! Not here,” the jolly teacher joked.

In a persuasive manner, Mr. Zannetti left me with this, “It’s the way to go.”

The wise teachers of CB compared Netflix to what they used in Netflix’s place as kids. The instant access Netflix offers is almost without qualm.