You are here: Home \ Arts \ Falcon Features \ Featured Posts \ Making It In The Music World
Arts
0

Making It In The Music World

From putting their music online, to getting their own gigs and shows, many of CB’s students are making a name for themselves in the music world at a young age. Thanks to the use of social media, many CB students are aware of their musical peers. But their stories and long term goals seem to […]

From putting their music online, to getting their own gigs and shows, many of CB’s students are making a name for themselves in the music world at a young age. 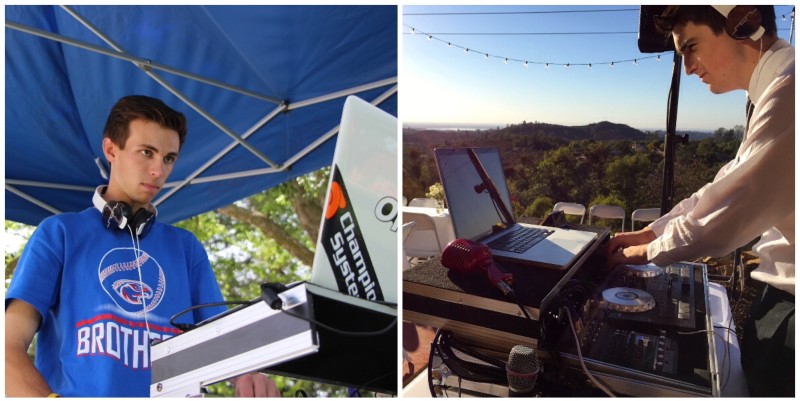 Thanks to the use of social media, many CB students are aware of their musical peers. But their stories and long term goals seem to go unknown.

Although it is widely known that the music industry isn’t an easy road, many Christian Brothers students are getting started early.

The Talon takes you on the musical journey of several Falcons and provides advice from a current star, Andrew Watt.

Perhaps the most popular duo of musicians at CB are Beau Paulsen (‘16) and Aaron Cervantes (‘16).

Many CB students have seen Beau and Aaron DJing at rallies or other school events, but the two have quite the story behind them.

Aaron and Beau became friends freshman year, but before that, music was always within them.

Beau shares that his parents were “always really into music” while Aaron tells that “if there was any music around I’d always be involved with it.”

Clearly these two have always had an ear for music, and they aspire to take their careers even further.

“I want to DJ in college for sure” Aaron says. “We also really want to do large, live sets.”

Beau and Aaron are setting the sky as the limit, but also realize that making it big means a lot of hard work. 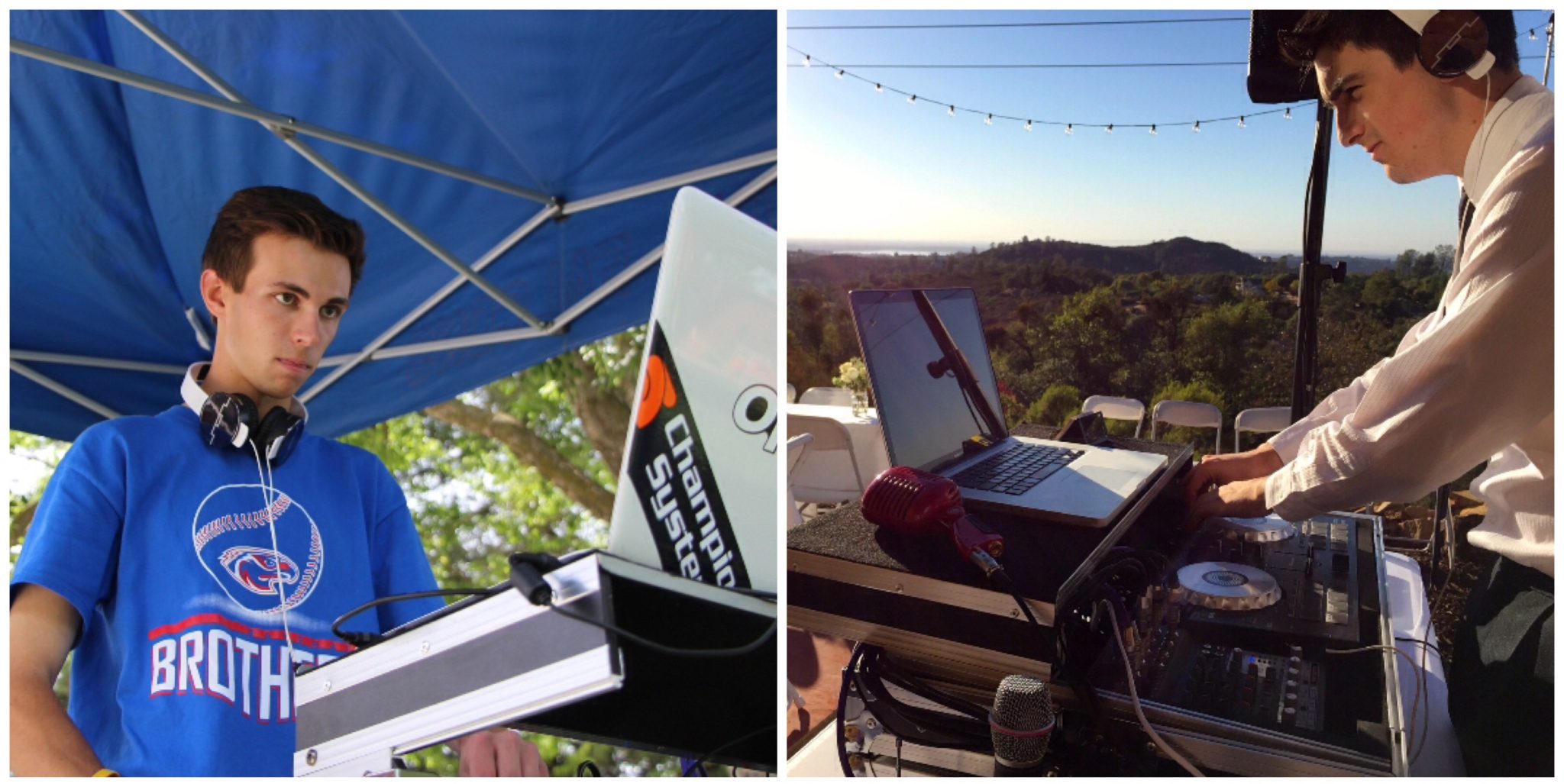 Aaron explained one of the most important aspects of pursuing a career in the music industry.

Although performing is really important, Beau realizes it isn’t the only thing.

“Doing a gig doesn’t really get you out there because for the most part, the people at gigs are only kids and teenagers who don’t really care,” Beau explains. “It’s communicating with the people who hired you, and getting to know the people they know. It’s all about connecting and networking.”

Beau and Aaron have high aspirations for their future careers as DJs, and they agreed on one thing they hope the future leads them to.

“We want to start making our own music at some point,” says Beau.

This duo has a lot of work ahead of them, but they seem to have a pretty good idea of the growing world around them.

Along with Beau and Aaron, sophomore Mindy Roces (‘17) is also taking her shot at making it big.

Even as a kid, Mindy knew she had musical talent.

“Ever since I was little I always loved to sing,” she tells. “I’d always perform at talent shows.”

But as a kid, it wasn’t a major part of her life as people may have thought it was.

“I never really took it seriously, it was just something I loved to do.”

As time went on, Mindy began to work at her talent, improving her already amazingly talented skills.

“Last year, I started to make Soundclouds,” she says.

“I recorded myself singing and posted the videos online,” she explains.

Mindy began to really enjoy using the service to promote her music.

“It helps a lot with confidence. When no one hears you singing, you don’t have much confidence,” she tells. “But when you put your music out there and you hear feedback from other people, it builds up confidence.”

Overall, Soundcloud has really helped Mindy, but not only with confidence. She now has a wanting for others to hear her music.

“You start to want to perform more,” Mindy explains. “It puts you out there for other people to hear.”

Along with performing more, Mindy’s plans for  the future are quite aspirational.

“People always ask if I’m gonna audition for The Voice or something, and yeah, I’d love to do that,” she shares.  “But as of right now, I’m gonna keep doing what I’m doing.”

For this singer, there’s one thing that is key to her success so far.

“Confidence is the biggest thing. You could be a great singer, but you always need confidence to perform in front of other people.”

Another talented CB student is the musically gifted Nick Garcia (’15).

Nick’s self discovery with music started at a young age.

The band actually lasted quite some time.

“We played on and off for a few years and got some other people involved,” Nick explains. “It was fun for a while, but by freshman year I didn’t play with them anymore.”

Although a lot of people think there is absolutely nothing better than a middle school band, Nick found it better to go solo.

“Then I did my own thing for a while,” he shares. “It’s always been easier just to make music on my own. That’s been working out for now.”

Nick finds his solo music to be a very specific type of genre, which many people enjoy.

“I sound like noisy, 90s, indie rock stuff,” he explains.”Sometimes people compare what I do on stage to LCD Soundsystem, an electronic group.”

But for Nick, making music is not about fame and fortune. It’s more self- satisfying than that.

“I kinda like just to have fun with it,” Nick says.

Although Nick creates his music simply because he enjoys to do so, he doesn’t stop other people from enjoying his radical tunes as well.

“I put stuff out online, and that’s fun for me,” he says. Nick uses another music sharing service known as Bandcamp.

Nick’s journey through the music world has not been a straight path, but he is making the best of it like any skilled artist would.

Any talented musician would also know that advice from someone who has been there is also essential for building a career in music.

Beau, Aaron, Mindy, and Nick are clearly all gifted performers. In order to keep them on the right beat, the Talon presents advice from Andrew Watt, a solo artist and member of rock band California Breed. 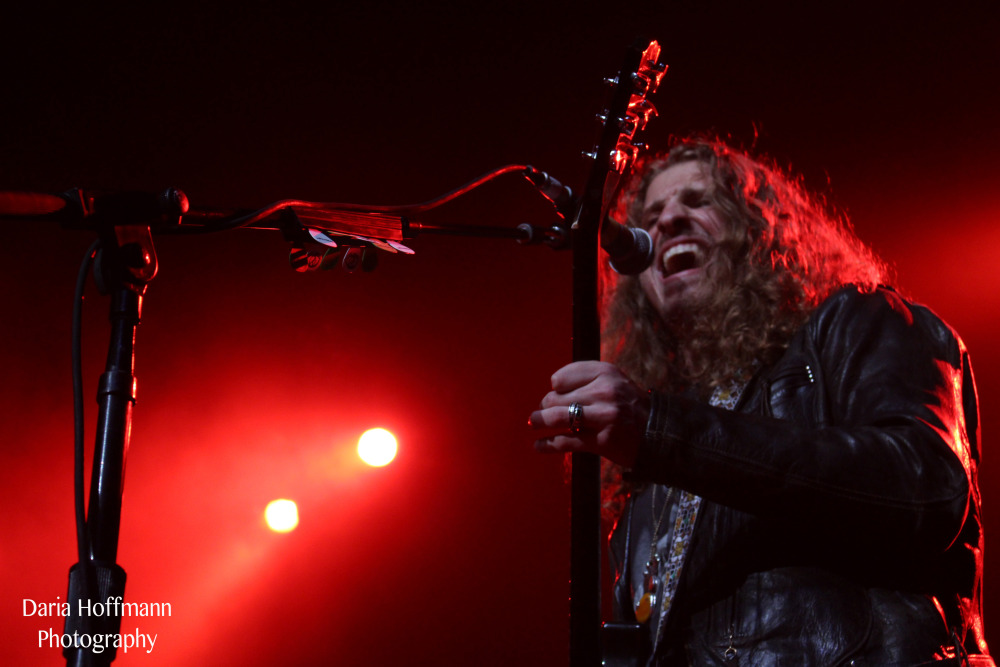 Andrew Watt performing at the Warfield in San Francisco.

Where is a better place to start than the beginning of his musical journey?

“I moved to New York City when I was 17,” Andrew shares. “I started playing everywhere I could. Every little jam in every little bar in the city.”

But Andrew knew that performing wasn’t the only important thing.

“I started booking and promoting my own shows,” Watt explains. “Going to as many shows as I could, staying to the end and talking to band members and managers.”

“I got my first chance to jam on a big stage with The Roots,” he tells. “That led to my first gig as a guitarist with a hip hop act on Interscope [Records] and it’s been a long and winding road since then.”

Andrew’s journey has taken him through many ups and downs, and with all this comes loads of experience and advice for others.

As he moved up in the music industry, he learned one of the most important things for any growing artist — perseverance.

“You have to be willing to go to no end to get what you want,” Watt explains. “Drive first, talent second.”

Of course, another huge aspect of being a successful musician is the size of their fan base. But for many, finding ways to increase their number of fans proves to be a difficult challenge.

Andrew’s suggestion is as simple as four words.

But even when a fan base has been established, it is crucial for it to keep growing, which is another challenge artists face. Luckily, Watt has had plenty of experience in this category.

“While the internet may have hurt sales of music, it has opened up a whole new world of promotion, especially for young independent artists,” he explains. “Soundcloud and YouTube are personal favorites.”

Every artist’s experience and journey will be significantly different, but there is one key piece of advice from Andrew Watt that can be followed by not only musical artists, but by everyone.

“Don’t be afraid to ask, the worst they can say to you is no,” he says.

Becoming a performer is not an easy task. There are tons of different challenges to be faced such as making connections, promoting, and getting discovered.

Beau, Aaron, Mindy, and Nick seem to have a great grasp on the challenges ahead of them. We wish them luck and hope to see their names on the Billboard Top 40 in the future.