To: Thiebaud, From: CB

You don’t need to go to Hollywood to meet celebrities. We have one right here in good ‘ole Sacramento. Painting made by Madeleine Nicolas (’15) Sacramento is home to well known artist Wayne Thiebaud, who began as a teacher  at Sacramento City College before becoming an assistant professor at the California University of Davis in […]

You don’t need to go to Hollywood to meet celebrities. We have one right here in good ‘ole Sacramento. 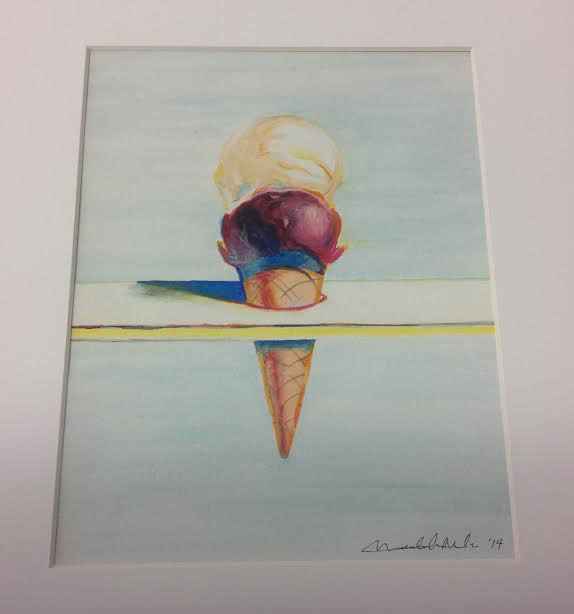 Painting made by Madeleine Nicolas (’15)

Sacramento is home to well known artist Wayne Thiebaud, who began as a teacher  at Sacramento City College before becoming an assistant professor at the California University of Davis in 1960.

In that same year, he had his first solo show in San Francisco at the San Francisco Museum of Modern Art and shows in New York City at the Staempfi and Tanager galleries. These shows received little notice, but two years later, a 1962 Sidney Janis Gallery exhibition  in New York officially launched Pop Art, bringing Thiebaud national recognition.

The Sacramento B Street Theater as is holding a tribute to Wayne Thiebaud and asked CB art students to contribute something to this spectacular artist.

Mr. Findlay McIntosh, the head of the visual arts department at CB, always tries to give his students opportunities to showcase their artwork to the public.  The theater poster for Street Scene? Art students. The Christmas and Easter cards? Also, art students.

The painting students in his Advanced Painting and Honors Drawing & Painting classes presented their own take of Wayne Thiebaud’s artistic style. The paintings were presented in the B Street Theater  in the tribute for Thiebaud.

“This is the first year we have done this. It was the idea of Jim Ferry who owns the B Street Theater,” Mr. McIntosh says. “He has always been a supporter of young people and their art.”

“He asked me if our painting students would like to honor Wayne Thiebaud and have their work hang in the lobby of the B street during the Christmas season. The response has been so good they would like to do it again, maybe in the spring, but for sure annually.”

Sofia Cocke (’15) participated in the event and enjoyed it substantially,

“I really loved being part of the gallery,” she says. “I like these types of things because it helps me practice different techniques of painting. And of course it is always nice to see your hard work being shown.” 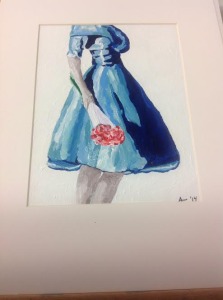 “Galleries like this  one are perfect for young artists. It gives them the opportunity to show what we can do,” she adds.

Art students hardly have any mention compared to other visual students. Opportunities like this let us ‘strut our stuff’ so to speak.

” This opportunity should be given to all students. I would like to see shows  like this occur more often,” Sofia says.

The show is open until the end of December so check it out, enjoy student artwork, and get to know a Sacramento celebrity.