CB’s German class is finding out that maybe you don’t need a teacher in the classroom after all. In the closing of CB’s German language program, students taking the course have experienced many changes: from teachers, to classrooms, to methods of learning. I myself have been in the program since freshman year. In four years, there […]

CB’s German class is finding out that maybe you don’t need a teacher in the classroom after all. 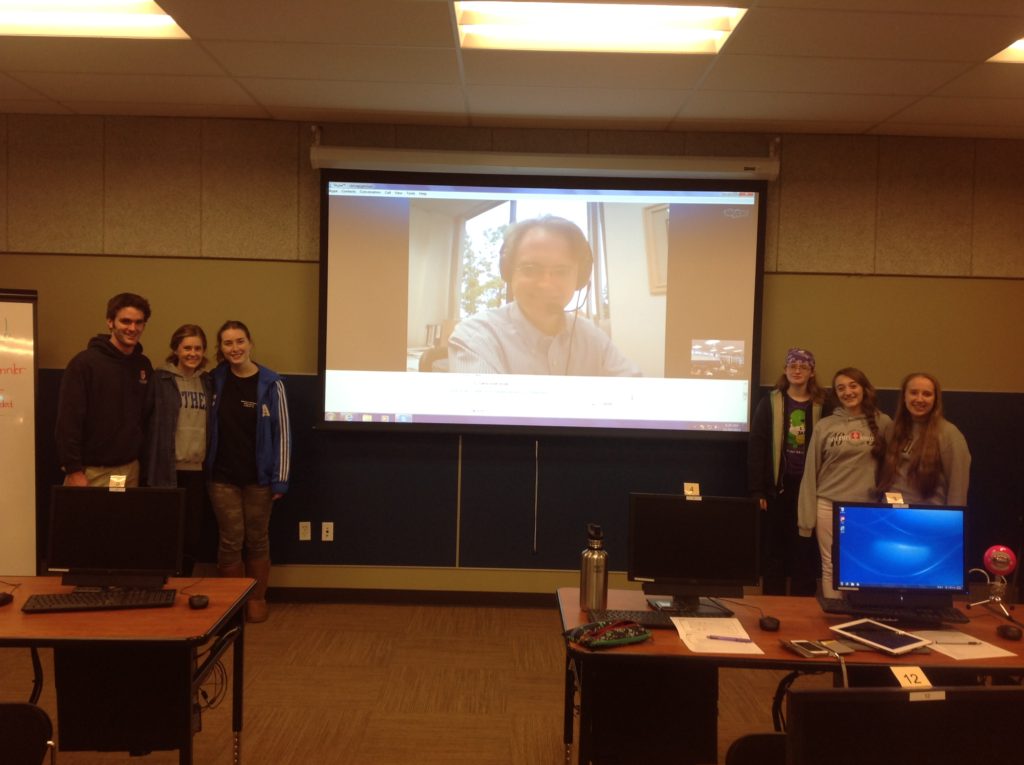 In the closing of CB’s German language program, students taking the course have experienced many changes: from teachers, to classrooms, to methods of learning. I myself have been in the program since freshman year.

In four years, there have been four different teachers. Each new teacher takes some time for us as students to get used to and see how they run the class. However, as different as they have been, each teacher has had a positive impact on the students, bringing new techniques to better understand and memorize the language.

“The hardest thing for me to get used to is learning what each new teacher wanted from the class becaue they brought something different with every year,”  Kristen Geibel (’15) says.

Year one was an introduction, but Ms. Harjes gave us the foundation for learning the language and the groundwork to expand our knowledge.

“Freshman year we learned a lot about talking about how we are, like how we’re feeling that day,” Kristen explained. “Like if someone asks us ‘how are you?’ We can say ‘I’m doing really well,’ or ‘I’m not so good.'”

Year two focused on developing vocabulary, conversational skills, and familiarity with tenses of the language. Mrs. Lysinger gave insight to the culture and history as well, showing movies that captured famous events and their repercussions.

“Sophomore we learned how to express pain,” Kristen continued. “Like if we were having a bad day, like our stomach hurt or if we broke our foot.”

Year three with Mrs. Snyder was much more writing and vocabulary oriented. At the same time, we sort of stopped using the text books. It was somewhat refreshing, as she did not follow the path of the text to teach the class, but rather used her own knowledge to guide us through and help us learn.

“Junior year we learned different cases, so it was more focused on grammar,” Kristen described.

Year four has brought the greatest change. As we prepare for the AP test, we are balancing face time with our teacher, Mr. Lincoln Snyder (’95), as well as Skype time. We switched textbook companies as well this year, so it has taken some time to adjust to the organization and layout of the current books we are utilizing.

“We’re focusing on taking the AP Test, so we’re learning the strategies that are needed to pass and just kind of survive,” Kristen shares.

Three to four days a week, class is in the Tech Center of the Learning Commons where we Skype in with Mr. Snyder. explain why he’s skyping

“I like the Skype,” Kristen says. “I think its really different. At first it was hard to stay focused when the teacher wasn’t there, but now it’s hard when the teacher is actually there because it is so different than what I’m used to. ”

However, Kristen is a fan of the Skyping and the changes.

Mr. Snyder has Skyped in from a vast variety of different places to teach us: his home, his office, and even underneath a cell tower by his child’s doctors office. Our teacher is not full time, so he does not come in everyday. Skype is a super convenient alternative for us to carry out the class and get through all the material.

This is the smallest academic class I have ever been in (a grand total of six of us make up the program currently); however, the size is so nice because we all get so much attention and so many opportunities to participate. Participation, especially in foreign languages classes is crucial to experiencing the language and understanding how it functions in conversation.

We knew coming into the program freshman year, that we might not be able to take four years of this language. However, we were fortunate enough to be given one last year to study our chosen language

It’s been fun learning German, but all good things must come to an end. After this year, Auf Wiedersehen, Deutsch.