Who Said Senior Year Was Easy?

From college apps to SAT study sessions, the Class of 2015, has come to the realization that senior year is not as easy as it seems. Many use the term “senioritis” to describe the way seniors go about their work load in high school. But is it really the seniors just being lazy, or is […]

From college apps to SAT study sessions, the Class of 2015, has come to the realization that senior year is not as easy as it seems. 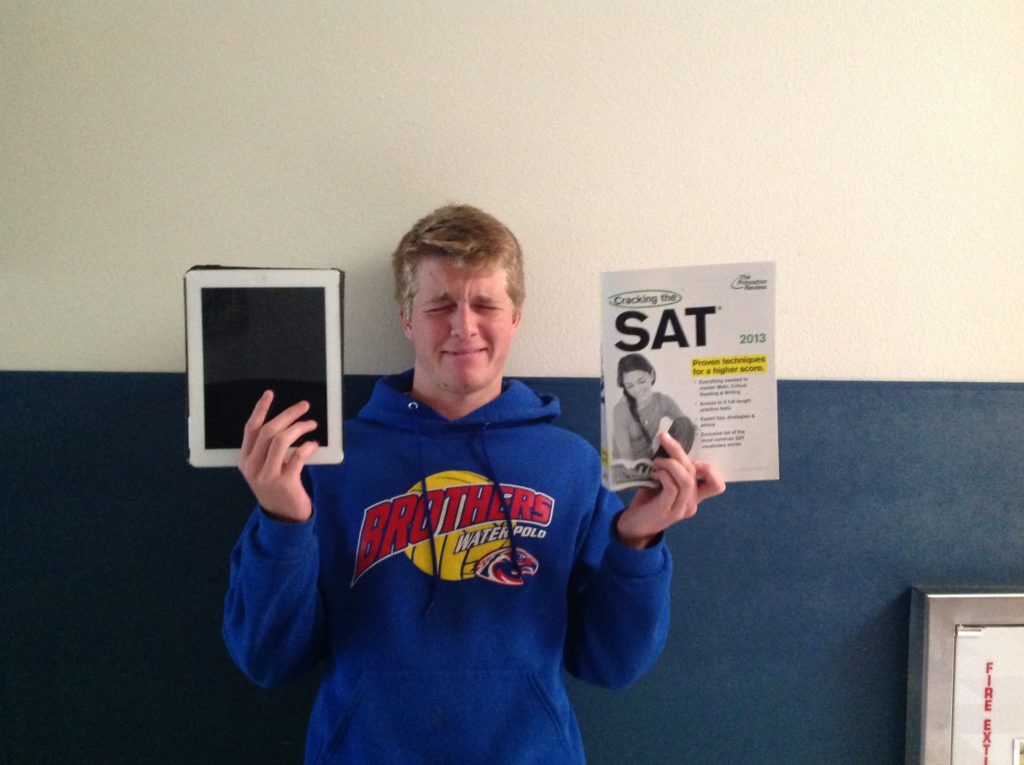 Many use the term “senioritis” to describe the way seniors go about their work load in high school. But is it really the seniors just being lazy, or is there actually a large work load that causes them to burn out?

Not only do some seniors have to deal with college apps and homework but also have extracurricular to attend to. Max Crimmins (’15) began to understand the struggle when the fall sport of water polo came around.

Natalie Maas (’15) is also struggling to find a compromise with the difficulty of senior year.

“I am trying to balance college apps, friends, my grades and family time,” she says. “It’s a truly daunting task so I’m still working on it!”

If the work load combined with testing stresses so many seniors out then why are there constant rumors of senior year being so easy?

The talk of the town is that the Class of 2014 spread the rumors of an effortless senior year.

So I asked where do people hear about the simplicity of your final year at CBHS?

“Well because Jonathan Piner ’14 told me it was easy and I’m taking ‘easy’ classes,” Max explains.

Mr. Kirk Purdy, CB’s Director of Counseling & Guidance, has a theory on how these rumors formed.”

“Junior year is usually the most difficult year for students so they may assume that the courses will not be as rigorous.”

So maybe it’s true for some seniors that their year is easy but for most trying to find a compromise of having a social life, studying for the SAT and balancing senior classes has been a very difficult task.

Instead of adding more endless hoaxes about how easy-peasy-lemon-squeezey senior year is I asked the seniors to give legitimate advice to our fellow juniors about next year,

“Don’t stress out because next year will be totally worth it,” responded Max excitedly.

Natalie had a different spin on some helpful hints.

“Don’t feel obligated to take any classes just because someone told you to,” she advises. “Have fun, live it up — it’s your senior year and everything is your last this year. Enjoy the CB time while you have it because time is a tickin.”

Coming from a counselor stand point, I wondered what advice Mr. Purdy had for the Class of 2016,

“It’s really important that during Pre-Reg to sit down with your counselor and talk about your courses,” he shares. “They should do this because sometimes people do not take enough difficult courses to match up with what colleges they want to attend. There is also the issue with kids taking too rigorous of courses during there senior year.”

You hear that class of 2016? Make sure to visit your counselor before committing to any sort of curriculum.

Although senior year may not be a breeze, people certainly say it is the best year of high school. So underclassmen, prepare yourselves, because senior may not be as simple as it appears.