Baseball, apple pie, hamburgers, hot dogs, and country music. The Talon delves into one of America’s (and CB’s) favorite music genres. Country music is an American tradition born in the South. Country music highlights the true American soul at every stage of life and is the essence of what it means to be a part of […] 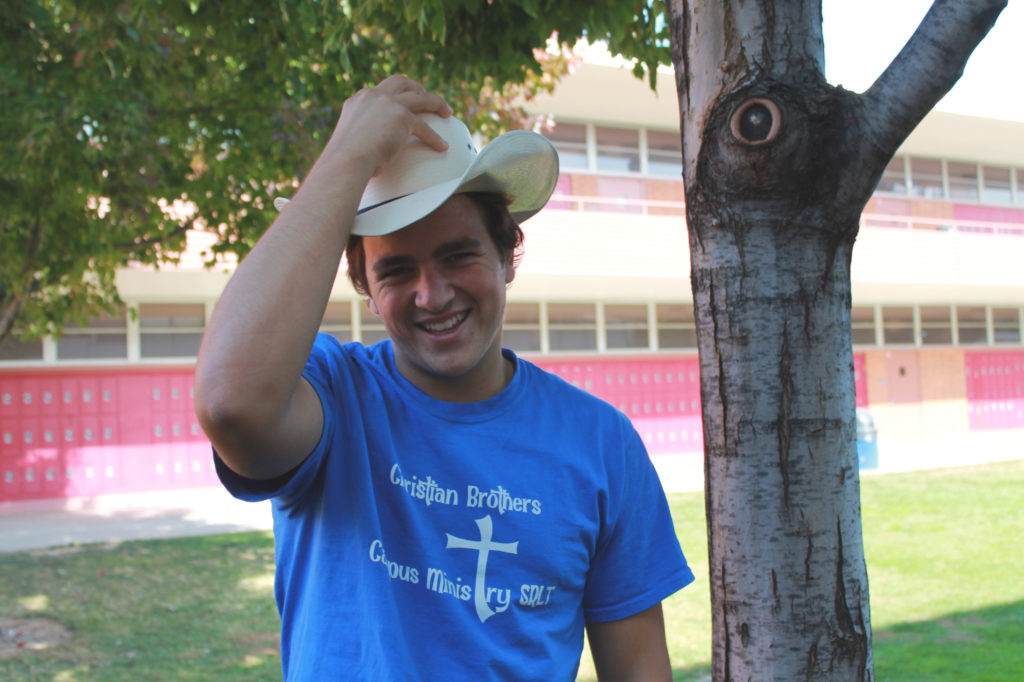 Senior Jack Fondale is happy to hoot n’ holler about his love for country music.

Country music is an American tradition born in the South. Country music highlights the true American soul at every stage of life and is the essence of what it means to be a part of this great nation that we live in.

As Brad Paisley sings, “It ain’t hip to sing about tractors, trucks, little towns, and mama, yeah that might be true. But this is country music and we do”.

Country music has its own dedicated fan base that thrives off of its deeply rooted connection to the defining characteristics of the South.

Katie Hallsten (’15) is an avid country music listener. She thanks her sister for introducing her to the song “Online” by Brad Paisley, which sparked the flint of her love of country music, a passion which is now ablaze.

“It changed my life,” says Katie. “I found a new realm of music to appreciate.”

She makes a great point — country music is a whole different genre that people can explore. It is unlike any other genre in so many ways and has great range all in itself. From the classics like Hank Williams and Randy Travis to the hip new sounds of Florida Georgia Line and Luke Bryan, country music has a sound for just about everyone, if they give it a chance.

Jack Fondale (’15), who has been listening to country music since he was little, wants to clear up misconceptions about country music.

“Most people think it’s about going down huffing some corn,” the senior says. “It’s just about life stuff.”

Country music is story telling about the highs and lows of life. There’s something we can all relate to in the songs that make us feel closer to the artist and the message of the lyrics.

Both Katie and Jack believe one of the best modern day country groups is the Zac Brown Band.

“It shows people what country music really is,” says Fondale of the group.

There’s a certain warmth that comes with country music and the desire for the true American lifestyle it inspires.