For the women of CB, makeup is about more than just looking good. Centuries ago in ancient Egypt, Cleopatra would woo her way into the hearts of the greatest pharaohs. Her secret weapon: a complete palate of malachite eyeshadows, kohl eyeliners, and red ochre lipsticks. Nearly two millennia later, not much has changed. Males used […]

For the women of CB, makeup is about more than just looking good. 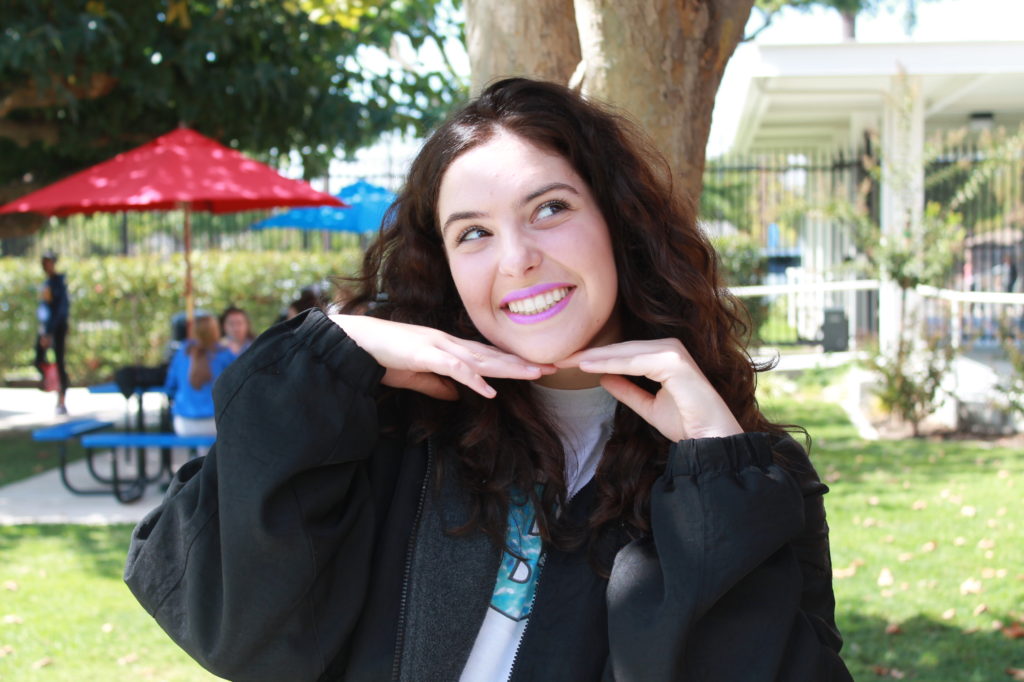 Centuries ago in ancient Egypt, Cleopatra would woo her way into the hearts of the greatest pharaohs. Her secret weapon: a complete palate of malachite eyeshadows, kohl eyeliners, and red ochre lipsticks.

Nearly two millennia later, not much has changed.

Males used to dominate the Christian Brothers campus for decades, but the merging of females has changed the game completely. Girls, with our flippy hair, witty intellect, and rosy cheeks, have become kryptonite to the men, thus adding to the traditional rigor of Christian Brothers.

Speaking of rosy, makeup guru Rosey Kenshol (’15), is widely revered for her wicked purple lipstick, sparkling eyes and overall awesome beauty tactics. Like many of us teens, Rosey wears makeup to “enhance [her] beauty”, adding a unique shimmer to her persona.

There are many reasons women wear makeup but Rosey explains, “I definitely do it for myself — it’s just fun!”

Makeup brings out a confidence that lets character shine brighter and personality pop. As Rosey so beautifully illustrates, “makeup is kind of an art, and your face is a blank canvas, and you kind of cover it how you want”.

Makeup is just another way to show who you are and how you express yourself.

For most women, make up is just a daily essential, like brushing your teeth. This is the case for Ms. Chrys Cassetta, who has attained the rank of “Makeup Master” after years of experience since she first started wearing make up in 8th grade.

With the initial goals of “cover[ing] up freckles” and “want[ing] to be cool” Ms. Cassetta later graduated to “protecting [her] skin from the elements” with some flare.

Her wisest years are upon her, and as Ms. Cassetta acknowledges, the reasons for wearing makeup are rooted in her everyday routine and care for the youth.

Like Rosey, Ms. Cassetta wears makeup for herself, even if she is home all day. It’s a staple in her life now.

To a lot of men, it’s a mystery why women spend so much time  “painting our faces”. Some men, though, get the gist of why women wear make up.

As Louis Heinzer (’15) so poetically puts it, women wear make up “to reach a level of self worth they preconceive for themselves”.

The idea that make up brings confidence to women is a widely recognized reason among both genders. But where women find themselves meticulously making sure each lash is equally measured out with the perfect amount of mascara, men really don’t even notice most of the time. Or they don’t think they notice — how naive!

Makeup is a common expression of individuality and one of the greatest sidekicks a girl could have. Its significance in the life of women throughout time exemplifies its power to benefit the world in a unique way.

So ladies, wake up and Makeup, its a part of life.