Some of CB’s best bromances describe their friendship in their own words. We’re all Brothers, but some bonds run deeper. While walking the halls it’s common to see the brotherly-love that encompasses the “Bromance.” The Talon took a closer look into some of these friendships. The “Swerica” Family “We hang out on the weekends,” shares […]

Some of CB’s best bromances describe their friendship in their own words. 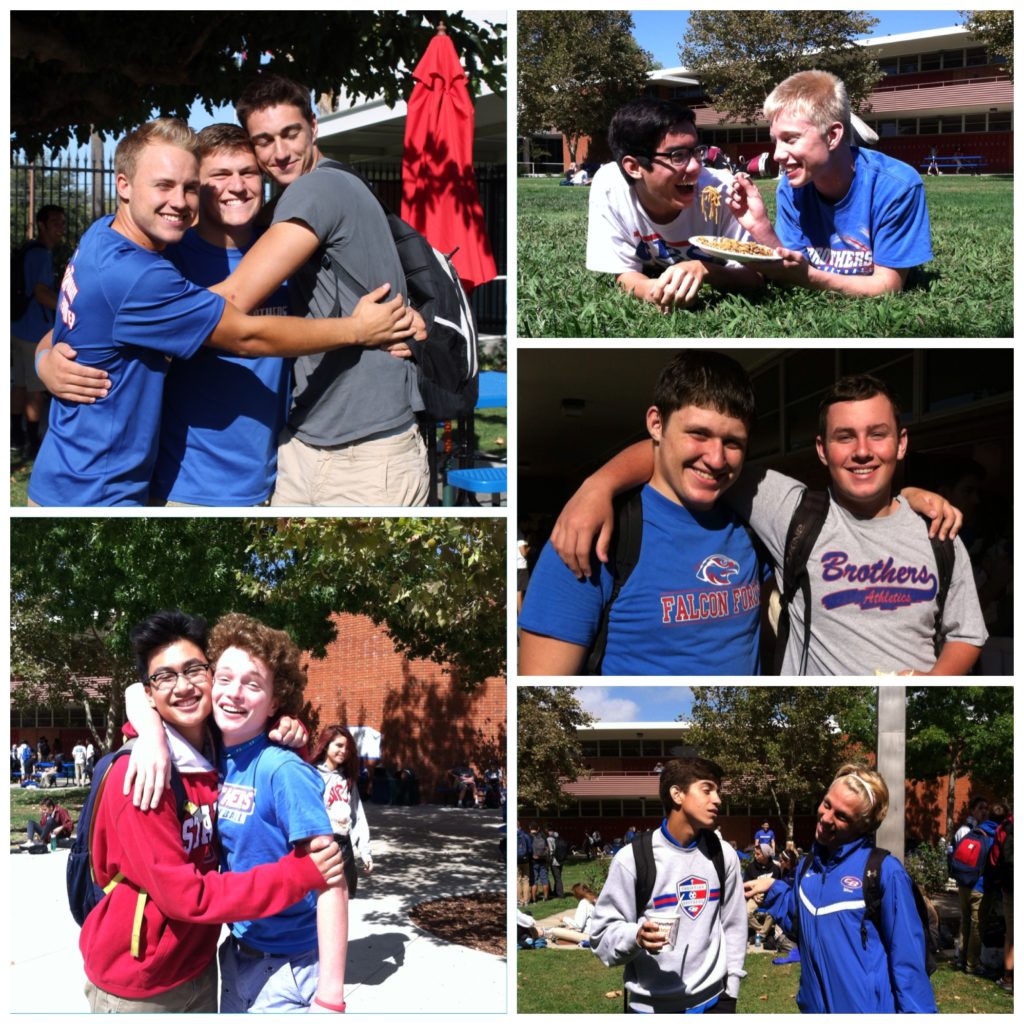 We’re all Brothers, but some bonds run deeper. While walking the halls it’s common to see the brotherly-love that encompasses the “Bromance.” The Talon took a closer look into some of these friendships. 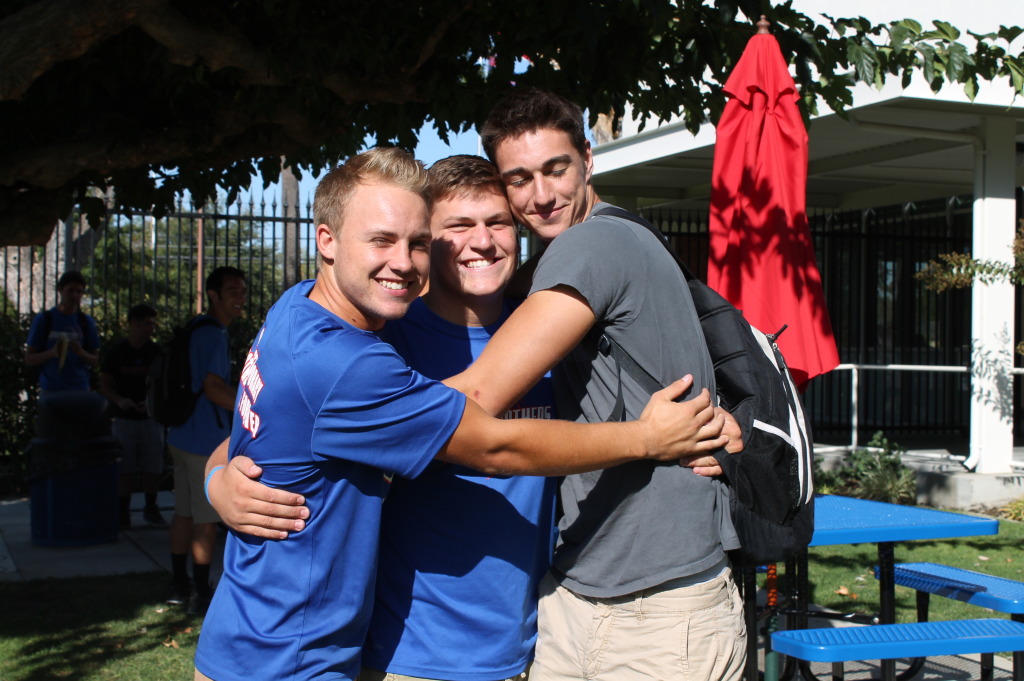 “We hang out on the weekends,” shares Kellen Ralph as he explains how they maintain their friendship. “We try our best to go get some lunch. Little lunch dates.”

“Even though some friends forget to call each other when they go to Chipotle” interjects Jonatan with a glare towards Chris.

“That’s part of the ups and downs but you know we all come together at the end of the day” shares Chris. “We are like a family”

“The Swerica Family” adds Jonatan, showing the love for the Swedish-American friendship. 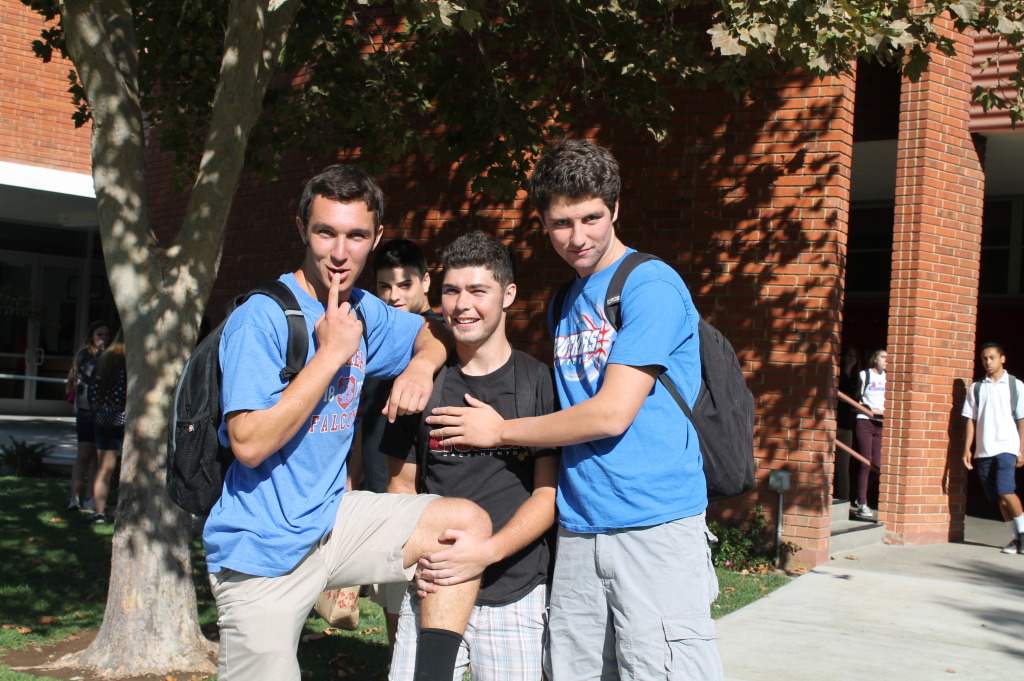 “We are like brothers really. Since age like four or five” Carter explains thinking back on their friendship.

“Since Kindergarten. We all got held back together” says Vince laughing as he shares. 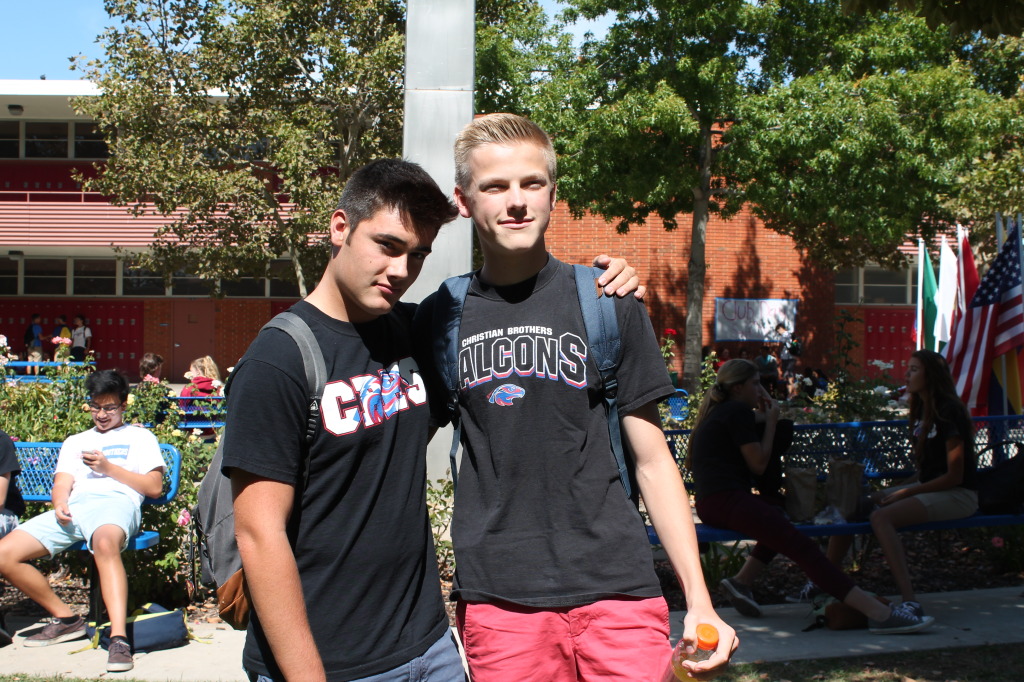 “—In the middle of a lecture” Jacob adds.

“I grabbed his desk and I flipped him over in it” Brayden explains, “Jacob—on the ground—looks at me, straight in the eyes and from then on I knew we would be best friends.” 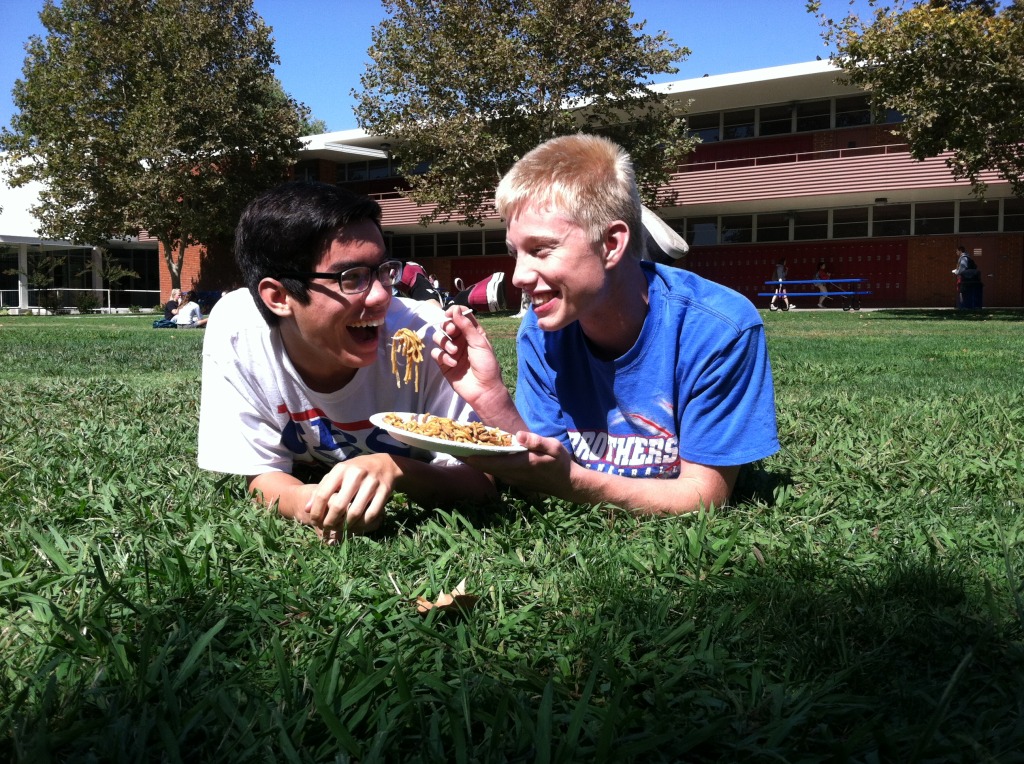 “So I guess our friendship really blossomed over a working relationship where it became the bromance that it is today” says Daniel.

Jack seconded the idea of a working relationship. “We ran for sophomore council freshman year alongside each other.”

“Our first film project together was our ‘Never There’ music video. That really was when our friendship took off.” Daniel says before slipping in an ad for their work. “You may also have seen us on Special News or the original App of the Week”

To close Jack shares his final statement about their famed friendship, 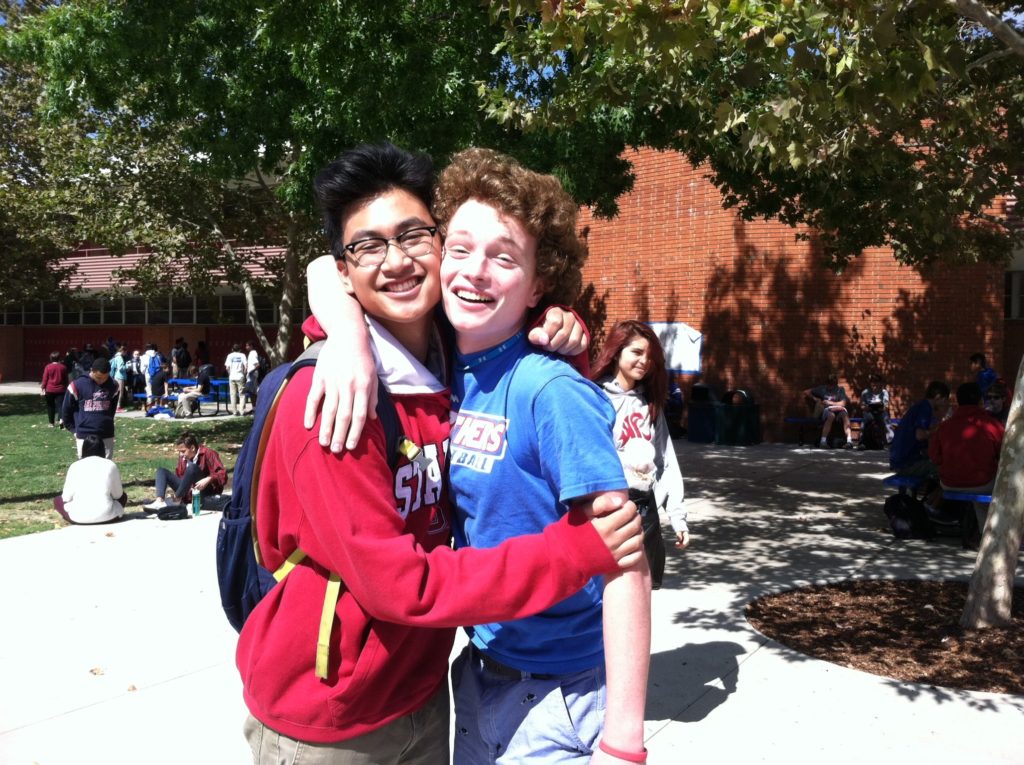 “Our friendship was love at first sight,” remembers Pat Barnes.

“I was going to say love, just love” shares Pat acknowledging the struggle of friendship he continues, “It is at a stall right now. But our friendship will grow.”
“True love does exist” Joseph shares. He and Patrick’s friendship is proof.

Good for the Heart 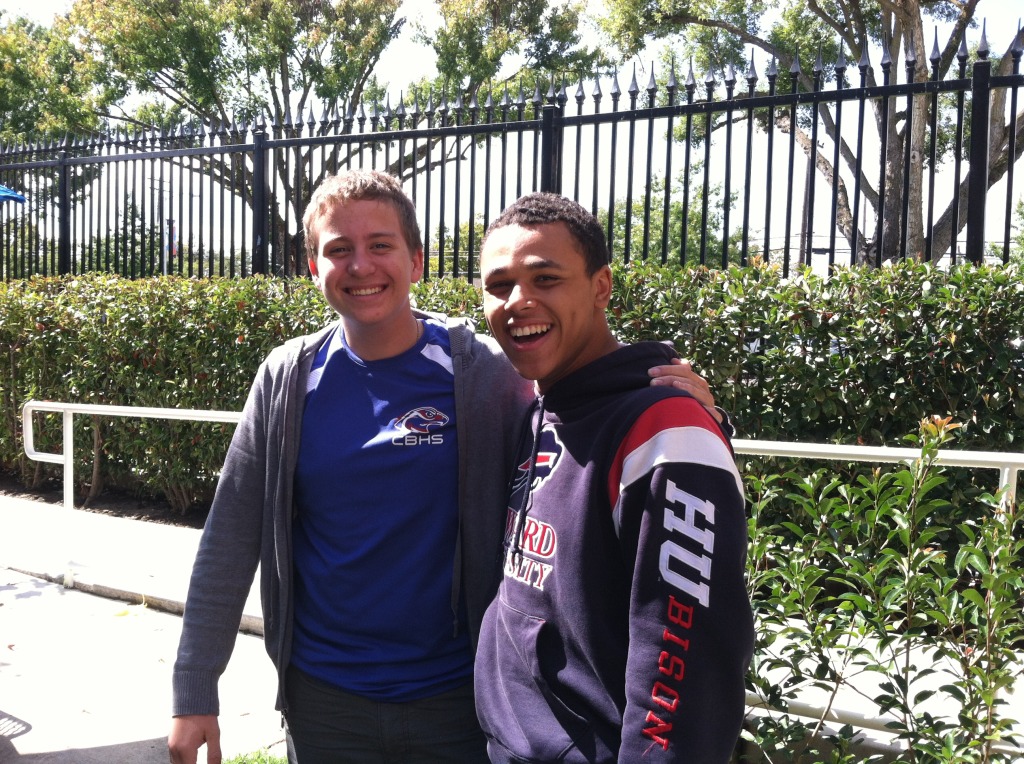 “We’re like a Cheerios commercial,” Justin and Frank agree. “There’s a lot of love, compassion, and advice given.” 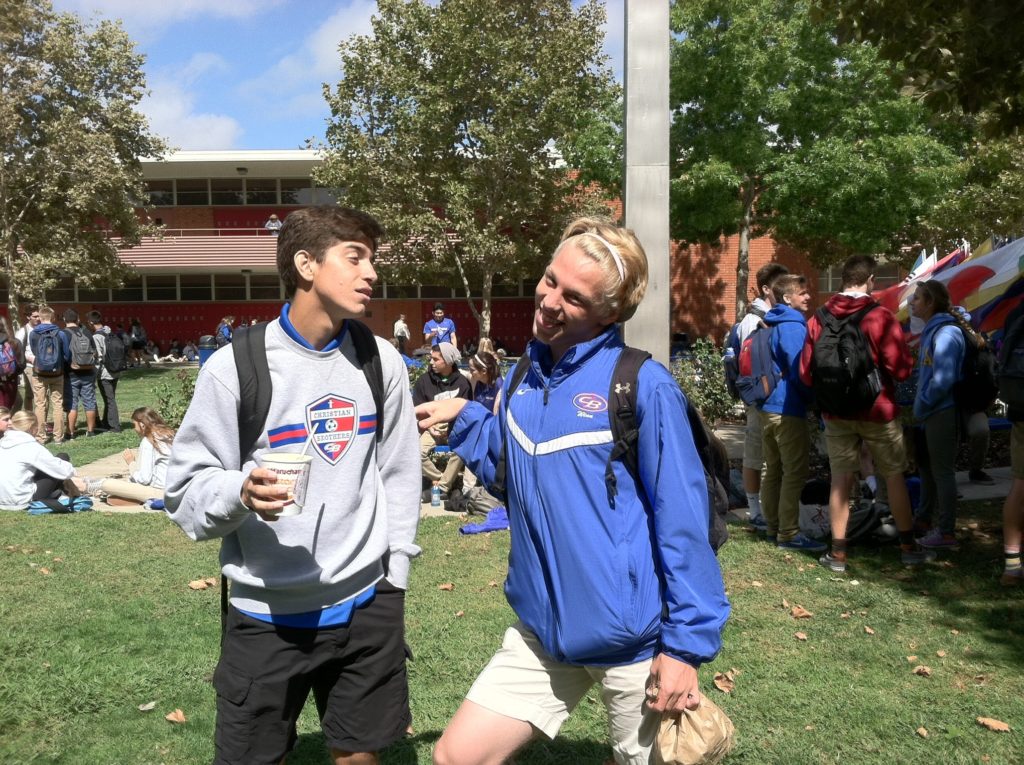 “We met back in 6th grade, bonding over the spherical game of basketball” Madison reminisces.

“We play a lot of improv games to make sure we are on the same page mentally,” he continues. “When Joe starts on his left foot, I’m already on my left foot.”

“We syncopate our walking,” Joe shares.

“We are like Bonnie and Clyde.” explains the impeccable duo. 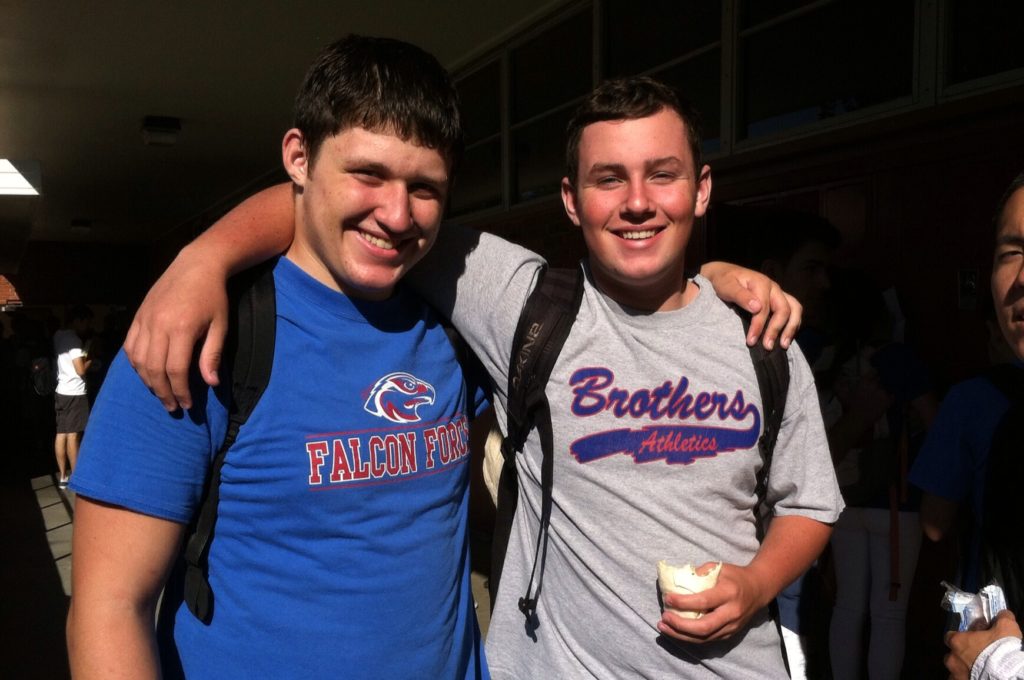 “It’s a very close friendship,” Jaret says. Sports played a large part in the formation of their bromance. “We met freshman year at football practice when he came two weeks late”

“When wrestling season started we got very close.” Jaret shares.

“We’re practice partners so we had to spend a lot of time together.” says Daniel explaining how wrestling contributed to their friendship. 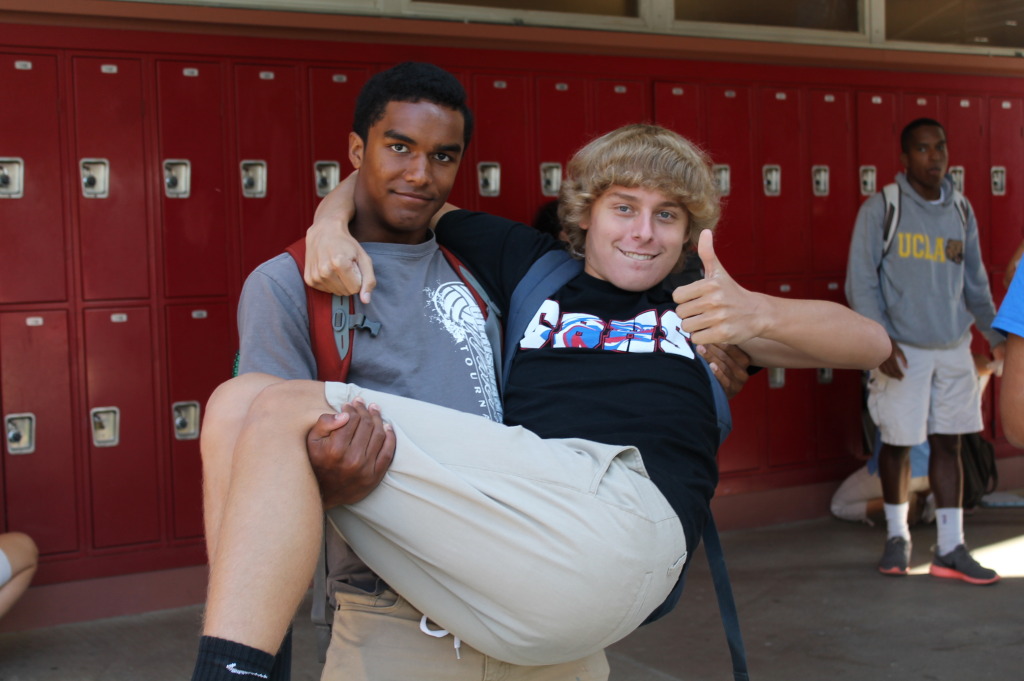 Kyle reciprocates the love. “Everytime I hear Jack say something, I just get really annoyed,” he says.

“But then I realize I don’t talk to anyone else at CB so I’m stuck with him. That’s how it’s been since freshman year.”