Students push for a playground, a snow simulation room, and a nap room as the next additions to the CB campus. There have been a lot of the changes made to the Christian Brothers campus over the past few years, but the students haven’t had much of a say in the renovations.  All CB students […]

Students push for a playground, a snow simulation room, and a nap room as the next additions to the CB campus. 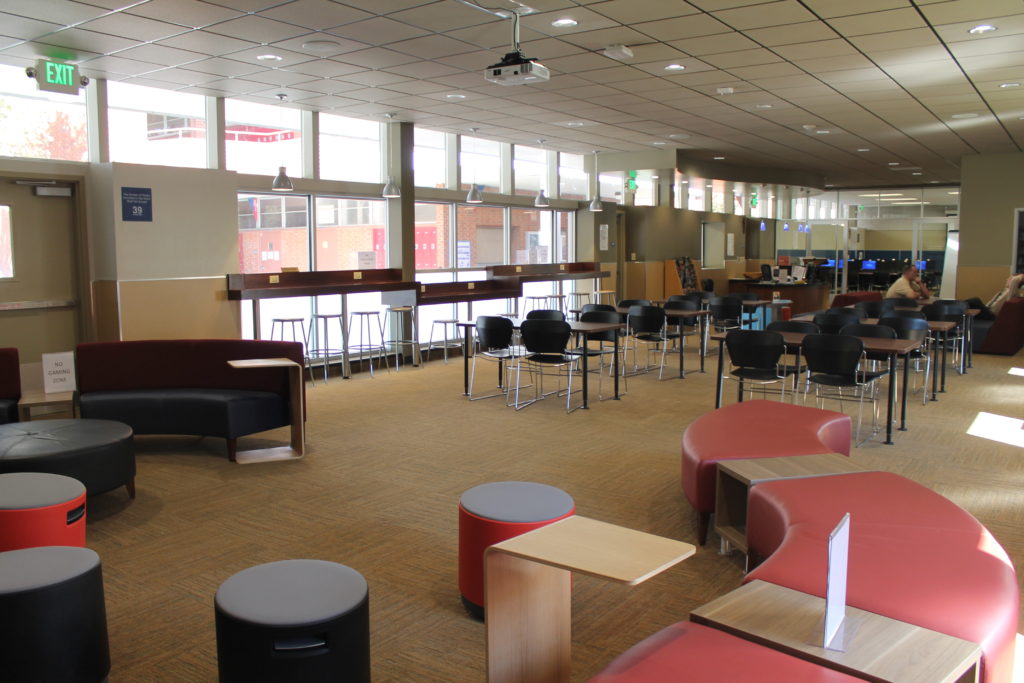 There have been a lot of the changes made to the Christian Brothers campus over the past few years, but the students haven’t had much of a say in the renovations.  All CB students know is that the school had a budget meeting last year to discuss the future changes that would be made to the school.

Some students and parents were allowed to attend and voice their input, but they were not given the ultimate decision, as that rests with the administration.

Basically, the adults of the community had the final say. But where was the student opinion?

There have been some positive student responses to the recent campus changes.

Nick McHale (’17) is the most pleased with change made to the doors of the cafeteria. When asked why he simply states, “they look snazzy.”

If given the money and the freedom to choose, Nick’s first change to the school would have been improvements to some of the sport amenities of the campus.

He desires an “all-weather track along with a turf football field. His track and field experience would be greatly improved by a new running surface and the football team could have home games with a turf field.”

Nick’s dream addition to the school would “definitely be a playground, with monkey bars and a slide,” an idea which should be seriously considered by the school.

Anthony Macy (’15) is most thrilled about the brand new George Cunningham Performing Arts Center. He just joined choir this year and is “really excited to begin performing in this new [venue].”

With its spectacular sound system and wireless microphones, the theater has definitely been an excellent addition to the Brothers campus.

But with the money and the means,  Anthony would build a pool for the swim team and expand on the existing P.E. programs.

He feels that the swim team “deserves a place to practice that is closer by” and he wants more options in physical education classes.

Anthony creatively suggested that the school construct a snow-simulation room for the ski and snowboard club to practice in. He thinks this club deserves more resources because it is “very unique and a neat club.”

Chaila Johnson (’16)  says that the idea of a future breezeway cutting between the 100-400 classrooms would be “a great addition and a time-saver for between classes and navigating the campus.”

Chaila also had an idea about how she would use the money, if given the choice.

As a former tennis player, Chaila would use the money to build on-campus tennis courts. Much like Anthony, she thinks that some sports deserve amenities that are at a closer location to the school.

Chaila had a very interesting idea for the money if she could build anything.

She would use the money for a napping room. This simple but clever idea would give students “much needed rest.”

She goes on to suggest that the school should create an AP Napping course, a class which many students would participate in to catch a few extra z’s.

Overall, the school has used funding to improve the campus effectively. The problem remains that students should have a more active role in the decisions of campus renovation.

Perhaps in the future the school will allow students to take a vote on what the campus truly needs and hopefully alleviate everyone’s suggestions for improvement.