You are here: Home \ Community \ Featured Posts \ Facelift: Who Are We?
Community
0

Facelift: Who Are We?

New signage? Fresh paint? Engineering?! Oh my! The Talon takes a look at the big on-campus summer renovations. This fall, students returning to CB noticed a few cosmetic changes around campus. From the lettering that sits on the front of the school to the cafeteria, the school has been repaired, repainted, and remodeled. Some are wondering […] 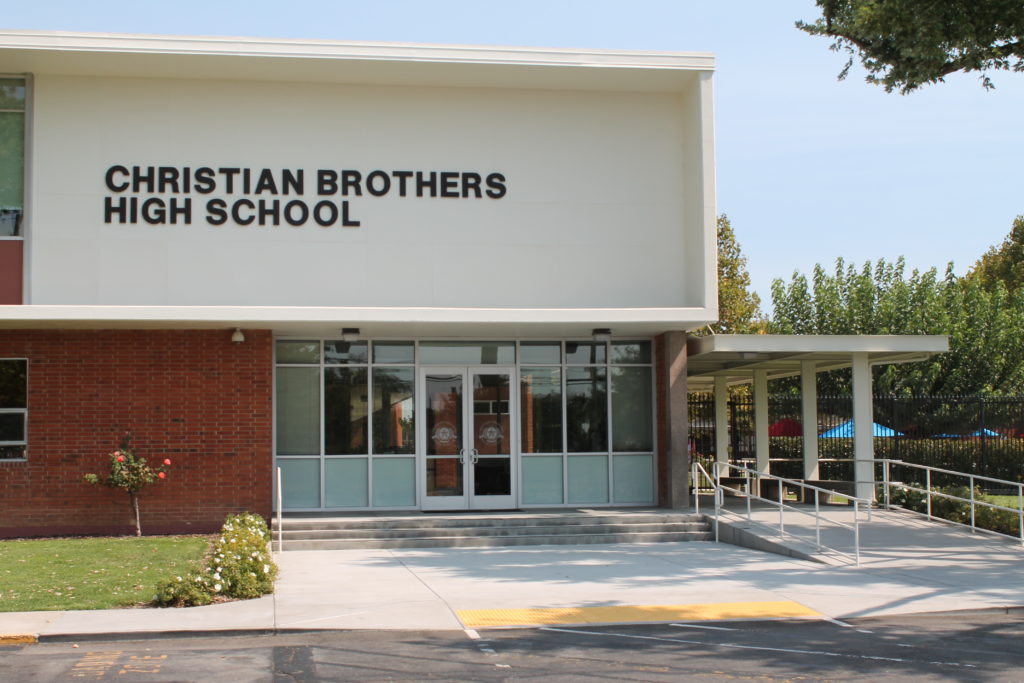 This fall, students returning to CB noticed a few cosmetic changes around campus. From the lettering that sits on the front of the school to the cafeteria, the school has been repaired, repainted, and remodeled. Some are wondering if they’re even attending the same school.

That’s Mr. Steve Barsanti ’78, the Director of Facilities, whose title barely speaks to the passion he has for his job.

“We want this place to really shine,” he told the Talon, though it’s not as if CB was a heap of trash before this summer. In fact, it was only last Spring that the George Cunningham ’40 Performing Arts Center finished construction and opened up to the public.

And the winter of the year before that, we were introduced to the International Wing, a hallway that hosts all of CB’s language classes and a rich sense of diversity. And in the fall of that year (2012, if you’re lost), our very own Brother Edward Hall was demolished.

What the heck? What happened to the school I love? Is anything sacred?

“It’s the same school I remember when I was here in 1978, and it’s different [at the same time]” said Mr. Barsanti.

At CB today, alumni and new faces work hand in hand to preserve tradition and break new grounds every year. Like any school, the campus and it’s administrators just want to make the school look and work like a better place. Some would even say, like a university.

“I want it to pop like a college,” says Mr. Barsanti.

With its lounge vibes and almost complete lack of books, the new Learning Commons looks more like a dorm commons than a library. There are no more “Shh!’s”. There are no more endless rows of tables each set with four chairs. There is only “lounge” now. 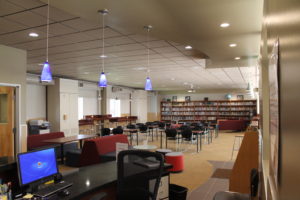 The new Learning Commons poses for the Talon

But like everything else at CB, this party’s far from over.

Mr. Barsanti took me to his office above the Counseling Center — an addition made to the school in 2012 — where he has a map postered to the wall titled “Campus Master Plan.” On it, pipe dreams like college level pools and feasible projects like the engineering lab are packed like sardines to fit the real square mileage of CB property.

“It’s pretty classy,” said Dean of Students Mr. Dave Levasseur, “but it would be cool if my little box here was retro-fitted.”

In the end, the Talon‘s search only uncovered the secret I’ve found again and again. Behind any successful Christian Brothers project is a student or faculty member who cares about their community.

Throughout the interview, Mr. Barsanti continued to remind the Talon, “We just want people to go ‘Whoa.'”