New Kids On The Block

The newly elected rising members of student council have big plans for the 2014-2015 school year. Last month, CB voted on and elected the new student council members for the school year of 2014-2015. Those elected have many responsibilities, such as working many school events and constantly staying involved in the CB community. This past […]

The newly elected rising members of student council have big plans for the 2014-2015 school year. 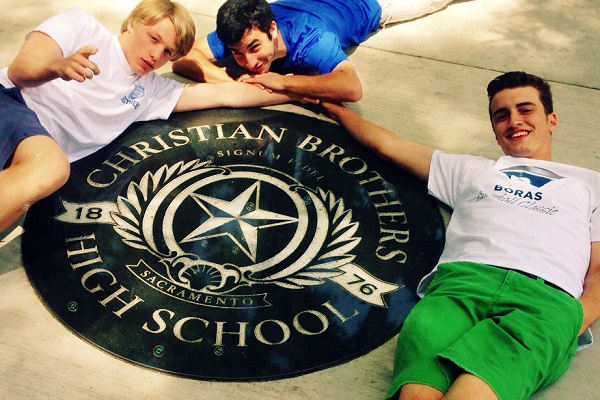 Last month, CB voted on and elected the new student council members for the school year of 2014-2015. Those elected have many responsibilities, such as working many school events and constantly staying involved in the CB community.

This past year’s council has worked hard to organize events and make them as fun-filled as possible in order to draw the students into CB’s wonderful community.Many dances, fundraisers, and rallies are put on by the members of student council each year. The members also have the opportunity to work the Frosh Lock-In held at CB a week before school starts each year. Some members of next year’s council are returning, while others are new to the job.Last year’s Student Body President, Margret Tabunda (’14), had the big responsibility of representing all of CB’s student body. She constantly was working to provide new ideas to administration, manage the student council and overseeing any issues that students approach her with.The Talon went to ask her to advise next year’s student council“As president, you need to stay on top of everything”, Margaret explains, “It definitely can get hectic and stressful with meetings and planning events, but staying relaxed and organized will do the trick!”Kevin Stenvick (’15) and Madison Winn (’15) have stepped up to be CB’s new secretaries of 2015. Neither of them have been on student council in years past, however they both are excited to be apart of it.“I know I have a lot to learn as a first time student council member, but I am excited to dive in head first with new ideas and initiative,” Kevin mentioned,”I am most looking forward to getting to run Lock-In for the incoming freshman because it’s such a fun and memorable event.”Victoria Linares (’15) has been elected as Student Body President on next year’s council. “I’m very excited for next year,” She mentions, “We have a great council. I encourage everyone to express their wishes to the student council members so we can create an amazing high school experience for everyone!”Victoria looks forward to taking the position and plans on working hard to make Christian Brothers the best it can be.“As president I hope to make better dances and spirit days,” She says, “I would also like to do some charity work that involves the whole school.”Christian Brothers will be moving forward, as always, in creating a thriving community. We wish these newly elected student council members the best in leading our school the right direction and transition us into the 2015 school year.