Traveling without traveling: experience the world at home by hosting foreign exchange students. It has always been one of my many dreams to travel around the world. I love the excitement of new cultures and new people. In the summer my family usually ventures off to far-away places, but during the school year, grades come […]

Traveling without traveling: experience the world at home by hosting foreign exchange students. 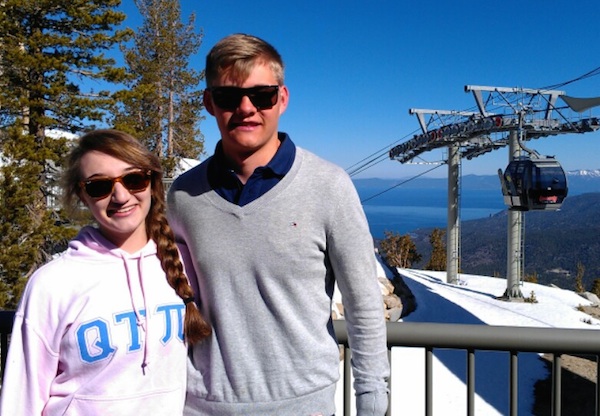 It has always been one of my many dreams to travel around the world. I love the excitement of new cultures and new people. In the summer my family usually ventures off to far-away places, but during the school year, grades come first and traveling is not really an option. What better way to still experience the world and be at home than to host a foreign exchange student?

I finally got this chance in April.

The exchange program I took part in was with a group of students from Belgium. They were here for about two weeks, and it was so fun to get to know them, show them our state, and learn about our respective lifestyles.

Even though I have lived in California my whole life, I got to see it in a whole new perspective when exploring it with my exchange student, Arne Wouters.

While they were here, they had a schedule that was jam-packed with sightseeing and fun. They began their two weeks with Sacramento Day, and hit all the hot spots of California’s capital city: Old Sac, the Capital Building, and the Railroad Museum.

Two days were spent enjoying the big-city life in San Francisco, while another two were spent soaking in the nature of the Yosemite Valley. My family made sure to hit Lake Tahoe, as well.

Of course, the food was another highlight. Big Spoon, Chipotle, In-N-Out, and even Hot Italian were some of the places that were a “MUST HAVE.” If I must say so myself, I think the food went over pretty well. After all, who doesn’t love a variety of delicious American specialties?

Even though these two weeks were focused on exposing them to the life of average American families, the Belgian students were also able to introduce us to parts of their culture as well. I discovered really great Dutch music that I would have never ever even thought about had it not been for the exchange.

I learned about differences in how we grow up and I even picked up some of their language, though butchered it when I tried to speak it. Oh, Flemish.

I constantly questioned whether or not they had certain things in Belgium. “Do you have this?” “Do you have that?” “What movies are popular?” “What songs do kids like to listen to?” It was interesting to see the differences in things that are popular here compared to in Europe; like movies, songs, and sports.

Baseball, for example, is a very American sport. Arne had never seen a baseball game before, so we had to attend a Sacramento River Cats game. We got to explain how the game worked, as well as introduce him to baseball traditions: peanuts, sunflower seeds, the Seventh Inning Stretch, etc. A Sacramento Kings game was another sports game we made sure to take him to.

It is really quite fun to play tour guide and to be able to show other people your favorite places, where you grew up, and tell them about your life. But at the same time, you still learn about them as well.

In our conversations, I learned about his hobbies, what his schooling is like, and what activities he does with his friends. He goes to the gym and does Krav Maga and he also likes cycling, traveling, and back-packing as well.

I also learned about the complexity of the Belgian government…Weird thing to discuss, but it is basically one of the most complicated institutions to ever exist. In a video I watched, it stated that Belgians were the best at making the simplest things convoluted. Go Belgium!

The whole exchange experience really is unforgettable, and it is so worth every second! You make connections around the world that open up doors to traveling and exploring new cultures. So if you have travel plans for the future, hosting is an excellent place to start.

At Christian Brothers we have many opportunities to host students from around the world. If you’re interested, see Miss Gallagher for more information.