The New Face Of The SAT

College Board releases sweeping changes to the SAT. How will this affect CB students? 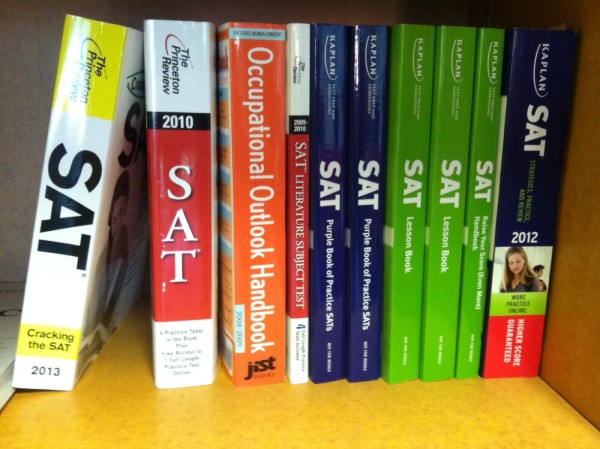 At the beginning of March, the College Board released news of major changes to the SAT Reasoning Test. One of most notable revisions of the test involves the manner in which it will be scored; test-takers will no longer be penalized for incorrect answers, but only rewarded for correct responses.

In addition, the essay portion of the exam will now be optional as opposed to mandatory and the test will once again be scored out of 1600 points instead of the current 2400 scale. These and other minor changes in the SAT will come into effect in March of 2016.

Christian Brothers’ very own College Guidance Counselor Ms. Melissa McClellan has a very informed opinion on the major shift in such an important factor of college admissions.

“I think it will be easier for students who have a hard time with the way the SAT is worded,” she predicts. “It’s a reasoning test versus the ACT, which is based upon what [students] are learning in school.”

According to our college guru, a more “curriculum-based” test will be a more accurate indicator of a student’s academic abilities. After all, the purpose of the test itself is to gauge how well each student will perform as a freshman in college.

As a student who has had first-hand experience with the current SAT Reasoning Test,  Vincent Salazar (’14) offers his thoughts on the test’s changes.

“I wish they had done this a few years sooner,” says the slightly bitter senior. “Maybe I could have scored higher in the test.”

Some students have negative views toward standardized tests in general.

“I believe that standardized testing is the downfall of humanity,” says Allie Schwartz (’14). Her friend Katrina Cazel (’14) agreed, explaining that “it puts a lot of pressure on kids doesn’t show how hard we work in school”.

While standardized tests such as the SAT bring their fair share of stress and pressure, they remain and integral aspect of the college admissions process. Students all over the country are hopeful that the new and improved SAT Reasoning Test will better reflect their work in school and take them one step closer toward their college dreams.