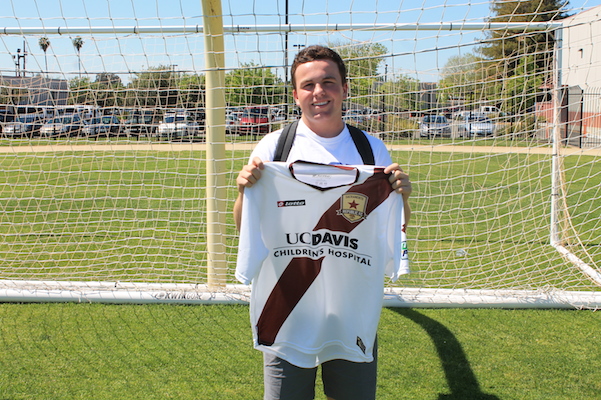 The Republic now joins a small, yet storied list of major sports franchises in Sacramento, including the Kings and the River Cats. Owned by the father of CB’s own Dominic Smith (’15), the Republic has been making waves not only in the Christian Brothers community, but also in the Sacramento community.

Dom thinks, “it will provide Sacramento with another great source of entertainment.”

Along with his excitement, Dom also shared the future plans for the Republic, “Year 1: prove Sacramento is a good host for a soccer team. Year 3: obtain and purchase the rights to own an MLS franchise. Year 5: Build a downtown stadium.”

CB soccer sensation Joseph Delgadillo (’15) weighed in on the new team and its impact on Sacramento. “Soccer is a worldwide popular sport that brings countries together for the World Cup and will create a stronger, more fun soccer community in the area,” he says.

Along with bolstering the soccer culture of Sacramento, Joseph believes there will be “countless financial benefits” to come as well.

Christian Brothers legend and alumnus Eddie Ralph ’10 recently began working for the soccer club as their Media Relations Coordinator. He is extremely excited for the Republic to find a home here in Sacramento.

“I think there is a great market in the Sacramento area for soccer and there is a lot of support which will make for a great atmosphere — one of the best in the league,” he believes.

Like Joe, Eddie thinks, that the team will bring a sense of unity to the community. “We want to support a team and I believe that we are a team that people can get behind and gather around.”