The real story behind CB colors, which code a key aspect in CB’s school culture. Red, Blue, White: the colors that identify the Christian Brothers Falcons. Colors are a large part of what identify CB, but what’s the story behind this color scheme? Ms. Kristen McCarthy described how these colors were adopted. Back between 1900-1910, […]

The real story behind CB colors, which code a key aspect in CB’s school culture. 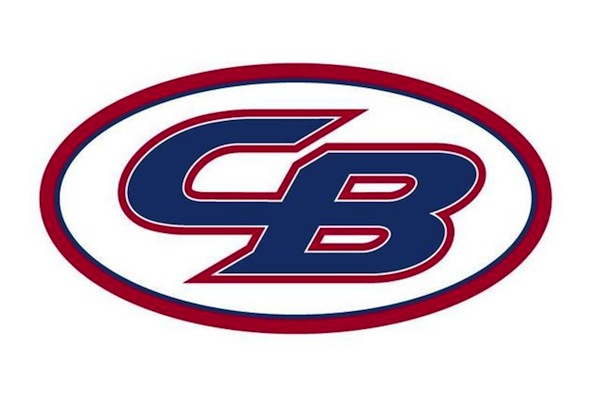 Red, Blue, White: the colors that identify the Christian Brothers Falcons. Colors are a large part of what identify CB, but what’s the story behind this color scheme?

Ms. Kristen McCarthy described how these colors were adopted. Back between 1900-1910, CB utilized the image of the Boston Red Sox. However in the 1920s, St. Mary’s College began calling themselves the Gaels, and CB experienced a change as well.

“We were given their cast off uniforms,” Ms. McCarthy said. “We adopted the colors of St. Mary’s because we used their uniforms. We became the Falcons.”

Our primary blue is what truly identifies Christian Brothers as the Falcons.

“Back in the ‘70s and ‘80s, we were a little more red than blue, but now we are primarily our blue,” the Director of Communications explained.

As the CB community has grown, blue has become the more dominant color. Many find the combination of blue and red appealing, but the blue is what really makes CB known.

“The focus on the blue identifies us. We stand out as a result of that.” Mr. Tom English says.

“When you look up from the field at Holy Bowl and you see that sea of blue, you know that’s Brother’s blue,” Ms. McCarthy eloquently articulated.

Colors have a greater significance than people often realize. On a deeper level, Christian Brothers’ colors contribute to the community.

“They are a form of cohesion. When you talk about the blue and the red, people automatically think of this school,” Mr. English described.

“Our brand is important. The blue helps unite us all,” Ms. McCarthy said. A likely reason for the blue dominance is the red and white dominance of CB’s rival schools, St. Francis and Jesuit.

The fact that Christian Brothers has specific, precise colors down to what web colors, spot colors, and process colors must be used, is not something that everyone knows.

CB may have strict guidelines, but they are crucial for CB to be CB. One guideline outlined in the Manual is that blue should always be the dominant color.

“I love our school colors. I love the blue, I think it just pops,” Ms. McCarthy expressed.

She added that the blue white and red are All-American and represent Falcon Pride.

“I love the fact that it connects back to our history and takes us into the future,” she says.

Having the foundation of school colors provides a starting place for identifying with the school. Perhaps that is why all schools have set colors — so they can form a greater sense of bonding and community between the students.

Mr. English enjoys the dominant blue, followed by red and white as “they are traditional and they blend well together.”

Color is a large part of what holds people together, so recognizing and appreciating the code is key. So keep an eye out for that Brothers Blue.