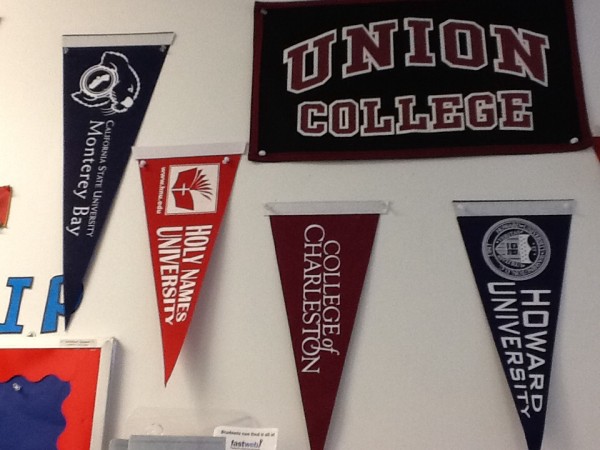 As college application season came to a close towards the end of January, Christian Brothers’ seniors enter the long and anxious period of waiting for responses.

Ms. Melissa McClellan, College Guidance Counselor at Christian Brothers, is present to help the students at each step in the college application process.

“It’s hard because we really just have to wait,” she comments on the long waiting period for responses from colleges.

Throughout her years as a college counselor, Ms. McClellan has seen that bigger name schools seem to generate the most anxiety in anticipation of an admission decision.

“Nobody wants to get a denial letter,” she mentions, as they tend to be accompanied by a feeling of inadequacy for the student.

There are, however, some smart ways to ease the stress of waiting for a college response.

Students are also encouraged to apply to “reach” schools that the student has a chance of being admitted to but does not necessarily meet the requirements for.

Applying to schools with rolling admission also helps to lower the imminent stress of the waiting period, as these schools provide a decision response in a matter of weeks.

The pressure from the perspective of a student can be extremely hard to handle. Matt Reade (’14) is “very nervous” as he awaits a decision from Yale University, his dream school, from which he was deferred about two months ago.

“There are a lot of variables with this process for me such as my living arrangements and the cost of my education,” the senior explains. “I can’t wait to have some peace of mind and know where I will be spending the next four years.”

A fellow classmate, Haley Snyder (’14), has committed to play collegiate softball at Stanford University. Instead of waiting for a response, Haley waits for the school year to end so she can start a new chapter of her life at one of the nation’s greatest colleges.

“It’s a great sense of relief to not have to stress on where I’ll be the next four years,” she says. “I’m more anxious and excited than stressed– I can be at peace with this decision regarding my future that some are still not sure about.”

The process of waiting is different for each student. However, with so many amazing universities in the country, students can rest assured knowing that there is a school out there for everyone.