The Boy Band is Back

1D,  JB, and E3 — which is boy band the best? Harry Styles, Niall Horan, Zayn Malik, Louis Tomlinson, and Liam Payne. Chances are if you’re a CB student, all those names sound familiar. That’s because One Direction is one of the top boy bands right now. But what about all the others like Big […] 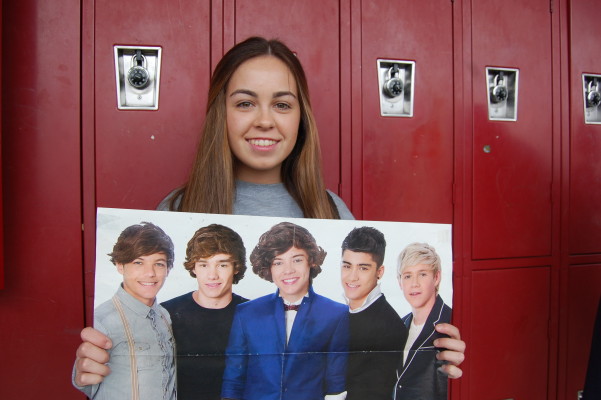 Harry Styles, Niall Horan, Zayn Malik, Louis Tomlinson, and Liam Payne. Chances are if you’re a CB student, all those names sound familiar. That’s because One Direction is one of the top boy bands right now.

But what about all the others like Big Time Rush, Backstreet Boys, and N’Sync? How are people all over the world supposed to pick a favorite when there are just so many options?!

When I was sitting in class pondering about who to interview for this article, two of CB’s favorite teachers came to mind: Mr. English and Ms. Shackel.

Surprisingly, the two actually agreed on something.

“[The Beatles] were the best of the best,” Ms. Shackel shared.

Mr. Levasseur also had some things to say about his favorite boy band from back in the day.

“I was really, really into Boyz II Men,” Mr. Levasseur shared embarasingly. “It was a time when I was into R&B music — I didn’t know any better because I was the oldest…I didn’t have, like, a cool older brother.”

All three teachers had quite a few things to say about One Direction.

“I’ve heard a couple of One Direction’s songs, but I would never buy their albums,” Mr. English shares.

“Luckily [my daughter] hasn’t gotten into One Direction, because whenever I hear their songs, I’m not like ‘I wanna listen to this right now’,” Mr. Levasseur discloses. “They think they are too cool, they aren’t humble enough.”

But the teachers weren’t the only ones with something to say about 1D.

Luke Harris (‘16) had an answer I wasn’t expecting to hear from a teenage boy.

“My favorite boy band is One Direction — they are very good singers and musicians,” he says. “Their music has strong moral lessons.”

You might think he was kidding, but he has been a self proclaimed Directioner for a while,

“I’ve liked their music for a long time, since they started on XFactor.”

MaryClaire Hancock (‘17) shared that her favorite band is also One Direction with an explanation as simple as “have you seen them?!”

“One Direction kind of just goof around on stage and they don’t do anything, whereas N’Sync and Backstreet Boys have hardcore dancing and outfits,” she says of her fandom. “I guess it’s just personal preference.”

Of course, it’s important to remember the original boy bands.

But sometimes, people’s favorite music aren’t the songs heard on the radio.

“My favorite boy band is Black Veil Brides,” says Juliana Fraser (‘17). “One day I was randomly on YouTube and I found their songs.”

“My favorite boy band would be the Naked Brothers Band,” says Jeremy Wackman (‘16). “Their music really connected with me spiritually when I was a youngster and it has just continued.”

No matter what kind of boy band you’re into, NEVER, EVER, be afraid to flaunt it.