Find out how CB students and faculty are reacting to the lack of snow in the Sierras. 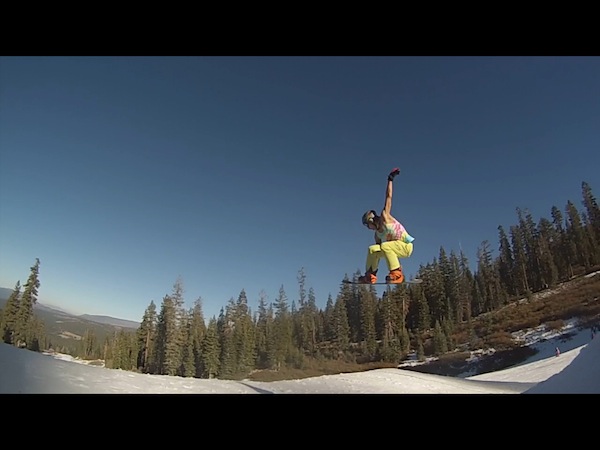 Winter is a time for many people to go and enjoy many fun activities. But unfortunately these activities have been limited because of the lack of the snow in the Sierras.

Many active skiers and snowboarders have not been able to go up to the Sierras and enjoy a nice relaxing day in the snow because there is just simply not enough snow to enjoy. So they are forced to stay at home, or pray for snow.

CB faculty member and Ski/Snowboard Club Moderator Ms. Kelly Safford is surprised about the lack of snow this winter.

“This year for me is just shocking and scary and it’s definitely not what I expected for this winter,” she says.

For some people, the lack of snow hasn’t stopped them from going up and getting a few turns and jumps on the slopes. It has, however, made it a lot more difficult for certain people to improve their tricks and moves.

Andres Avila (’16)  is a long time snowboarder and the current president of the Ski and Snowboard Club who travels up to the Sierras around thirty times a year.

However, due to the lack of snow, he has not been able to go up the Sierras as often as he had planned.

“It [stinks], but I mainly ride park so there is a lot of man made snow,” Andres says. “But a lot of my friends do back country skiing and they haven’t been able to do that because there is no snow.”

This drought that California is going through has forced many individuals to give up on the hope of skiing and has forced them to look elsewhere when it comes to fun winter activities.

Jackson McMullen (’15), an avid skiier, has been forced to find other activities to enjoy this winter.

“I’ve been mostly staying in Sacramento and finding other activities to do, either completing the piles of homework my teachers give me or hanging out with friends,” he says.

Thankfully, the amount of rain that Sacramento has received in the past few days will likely mean there will be a good amount of snow in the Sierras. So get your gear ready, because it looks like our prayers have been answered.