Watch out, Mary-Kate and Ashley.  Find out the touching story of these twin sophomores.  Walking around Christian Brothers, I rarely see new faces. There are only about 1,000 students in the school, and walking to the same 7 classes each week generally forces me to cross paths with the same people everyday. Last year, I […]

Watch out, Mary-Kate and Ashley.  Find out the touching story of these twin sophomores. 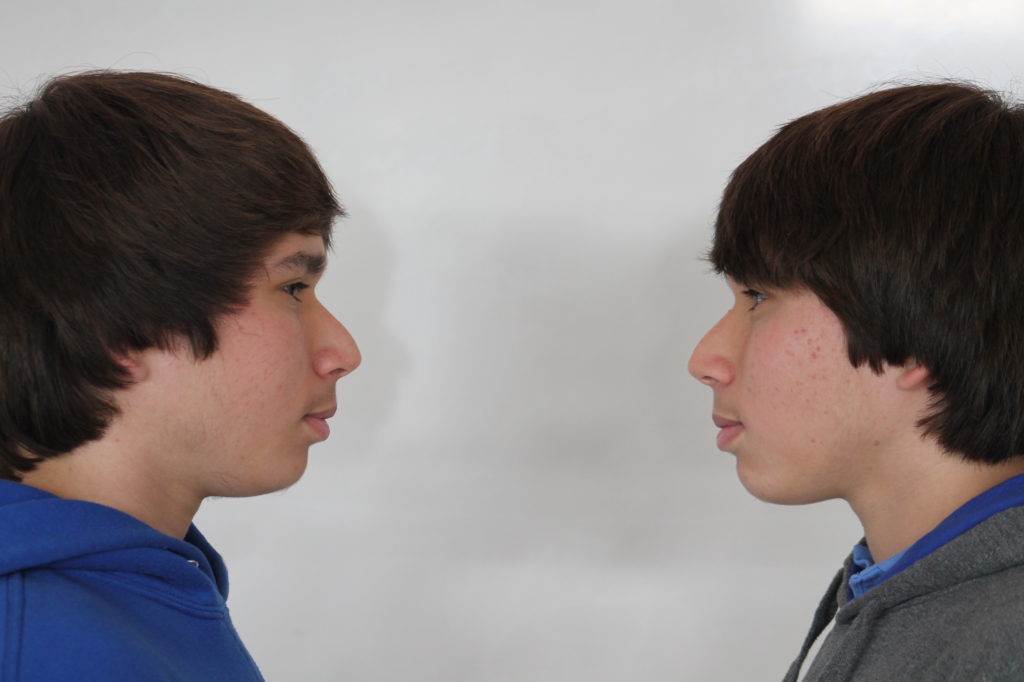 Walking around Christian Brothers, I rarely see new faces. There are only about 1,000 students in the school, and walking to the same 7 classes each week generally forces me to cross paths with the same people everyday.

Last year, I would occasionally see a freshman with hair that resembled a bowl cut, but he definitely had a little bit of the Classic Bieber swoosh. He was average height, he wore a lot of college sweatshirts,  and he had hazel eyes. I never knew his name, and I never thought much of him.

But then one day, I saw two of him.

That’s right, twins. Ben and Josh Brouwer (’16). It was weird. So weird, in fact, that I wanted to interview the two and get the story straight. Are they friends? Are they related? Are they the same person?

But before I got a chance to talk to the Brouwer Boys, I ran into Mrs. Jennifer Makol, their literature teacher. I entered her room and immediately she told me how she’d “love to adopt them and take them home.” I’m about to rack up some serious brownie points for these kids.

When I asked her if she could tell the two apart, she told me that “it’s just too much work.”

She continued to say that the twins are both highly accomplished, both polite, and revealed that if she were in 10th grade, she’d want to date one of them. Mrs. Makol, please, ease off that gas pedal.

I ended the interview by asking her if she prefers one twin over the other. She was very quick to say no, but only because she  “can’t tell them apart.”

Shortly thereafter, I invited the twins to a little doppelganger banger in the Talon Newsroom aka Room 303. From then on, it was basically a twin confessional.

The two boys grew up together, both attended Sacred Heart, both came to CB, and both dream of prestigious universities (Stanford and UCLA). But what makes them different?

He was pretty quick to admit Josh’s dominance, and Josh agreed. But they also agreed that Ben is more athletic. They compete in most things, simply because they are twins, though it’s healthy competition.

When one does better than the other?

“It’s fine. We’re happy for each other.”

The boys also revealed some of the hindrances of being a twin. Unlike the average student, they are used to having what one might call a “study buddy.” Unfortunately, Ben did not get into AP World History while Josh did, and now both of them are facing their history classes without a buddy to help ’em study.

“I actually have to read and make flashcards to test myself” said a frazzled Josh.

From studying for class to going out with friends, they are generally together.

“The biggest part [about being a twin] is always having someone there” said Josh.

Ben and Josh have found that most people can’t tell them apart. 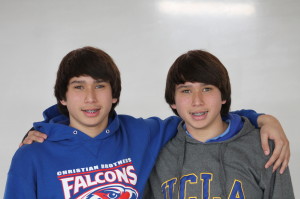 But very often, people ask the twins how to tell them apart, and the boys don’t know what to say.

These young gentlemen are on their way to becoming the leaders of the twin world, and maybe even the free world. Everyone I spoke with had endless praise for these twins, but no one said it better than Ms. Makol.

“They’re the type of boys a mother would hope her daughter dates and her son hangs out with.”