Is Deutsch done? There are mixed feelings over whether or not German will be offered as a course next year. Spanish, French, Mandarin. What’s missing? Christian Brothers High School offers a variety of languages, but German is in its final years at CB. “About 10 years ago, when it came to filling the German classes, […]

Is Deutsch done? There are mixed feelings over whether or not German will be offered as a course next year. 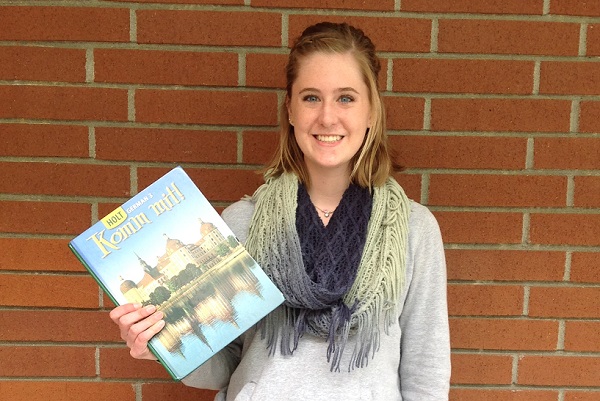 Christian Brothers High School offers a variety of languages, but German is in its final years at CB.

“About 10 years ago, when it came to filling the German classes, it seemed like it became increasingly more difficult,” says Mr. Rolf Schumann, Assistant Principal for Student Life.

The math instructor remembers how he would try to push kids to take German, but even then, the interest level for German III had dropped dramatically.

“We would start German I with anywhere from 15 to 20 kids, and by AP we were down to four kids in a class,” he says.

Christian Brothers is such an inclusive community, that it is only fitting to have instruction in languages spoken all over the world right at home. Despite the fact that German is one of the most spoken languages in Europe, there is controversy over whether or not the language will be kept next year.

Two huge factors in the continuation of the German program next year are “student interest and teacher availability,” according to Mr. Schumann.

“Having a course like Mandarin is important because we are trying to cater to a broader range,” Mr. Schumann reasonably concludes.

When he mentioned the number of people from those different areas of the world coming to CB, it was clear that it is only practical to give them a way to feel at home.

Not only are languages practical, but they can foster new bonds between teachers and students.

Mrs. Aga Snyder, Christian Brother’s current German teacher, says, “I like the language, but I love the students.”

She states that it is so important to let “people know there is the opportunity,” the chance to take class as well as “make sure they know what they can do with the language.”

Learning German is a great way to experience something totally new and different.

“I had taken Spanish for nine years and I wanted to switch it up,” says Kristen Geibel (‘15), an Honors German III student.

The Junior is remorseful about the possibility her favorite class will be cancelled next year.

“It’s a little disappointing because I’ve had the same class for three years and I’d like to see it through.”

Giving some hope to the situation, Mr. Schumann gladly states that “we are going to put AP German on the catalogue for next year to see what type of interest there is.”

That gives students, at the very least, the chance to show how much they would like to continue on with the language. This puts the dilemma into the hands of CB students. It is up to them to show their interest level, to keep the class for one last year.