Down, But Not Out

Find out how the injuries of these CB athletes have impacted their athletic careers  Athletics play a major role in high school students’ lives. Based on how successful a students is in their sport, it can even determine where a student may want to go to college. Most sports today are extremely competitive and have […] 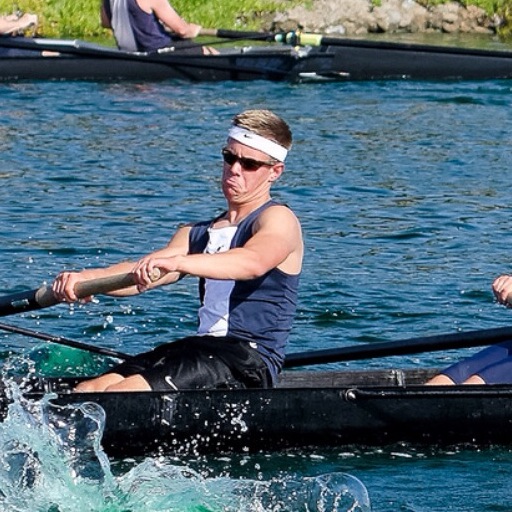 Athletics play a major role in high school students’ lives. Based on how successful a students is in their sport, it can even determine where a student may want to go to college.

Most sports today are extremely competitive and have a high impact of contact involved in the play of the game. With this being said, tragic accidents do occur.

Injuries in contact sports are common, and can either be temporary or permanent.

Most athletes can rehabilitate from an injury and return to the game, but in some cases, the damage is much more severe.

For example, Matt Franzoia (’15) came to Christian Brothers with the dream of playing four years of football and rugby.

“I got two concussions in one game while playing rugby,” said Matt. “The doctors found a spot and a cyst on my brain. I am no longer allowed to play contact sports with the fear of possible brain damage.”

Matt was exempt from homework and physical activity for eight weeks in order to give his brain ample time to heal and rest.

Even though his injury prevents him from participating in any contact sports, Matt’s tragic incident has allowed him to venture into the sport of crew.

“This concussion has set me back and I am still recovering,” explains Matt, “but it brought me to a new sport that I love and can invest my time into.”

Matt can now give one hundred percent to a sport without the fear of suffering from anymore concussions or further brain damage.

Another concussion victim, Chris Pfiefer (’15), has had multiple concussions through his career of football and rugby.

During a football game, Chris suffered a helmet-to-helmet contact injury that changed the course of his sports career. Initially after the incident occurred, he went to the team trainer, who then referred him to a physician. From there, his physician sent Chris to a neurologist.

After numerous tests and brain scans, Chris was found with multiple minor concussions, but the last injury was the final blow that ended his football and rugby careers.

Chris was put on steroids to help his brain heal, so that he could function as close to one hundred percent as possible.

Luckily, Chris found a new sport and love in crew, alongside Matt.

“In the long run I think it was beneficial because it allowed me to play a new sport that I love,” said Chris, “and it opened up new opportunities and new friendships.”

Although Chris is no longer allowed to play contact sports, he has become better and stronger with crew, and expanded his friend group past Christian Brothers.

Though Chris and Matt both suffered from concussions and other injuries of the head, these are not necessarily the most common injury in the realm of contact sports, specifically in football.

Chris and Matt’s former football coach, Mr. George Petrissans, has noticed that the most common injury with football has been ACL knee injuries, and that concussions are quite rare on his team.

“The ACL tear is pretty common, and is becoming noticeably more and more common.” Coach P goes on to explain, “Just because of the amount of time I’ve been involved in football, I’ve seen injuries where a senior blows out his knee early in the season, and it upsets me when he is unable to make a comeback and finish off the way he would have hoped to.”

When an athlete is unable to bounce back from an injury, it can affect his or her future with the sport, and can take them out permanently.

Soccer, being the number one contact sport in the world today, has multiple different injuries that occur from the continuous motion on the field.

A soccer match is 90 minutes of non-stop man-to-man contact and aggression.  The higher the level of play, the more prone players are to becoming injured.

Katie Enos (’16) has grown up playing soccer her whole life, and has not had a severe injury until this past year.

About a year ago, Katie made an unlucky turn with her body, and tore her meniscus and ACL in her knee.

Katie was scheduled for surgery, and is currently still working on her leg strength and knee extension through weekly rehabilitation.

Even though Katie has a long recovery period before she can return to soccer, she is using swim to keep her busy and to help her stay in shape.

“I’m trying not to focus on whether or not I will be able to play soccer again. My doctor is confident that I’ll make a full recovery,” says Katie. “But in the meantime, I’m focusing on getting back to where I was with school, and I am going to join the school swim team to keep in shape.”

Katie is still fears that she may not be able to return to her beloved sport of soccer, but she is hoping for a successful and speedy recovery.

Injuries such as an ACL, concussion, or a fractured ankle, can ruin an athlete’s career for the rest of their life, and are seen in several soccer games.

Soccer coach Mr. Jacob Hunley ’96 explains that the most common injuries he sees on the field are with ankles or knees.

“The recovery time itself can be a couple weeks,” says Coach Hunley. “It will usually take a few weeks to get back into game shape, and it essentially can end a player’s season or have a big effect on their college career.”

There always lies a fear with contact sports of a possible injury, but most kids are willing to risk it if they have a passion for the sport they play.

Although not a contact sport, volleyball has quite a few possible injuries as well.

Volleyball star Jill Thomas (’15), fractured her ankle in her previous volleyball season, when she went up for a hit and landed on someone else’s foot.

This injury exempt her from the 2012 volleyball season, and put her through weeks of rehabilitation.

“I missed lots of practices and games where I could have gotten more touches on the ball,” Jill said. “I was afraid that it would affect my future with sports because I didn’t know if it would ever be 100% the same, since I play multiple sports.”

Luckily for Jill, she recovered from her ankle fracture, and was able to make a speedy comeback after a few weeks of rehabilitation.

Volleyball coach Mrs. Diane Heine believes that the most common injury seen in volleyball is an ankle injury.

When volleyball players go up for a hit and land off base, their injury can range from a twist to a severe fracture, just like with Jill.

“Usually you would expect more of an ankle injury, because of all the jumping and landing.” Mrs. Heine goes on to explain, “We worry about them, and make them sit out long enough that they are able to recover properly.”

Even though injuries are more prone to happen while playing a contact sport, even athletes who play non-contact sports can suffer from serious injuries, though of a different nature.

Baseball is an example of a non-contact sport with a multitude of injuries.

Jimmy McCauley (’15), one of Christian Brother’s prime pitchers, has experienced one of the most severe injuries seen in a baseball player.

Jimmy has had extreme damage in the ulnar nerve in his elbow from pitching.

“The injury was luckily not a long term setback,” Jimmy explained, “and I had full functionality back in about a month.”

In baseball, the most common injuries stem from the overuse of muscles and tendons, or bad arm care like not stretching and throwing too frequently.

Jimmy was smart to rest his arm, and treat it well enough so that he was able to bounce back and make a semi full recovery.

Once injured, there is always the possibility to re-injure the weak spot, and possibly cause worse damage than before.

Some athletes rely on sports to get them to and through college, and when serious injuries arise, their dreams and futures are demolished.

No injury can be taken lightly in sports, because any little thing can end a career.

When dealing with injuries, high school athletes need to keep in consideration the long-term effects if they do not get treatment or begin rehabbing as soon as they can.

If not rehabbed properly, or at all, the over usage of a tendon, muscle, bone, or ligament can cause worse damage. Overuse injuries occur over time, when an athlete continues to play, and parts of the body do not have enough time to heal between playing.

Since teenage athletes are still growing, certain injuries could cause possible damage to their growth plates, stunting their growth in that area.

It is important for athletes to take good care of their bodies, and try to do all that is possible to avoid injury.

When playing a contact sport, there is no specific way to completely avoid injury, but using proper equipment, training and stretching properly, and staying conditioned, can help prevent a serious injury from occurring during an athlete’s career.

However, even when taking all the precautionary measures, injuries are still bound to occur. When worst comes to worst, taking good care of the body, rehabbing properly, and taking smart precautions post-injury can help players bounce back into their sport so they are able to continue their career.