The Unsung Heroes Of KBFT

The Talon takes a look at the heart and soul of KBFT, the brave men and women who dedicate their lives to running a smooth show. Christian Brothers High School is home to one of the most prestigious student-run television programs in the country. the legendary and award winning Christian Brothers Falcon TV, or KBFT […]

The Talon takes a look at the heart and soul of KBFT, the brave men and women who dedicate their lives to running a smooth show. 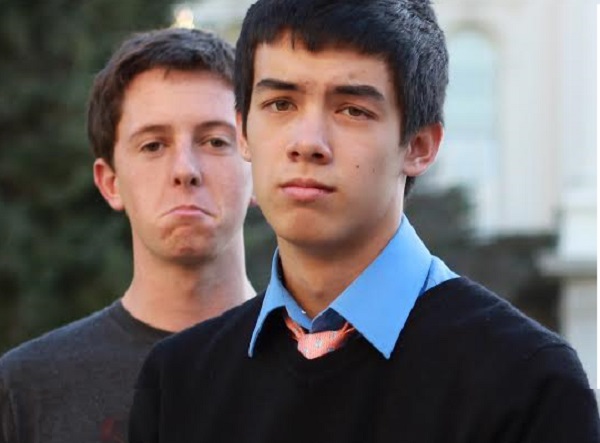 Every morning students can look forward to enjoying the consistently enjoyable newscast run by CB’s very own Video Production II class. But students may not recognize how much work goes into a single episode.

KBFT program director Mr. Brendan Hogan ’95 is the teacher and supervisor for the show, and sat down with the Talon to discuss the unsung heroes of KBFT.

“The truth is there’s a lot of people that need to be given credit,” he says. “That’s the thing about the behind the scenes crew. Everyone is just working hard to get the show on the air and they don’t really care about getting their name in lights, they just care about putting on a good show.”

While anchoring is by no means an easy job, KBFT truly runs on the hard work from many of the tech people that run the show.

KBFT is definitely a team effort.

“There’s different aspects to KBFT, like the prerecorded packages, where different people compile them, and then others work to finish them. The filming of it, the editing of it, the putting it together,” he says. “A single two minute package might represent 30-40 hours of hard work.”

Mr. Hogan describes what a typical day in the studio is like for some of KBFT’s hardest workers.

“We’ll come in on Monday morning and some event will have happened over the weekend, and we will have the raw video of what happened, unedited, on the video chip. We’ll want to play something on the show, and kids in the seats want to see something happen,” describes KBFT’s fearless leader.

Connor, who creates packages as well as runs sound and video for KBFT, is not worried about glory that comes with being on camera.

“If I wanted glory, I’d be in front in the camera, but I think I’m fine where I am right now,” he explains. “There’s a talent in both aspects, in front of the camera and behind the camera, It’s too bad that one gets more noticed than the other, but both sides require skill and contribution.”

Mr. Hogan also wanted to give recognition to one Daniel Lee (’15), who stepped up this year for KBFT to help lead his fellow classmates.

“Daniel Lee is pretty much the show director, the director is basically the person in charge of all of the behind the scenes stuff,” Mr. Hogan says. “His job is basically to make the script come to life. Whoever makes the script hands it to Daniel, and Daniel makes sure that everyone down stream from him knows what they have to do to make that script work.”

When the Talon went to sit down with Daniel, the young and humble tech wizard wanted to make clear that he was just a single part in a larger process.

“I don’t really care about getting recognition,” describes Daniel Lee. “When I hear that video was really good or that video made me cry — that’s what I look for.”

To Daniel, Connor, and all of the hard workers of KBFT both seen and unseen, the Talon salutes you, and keep up the good work.